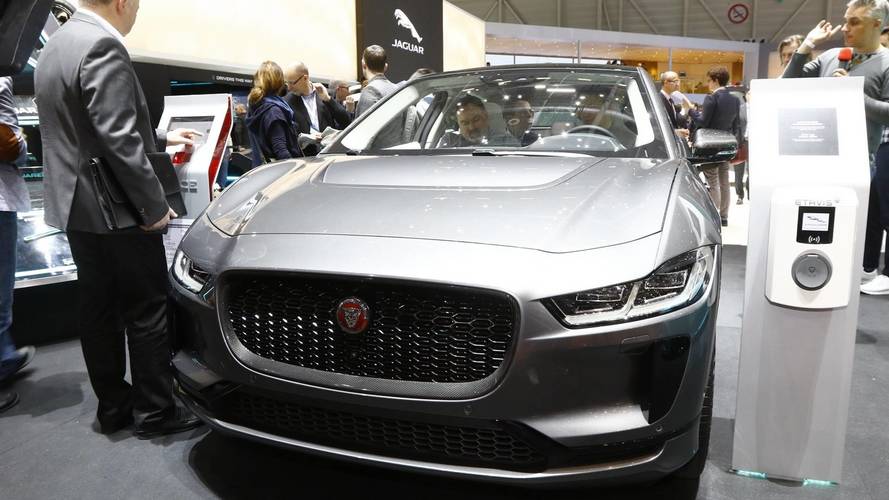 The all-electric SUV will take the fight to Tesla's Model X and the new Audi e-Tron SUV.

Jaguar thinks that Tesla has had the premium electric vehicle market all to itself for too long, but now it and other manufacturers are catching on and releasing their own long-range EV models.

The British manufacturer revealed the production version of its new I-Pace SUV last week, rounding out its 'Pace' range with a third model and its first ever production EV. Now the I-Pace has made its public debut at the Geneva motor show, setting a high bar for other car makers as they launch their own EV efforts in the next few years.

The car, which will also form the basis of a one-make racing series on the Formula E bill, will cost from £63,495, but government grants for electric cars are sure to bring that price down a bit. Range is an impressive 298 miles – nine more than the comparable Tesla Model X – and it will be able to reach 80 percent charge in 85 minutes on existing 50kW chargers. Fast charging capability is also built in, with it able to reach 80 percent in just 45 minutes on a 100kW charger, which are set to be introduced in the UK in the coming years.

That isn't the only smart technology on board. It will have the ability to automatically cool down or heat up the batteries while it is being charged to ensure that the car is in peak condition when it is time to set off. Jaguar's new Touch Pro Duo infotainment system also has a smart navigation system feature that examines the upcoming route to give the most accurate assessment of remaining range, bringing an end to the dreaded 'range anxiety' that puts so many people off buying electric cars.

As with all electric cars, weight is something of an issue. At 2,100kg the I-Pace is definitely a porker, but also like most electric cars, its impressive performance more than makes up for that. The 0-62mph sprint is handled in just 4.8 seconds, with horsepower rated at 395bhp.