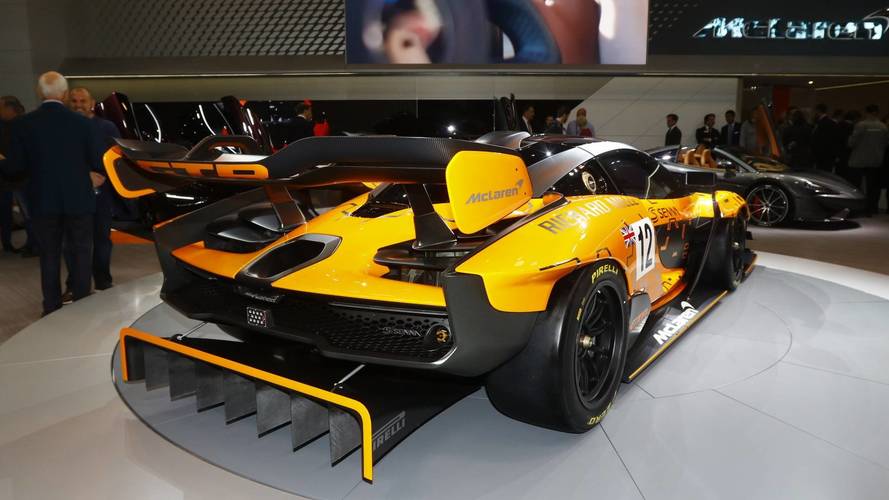 The 813bhp track-only Senna will cost around £1 million

The McLaren Senna is the fastest road-legal car the British brand has ever produced, but what would be possible if you removed the shackles of the pesky law? What if this car was allowed to roam free in track-only form? This is the McLaren Senna GTR, a machine that is said to be the fastest McLaren this side of a Formula 1 car.

This is technically a concept car for McLaren to gauge customer interest, but the intention would be to build just 75 examples for around £1 million. That’s a relative bargain as a P1 GTR was closer to £2 million. Design engineering director Danny Parry-Williams said: 'The McLaren Senna GTR Concept unveiled in Geneva is not the finished article but it does give a clear indication of our thinking for the car, which promises to be the most extreme and exciting McLaren to drive for many years, if not ever.'

A standard Senna is something to behold with its extreme aerodynamics, but this GTR variant can take things even further as PC Plod can’t give the driver a ticket if said driver is lapping round the Spa race circuit. A huge front splitter and rear diffuser combination helps create a vacuum under the car, literally sucking it to the track’s surface once it gets up to speed. The road model’s vast rear wing has been reconfigured and its central locking wheels wear slick Pirelli rubber. Downforce totals an incredible 1,000kg.

Power is supplied by the same 4-litre twin-turbocharged V8 engine, but now it will produce at least 813bhp. McLaren says the the GTR will be faster in a straight line than the road car, which is quite the claim as a standard Senna will do 0-62mph in just 2.8 seconds and go on to a top speed of 211mph.

McLaren’s GTR lineage began with the McLaren F1 supercar which actually won the Le Mans 24 Hours outright in 1995. The track-only P1 GTR revived the nameplate in 2015 with 58 cars being delivered in total. The Senna GTR is only the third model to wear the prestigious badge.