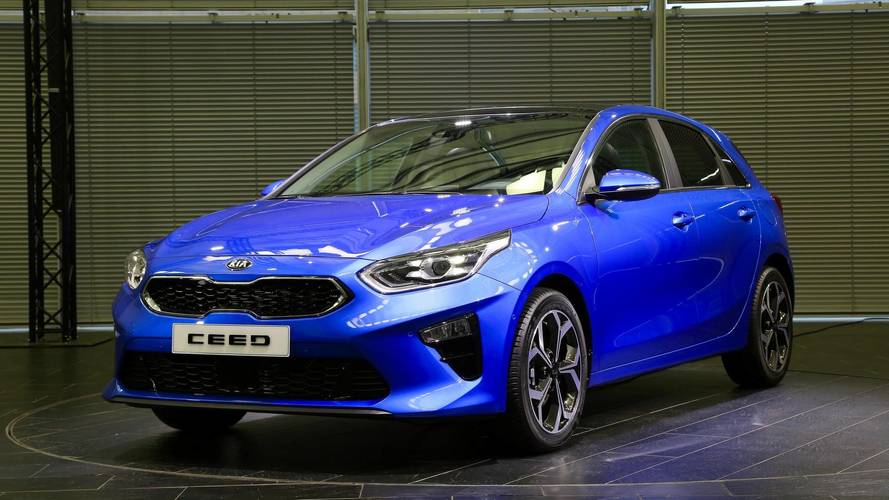 The all-new family car builds on solid success for the Korean manufacturer.

Kia has revealed its all-new third-generation Kia Ceed at the Geneva motor show. The five-door hatchback and estate versions of the car were launched at the same time.

The new car is a more mature take on the family hatchback, offering a stylish proposition for buyers. The latest Ceed is 23mm lower and 20mm wider than its predecessor and comes with front and rear LED daytime running lights as standard.

The Ceed’s boot space has grown to 395 litres thanks to improved packaging. The Sportswagon tourer is even more impressive, with a 600-litre load space.

Kia has made an effort to improve the perceived quality of its family car – there’s more soft-touch plastic splashed about the place than we’ve seen in a Ceed before, and you can spec the car with a range of mock leather, pretend aluminium, glossy plastics and perhaps even some real leather depending on the trim.

You get auto lights and keyless entry as standard, but you have to travel a little way up the spec sheet before you can enjoy a larger, 8-inch version of the ‘floating’ touchscreen. In fact, the car comes with 5- or 7-inch infotainment screens and the 8-incher offers you integrated satnav. You can even spec a wifi hotspot to keep the kids connected on long journeys.

There’s a good selection of petrol and diesel engines on offer including a new 1.6-litre diesel that ‘goes beyond’ the already strict Euro 6d emissions regulations. It can be had in two states of tune, 113bhp and 134bhp. Petrol power comes in the form of a 118bhp 1-litre, 99bhp 1.4-litre and a new 138bhp 1.4-litre that replaces the old 1.6 unit.

All cars come with a 6-speed manual transmission, but the new 1.4-litre petrol and 1.6-litre diesel engines can be had with Kia’s seven-speed double-clutch transmission. Every Ceed also receives Kia’s seven-year, 100,000 mile warranty.

Pricing has yet to be announced, but the new Ceed is set to go on sale across Europe before the end of June, so we’ll bring you UK-specific information as soon as it arrives.