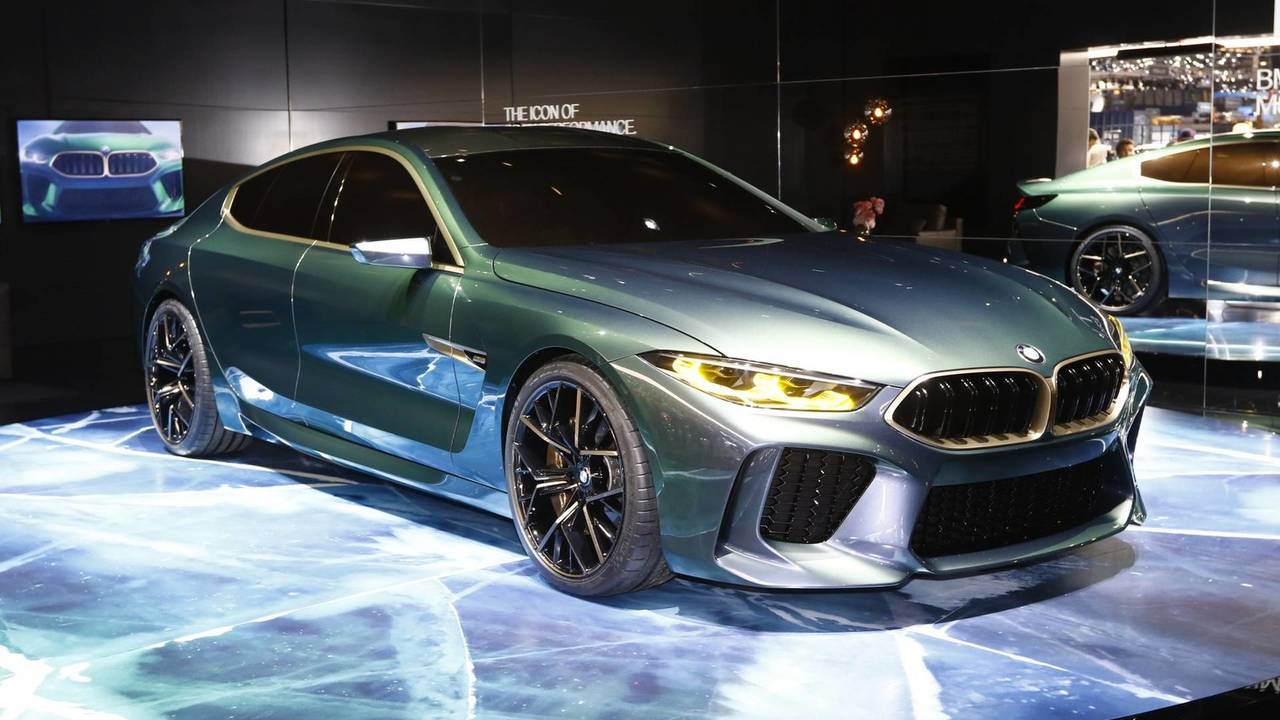 The smart Gran Coupe will be one of three variants.

We’ve already seen BMW’s new M8 in race car trim, but now we’ve got the closest indication yet as to what a roadgoing version could look like with this M8 Gran Coupe concept on show at the Geneva motor show.

It comes after the first 8 Series concept was show last year – you’ll be able to buy that later this year, almost 20 years after the original went out of production. Both the regular 8 Series luxury GT and the sporty M8 were developed together at the same time, and are said to be based on the same platform utilised by the 5 Series and 7 Series.

BMW has come under scrutiny for some of its designs in recent years – but we think that the M8 Gran Coupe is a bit more subtle than most of the things we've seen from M Division lately. Sharp and sexy, certainly, but it doesn't scream 'look at me' in quite the same way.

'The BMW Concept M8 Gran Coupe is designed to stir things up, to polarise – it should move you emotionally,' said Domagoj Dukec, head of design for BMW M and BMW i. 'With this car we want to reach people who are looking for something special and who want to stand out from the crowd. Here, BMW M is unmistakably taking luxury out of its comfort zone.'

Both the regular 8 Series run and the the M8, rumoured to be sharing many of its internals with the latest M5, will be available as a coupe, convertible, and a four-door Gran Coupe. The hotter ones will follow later on and are all expected to be powered by BMW’s 600bhp 4.4-litre twin turbo V8. Contenders will likely be the Aston Martin Rapide, Porsche Panamera, Bentley Continental GT, Mercedes S63 Coupe, and the new Mercedes-AMG GT 4-door Coupe also unveiled at Geneva.

The Gran Coupe shown here in effectively replaces the acclaimed M6 Gran Coupe – that is expected to go out of production soon – as BMW's flagship. As a result, you can expect the price to be pretty high. We've got no official word on that yet but considering the M6 Grand Coupe started at just shy of £100,000, you can certainly expect the M8 to cost north of that.

Check out the fully gallery below and read more of our 2018 Geneva motor show coverage.