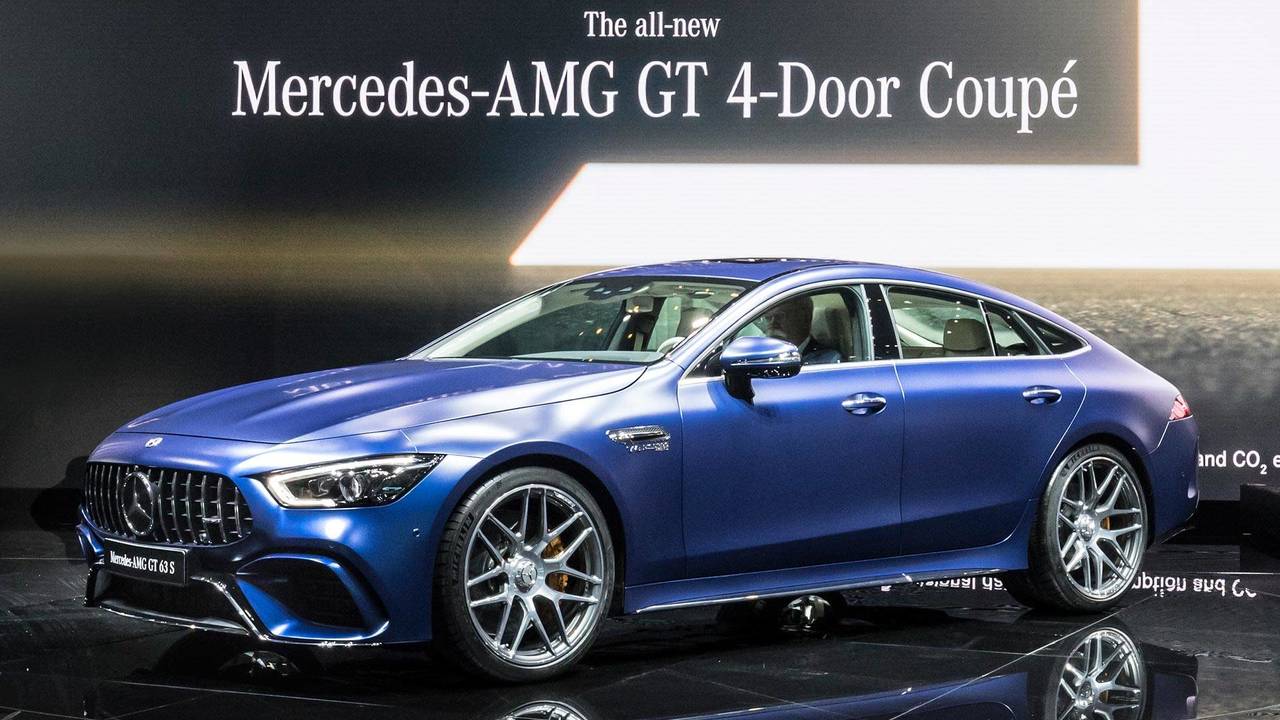 The Mercedes-AMG GT 4-Door Coupe (a bit of a mouthful, we admit) is basically a four-door version of the company’s successful grand tourer that was first introduced back in 2014.

This one, though, has its sights set on the Aston Martin Rapide, Maserati Quattroporte and Porsche Panamera in the fast luxury saloon segment.

Like its more sporty cousin, the GT 4-Door Coupe is powered by an AMG 4-litre twin-turbo V8 engine, putting out around 630bhp in top of the range 63 S trim – quite a bit more than the 'around 600' we were expecting. If that's a bit too much for your liking, the 63 will come with 577bhp, while the bottom of the range 53 – if you can even call it that on a car like this – will pack a piffling 429 bhp. Why the big drop in power compared to the two 63 models? Well, the 53 makes use of a 3-litre inline-six engine instead.

Despite the crazy horsepower figures across the range, they are green...ish. The V8 models feature cylinder deactivation, while the 53 is technically a mild hybrid, combining the engine with Merc’s EQ Boost system that functions as a starter/alternator for the car. It’s installed between the engine and transmission and adds 21bhp as well as 184lb ft of torque. If that's not enough, an electric variant is expected later on and an astronomically powerful hybrid version has also been rumoured.

All three models come with AMG’s 4Matic+ all-wheel-drive system that is also used in the E63 S 4Matic and a nine-speed transmission. The transmissions do vary slighty between models however. The 53 comes with a more straightforward dual-clutch transmission, while the V8s make use of Mercedes' MCT (multi-clutch technology) transmission.

The car is definitely a handsome creature, no matter which engine option you opt for, and all come with an active aero package that includes an air panel in the front bumper and the retractable rear spoiler.

V8 models can also be specced with a pack that adds a bigger front splitter and a more intricate rear diffuser too. The same pack also introduces a serious fixed rear spoiler which can be adjusted manually if you want to play at being Lewis Hamilton on your next track day.

Inside the car's smooth, swooping lines continue in a simple, but classy cockpit that reminds you that although there's room for five (or four if you buy one in the US), this is still very much a driver's car.

There's still no word on pricing, but considering these won't make their way to showrooms until next year, you have a little bit longer to save up if you're thinking of getting one.