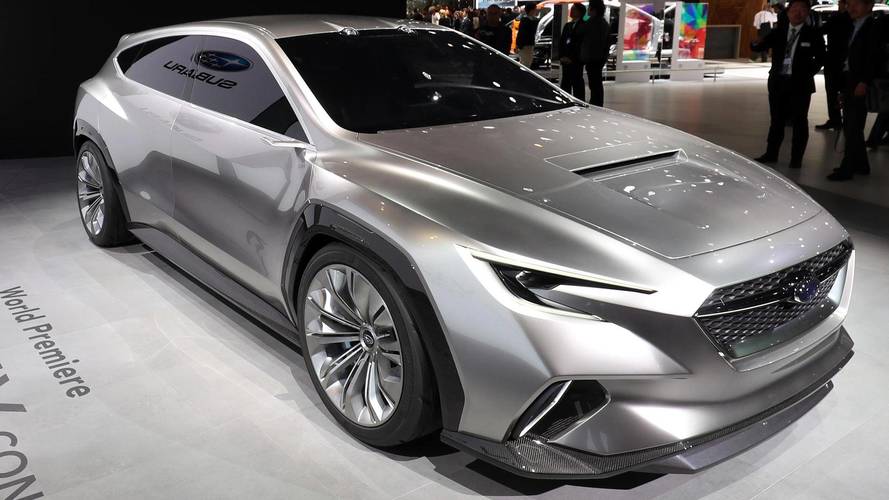 Subaru has given a second glimpse of its future at Geneva with the unveiling of the Viziv ('Vision for Innovation') Tourer Concept.

The car, which follows last year's Viziv concept, is a look at the future design direction for the Japanese brand, but this time we see it in estate form. The new concept car features Subaru's traditional symmetrical all-wheel drive and boxer engine setup, but also comes with a host of autonomous driving aids that it hopes to roll out in its models in the next couple of years.

Subaru describes the car as having a 'rigid, forward-thrusting body' – we hope something has been lost in translation there – and emphasises the mix of estate car practicality and old-fashioned driving fun.

On the outside, the Viziv Tourer Concept is recognisably a Subaru, albeit with sharper, more angular lines than the company's current range of production models.

While not a production model – and thankfully so, it only seats four – the Viziv Tourer Concept is a technological and design showcase, previewing what future Subarus will look like.

It is possible that the eventual replacement for the current version of the Levorg tourer could look like this in the coming years. That model has been on sale since 2014, and adding another two to three years to turn the Viziv Tourer concept into a production model would make that prediction a plausible theory.