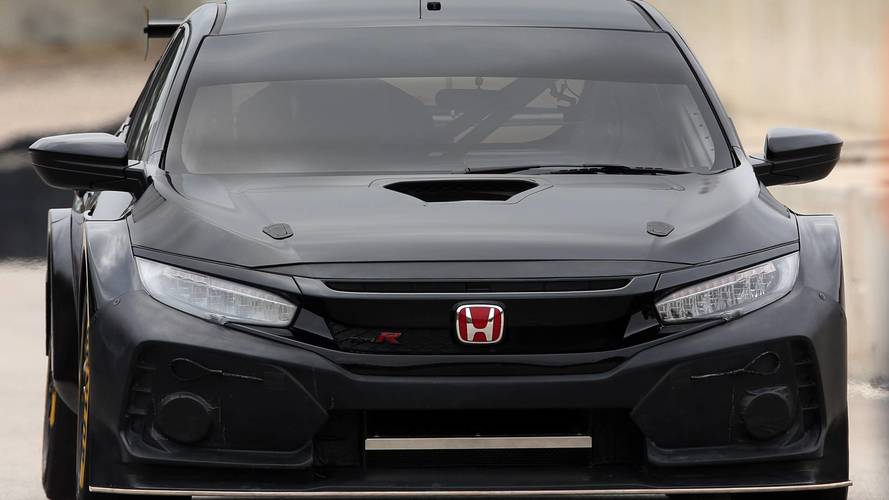 Halfords Yuasa Racing has showed off its new Honda Civic Type-R race car based on the FK8 ahead of the upcoming British Touring Car Championship season.

The car, built by Honda's BTCC partner Team Dynamics, was running at Parc Castelloli circuit near Barcelona. It will be driven by three-time champion Matt Neal and double Porsche Carrera Cup GB champion Dan Cammish who joined the team over the winter following triple champion Gordon Shedden's departure to the WTCC.

Both drivers will sample the car in Spain this week before heading back to the UK to continue testing at Brands Hatch and Donington Park.

'This next generation Honda Civic Type-R is fantastic and the guys have pulled out all the stops to get us to this point,' said Neal, who is also the team's director. 'I can't wait to jump in and get out on track this week. If the car goes as fast as it looks then we'll be in great shape this season.'

'It’s really exciting to see the new car in the flesh, in full racing trim and it’s really something special,' added Cammish Sitting in the cockpit for the first time will be a really proud moment for me.'

It is the fourth different variation of the Civic built by Team Dynamics since the 'Next Generation Touring Car' (NGTC) rules were introduced in 2011, and the fifth overall since Honda and Dynamics' official partnership began in 2010.

The team ran NGTC Civics from 2012 to 2014 when it switched to the estate-bodied Civic Tourer. In 2015 The team introduced the FK2 Type-R platform which will still be used by customer teams Eurotech and BTC Norlin this year. Since the first NGTC Civic debuted, Honda and Team Dynamics has won two teams' and three drivers' titles with Civics.The 2013 championship was also won by a Civic, driven by Andrew Jordan for Eurotech.