Are these leaked official images of the all-new Audi A6? 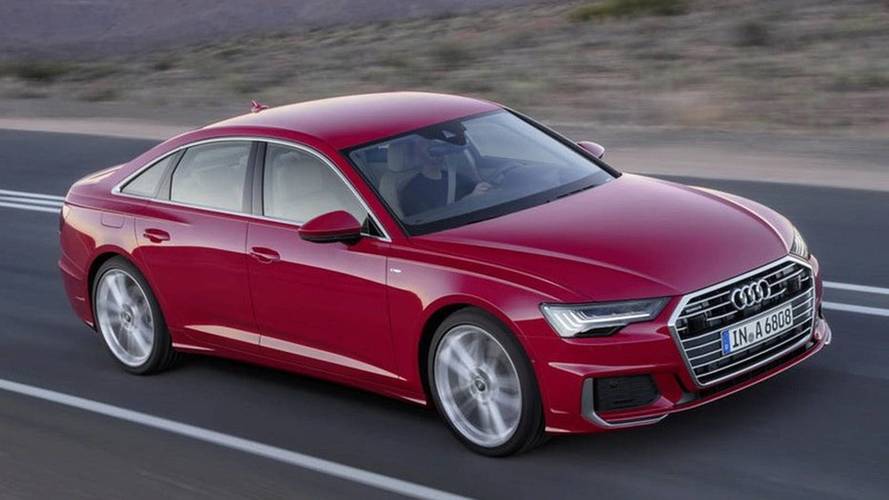 It seems someone decided to mess around with Audi's big premiere set for Geneva by publishing a trio of images of the next A6.

Audi is gearing for its big reveal at the Geneva motor show next – only it seems the internet has beaten the German car maker to the punch, revealing what look like official images a week or so early. While we can't be 100 percent sure that these pictures are the real deal, there are enough clues to leave us confident that we're looking at the next generation of A6. Not least the front end design that largely matches a teaser sketch published by Audi back in March last year.

After unveiling the A8 flagship and the sleek A7 Sportback last year, it’s now the A6’s turn to grab the headlines, though its exterior styling probably won’t exactly surprise you, despite the fact Audi has officially embraced a new design language. The familiar appearance brings a subtle evolution over the outgoing A6, with a somewhat sportier vibe.

There’s not much to say about the front bumper design as it’s in line with the A8 flagship and at the same time similar when compared with the smaller A4 model. The rear end perhaps stands out a bit thanks to a new rear light design that makes do without the full-width light strip that can be found on the range-topping A8 model.

While official photos of the interior have not emerged just yet, we don’t actually need them considering our spies have already spotted an Avant prototype testing a dashboard very similar to the larger A8’s cabin. Pictured above, the estate prototype had the same dual touchscreen layout and the latest generation of the Audi Virtual Cockpit. A similar setup will also be implemented in the forthcoming Q8 and we’ve seen it in the Lamborghini Urus SUV too.

The saloon will officially be unveiled at the Geneva motor show next week, with the estate version of the car coming along a bit later, likely at October's Paris motor show.

Gallery: Are these official images of the new Audi A6?