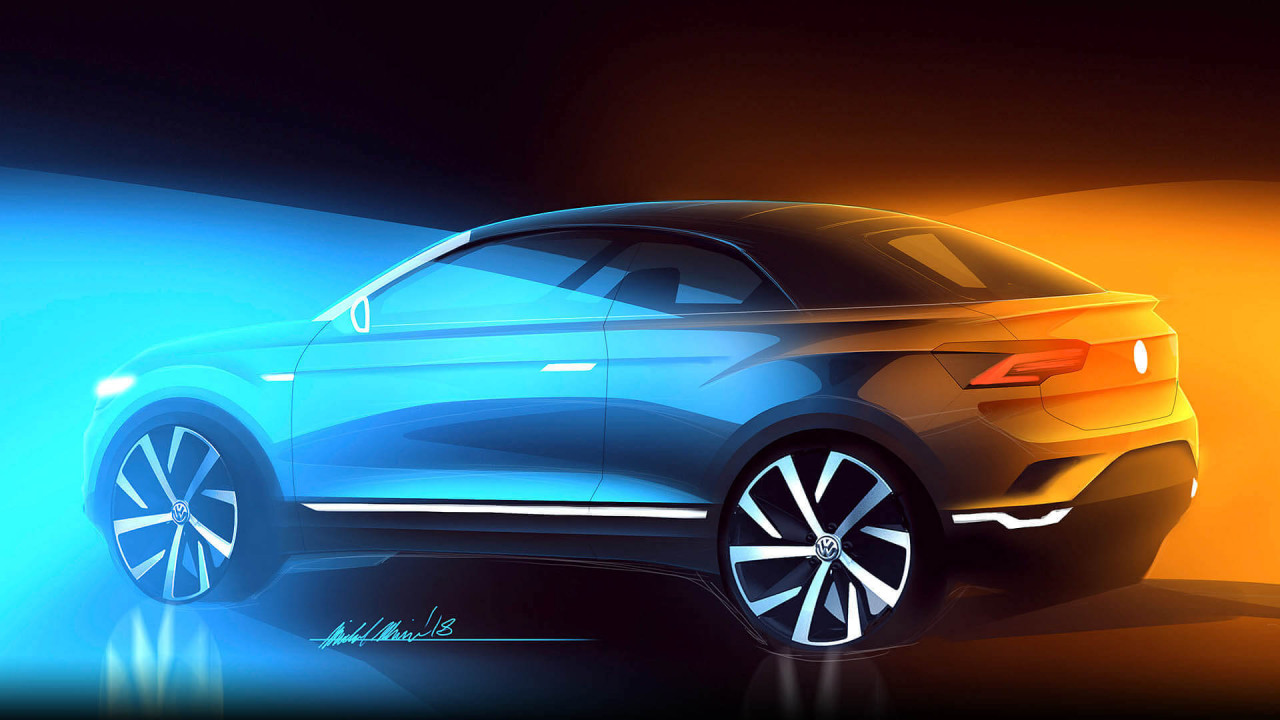 A few years ago Land Rover proved that if there was barely any demand for something completely pointless, it would build and sell it anyway, by introducing the convertible version of the Range Rover Evoque. Well, Volkswagen is about to jump on that bandwagon too with the T-Roc cabriolet, which has just been given the green light by the company's supervisory board.

The new car has been pencilled in for a 2020 release, so there's still time for the chaps at Volkswagen to come to their senses and scrap the plan entirely, but it looks unlikely – the open top T-Roc will spearhead the company's new model offensive going into the next decade.

'Volkswagen is evolving into an SUV brand. The T-Roc is already setting new standards in the compact SUV segment. With the cabriolet based on the T-Roc, we will be adding a highly emotional model to the range,' said Herbert Diess, Volkswagen brand CEO. 'I am especially pleased to note that we can count on the Osnabrück team's decades of experience with convertibles. The Osnabrück plant now has bright prospects for the future.'

Volkswagen is pouring nearly £71 million into the production of the new car, and as high as that figure is, and as much as we like to joke about just how daft the car will be, VW is likely to get a return on that investment. With Volkswagen turning into an SUV brand, it's only naturally that the company will look to building high-riders in all different shapes and sizes.

The company has already delivered 720,000 Tiguan SUVs, putting it among the 10 best-selling models in the world and the top three SUVs. By 2020, VW is aiming to have 20 SUV models in its range which will make up 40 percent of the company's overall sales.