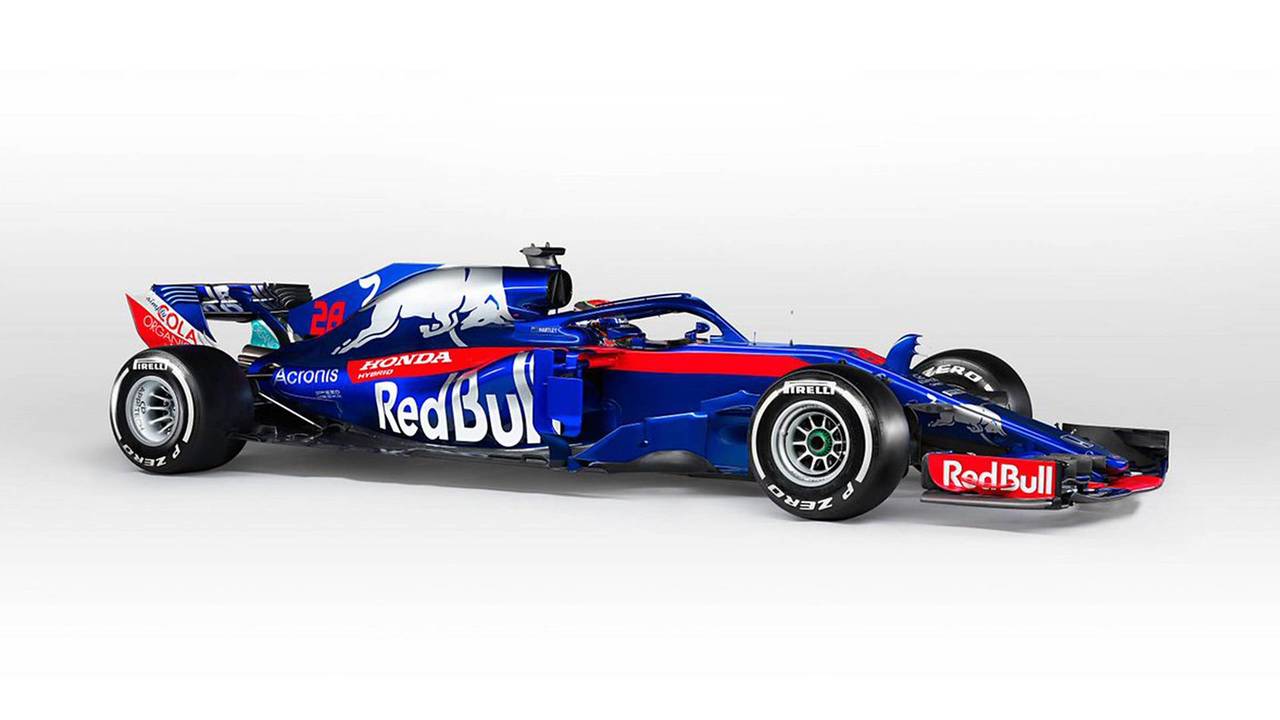 The energy drink company's cars have broken cover in Barcelona.

After posting a teaser image on social media last week, Toro Rossa has finally showed off its new Formula 1 car in full at the Circuit de Barcelona-Catalunya ahead of the start of pre-season testing.

The STR13 sports the striking bright blue, red and silver livery first used last year, and has had a notable overhaul of its aerodynamics all over.

Another big difference is the team's switch to Honda power, becoming the Japanese brand's works parter after it switched from Renault power and Honda moved over from McLaren.

The car first hit the track at Misano circuit in Italy last week, with Brendon Hartley driving. After images were leaked of the shakedown session, the team responded by posting its own, clearer image of the car from the event.

Hartley is returning behind the wheel today in Barcelona, alternating driving duties with team mate Pierre Gasly over the next four days.

'We launched the Aston Martin Red Bull Racing Tag Heuer RB14 last week in our special edition "Disruption" livery, but the "DisruptoBull" was always intended as a one-off,' said Red Bull. 'This will be our third season using the matte design – though the underlying scheme can be traced all the way back to 2005 and our rookie season in Formula 1 when the RB1 raced with a livery that has made its mark.'

Unlike Toro Rosso, Red Bull's car is a matte design – the third consecutive season the team has run with such a scheme. Other teams such as Williams, Force India, and Renault employ a similar paint technique which is said to reduce weight.

Daniel Ricciardo first drove the Renault-engined RB14 at Silverstone last week. The shakedown occurred in wet conditions and Ricciardo was involved in a small incident although he was unharmed and the damage to the car was minimal. Ricciardo is driving the car again in Barcelona today, alternating with team mate Max Verstappen over the next four days.