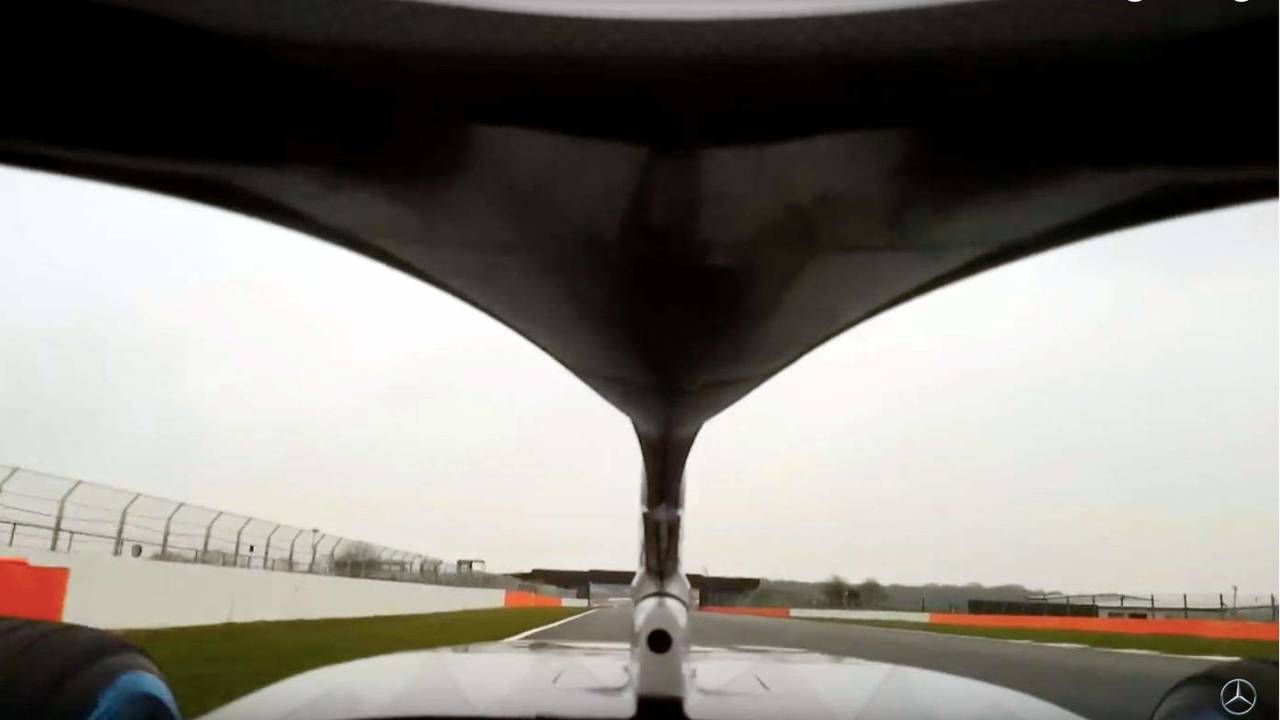 Does the Halo block a driver's view? Decide for yourself.

Mercedes F1 driver Valtteri Bottas has given us a first impression of what it’s like to drive a new F1 car with the Halo cockpit protection device courtesy of a video from inside his helmet during the recent shakedown runs at Silverstone.

Officially, the day was one of Mercedes’ two filming days that it is allowed across the season for publicity purposes – testing is strictly limited. Of course, the run was an opportunity for both drivers to get used to the car and for engineers to check that all of the systems on the car were in good working order.

The Halo device has become perhaps the most controversial element of the new Formula 1 season – drivers have been divided on whether the safety measure is necessary or ruins the aesthetics of an F1 car.

The main issue is whether the cockpit cover affects a driver’s vision while on the move – Bottas told Motorsport.com recently that the Halo made no difference to him on a simulator race run and Carlos Sainz has also come out in support of the device being an unobtrusive addition to the car.

‘I think it can be an effective device,’ said the Renault racer. ‘As drivers, we will have to adapt to it, 20 laps or so in testing should be enough time. The engineers will see how it affects aerodynamics. I have seen the work done in the wind tunnel back in the factory but now we need to test its behaviour on track.

‘Visually, I don't think the halo looks too bad once it has been integrated in the car. We will all get used to it and it will be normal fairly quickly.’

Mercedes F1 team boss Toto Wolff has already made it clear where he stands on the issue – the German told reporters at the launch of the outfit’s 2018 racing car that he would take a chainsaw to the Halo device if he could.