Back to the future: New McLaren F1 car breaks cover 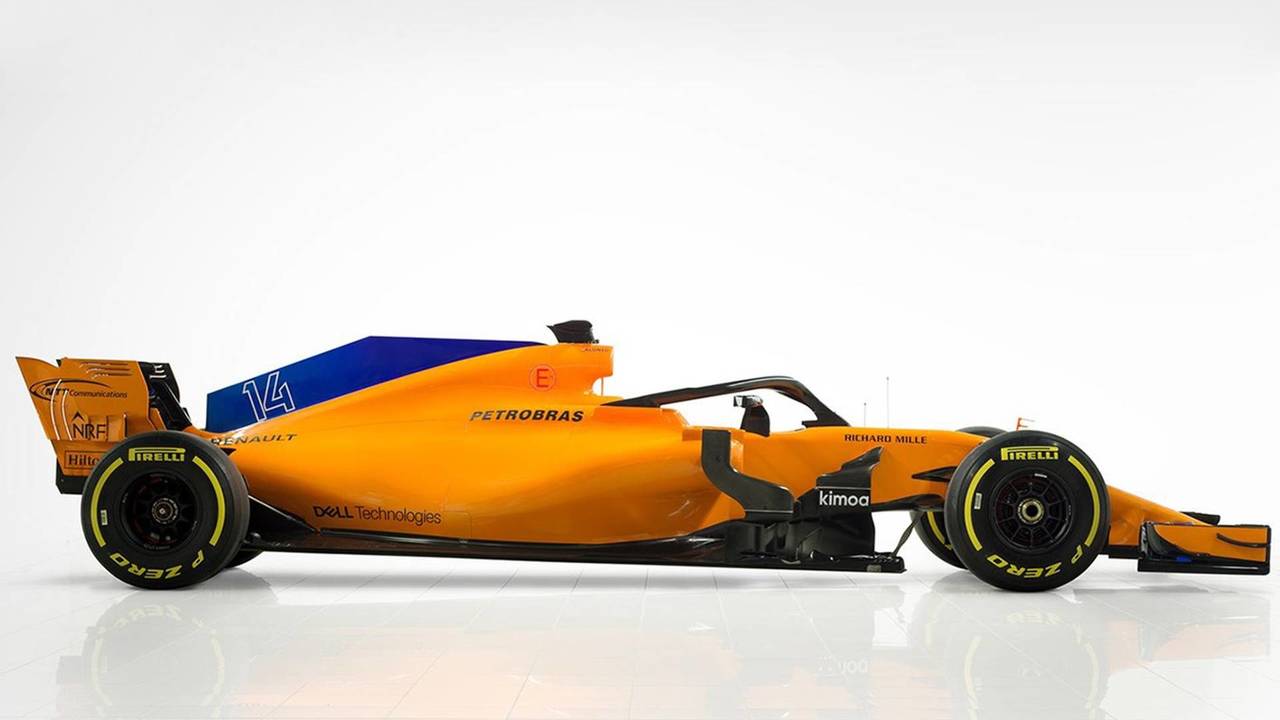 After years of pleas from fans, the MCL33 finally returns to a traditional look.

Will they? Won't they? It's become an annual game among Formula 1 fans: Will McLaren run a papaya orange livery this season? Well, after a near-miss last year, we're happy to report that in 2018, McLaren will run its iconic colour scheme once again.

The MCL33 is McLaren's first-ever Renault-powered car, with the switch to the French power units coming after three tumultuous seasons with Honda. The car is a 'a logical development' of last year's which, despite being powered by the lacklustre Honda engine, was widely regarded as one of the best chassis on the grid. As a result, much of the design of the car has been focused around the packaging of the new engine, and redesigning the rear of the car to accommodate the vastly different powerplant.

'We’re definitely continuing along the same trajectory. For launch, the car will look evolutionary, and we will continue enhancing the MCL33 through testing and the race season. That’s always been an area of focus for us,' said Tim Goss, McLaren’s chief technical officer in charge of the chassis.

'[But] this year, we went beyond to get a neat and tidy packaging solution. And that just gives the aerodynamicists more scope to play with the bodywork.'

The MCL33, which will be driven by Fernando Alonso and Stoffel Vandoorne, will make its track debut today at Navarra in Spain as part of a filming day ahead of full pre-season testing beginning next week. A major update to the car is also expected before the first race in Australia on March 25.

More than just a colour...

Papaya and McLaren is almost like Ferrari and the colour red. The famous orange livery first adorned the McLaren M7A, the team's third car, in 1968 after white and green, red, and white and orange paint schemes in the years prior.

The colour stuck around in F1 until the mid-1970s when cigarette firm Marlboro came onboard as a title sponsor, but returned in 1997 and 2005 as a testing livery. It was also used on McLaren's monstrous CanAm cars in the late 1960s and early 1970s

Fans have been pleading with McLaren to return to the colour for a number of years since while the team persevered with a rotation of black, silver, chrome, and grey looks. They almost got their wish last year as the team unveiled a predominantly black car with a flash of darker orange on its F1 car. The retro livery on Fernando Alonso's Indy car only made fans' cries louder.

Well, this year, 50 years after the M7A, McLaren has finally gone back to its more traditional paint scheme.