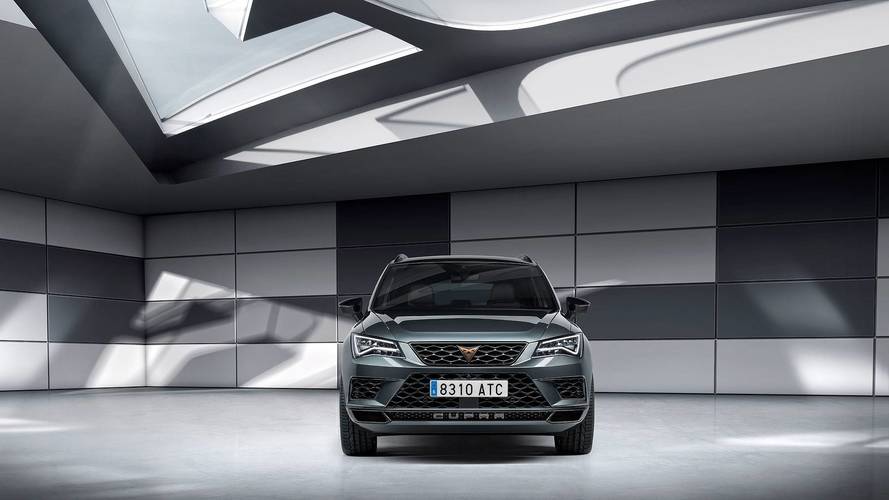 Seat – or rather Cupra – has revealed that its first new car will be a sporting version of the Ateca SUV.

Seat’s version of the new car was launched only a few months ago, but Seat says that as the Cupra brand is established the launches could happen side-by-side, or indeed Cupra versions of Seat cars could appear before the mainstream contender.

The Cupra Ateca is fitted with a 2-litre petrol engine that develops 296bhp and comes with a seven-speed auto transmission as standard. The engine gets a particulate filter as standard to cut down on harmful emissions and Cupra says that its engineers have tuned the car to produce a fancier sound.

The active four-wheel-drive system monitors the road conditions constantly and tweaks settings to provide the most grip at any given moment. The car also gets adaptive suspension that works in a similar way to enhance the driving experience.

The key stats you were no doubt waiting for: the Cupra Ateca has a top speed of 152mph and manages the 0-62mph run in 5.4 seconds.

Seat’s head of R&D, Matthias Rabe, thinks that the new SUV offers something unique in the market: ‘The Cupra Ateca offers versatility like no other brand. It’s got 296bhp, four-wheel drive and a new seven-speed DSG gearbox. It is the best example of balance between fun at the wheel and ease of use in everyday life.’

Inside, Alcantara and aluminium feature heavily, as does grey accent stitching and the Cupra logo at various points around the interior.

There's no word yet on an official on-sale date or what the UK price might be for the new car – keep checking back on uk.motor1.com for all the latest information.