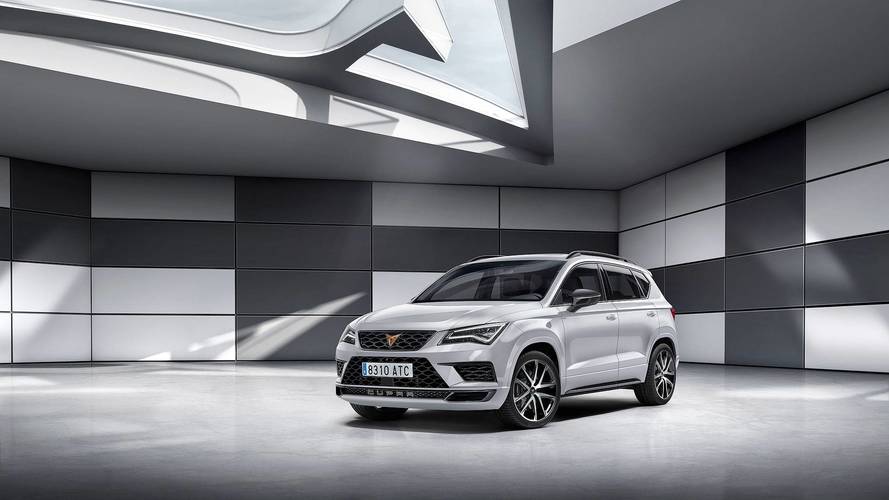 Seat thinks it can do exciting things with a separate Cupra division.

Seat has officially launched its sporting badge Cupra as a new standalone sub-brand, and its first model will be a hot SUV, the Cupra Ateca.

We already got a teaser of the brand’s new logo, but the Spanish car maker has revealed more details about its plans for Cupra and what the models might look like.

‘Cupra is a big opportunity for Seat – the whole project has surfaced as the dream of a group of people who were looking for a way to conquer a new group of car lovers,’ said Seat president Luca de Meo at the launch event outside Barcelona in Spain.

The Cupra Ateca is the new brand’s first car, but it is understood that the company is working on plans for Ibiza and Arona versions and is also considering unique models that won’t wear the Seat badge.

The Seat Leon Cupra R will continue to be known as such – Seat’s head of sales and marketing, Wayne Griffiths, said that he thinks it would be ‘cheating’ to slap Cupra badges on an existing Seat product. Instead, Cupras will be introduced alongside new models in the Seat lineup.

All of Seat’s dealerships have the option to sell Cupras if they want to, but initially only around 20 percent – that’s 260 dealers across Europe – will clear the space. Each will have a dedicated, trained professional who will deal with Cupra customers and sell the cars. De Meo refers to them as ‘Cupra masters’, who will build relationships with buyers of the sporting cars.

Impetus for the move has come from sales figures of Cupra-trim Seats – the Spanish manufacturer has sold 60,000 Cupras in the last 10 years, with 10,000 of those sales happening in the last 12 months alone. The company thinks there’s room in the market for hardcore versions of its cars and is ready to invest to make it happen. Ambitious targets have been set – Cupra will have to double sales to over 20,000 cars within its first five years.