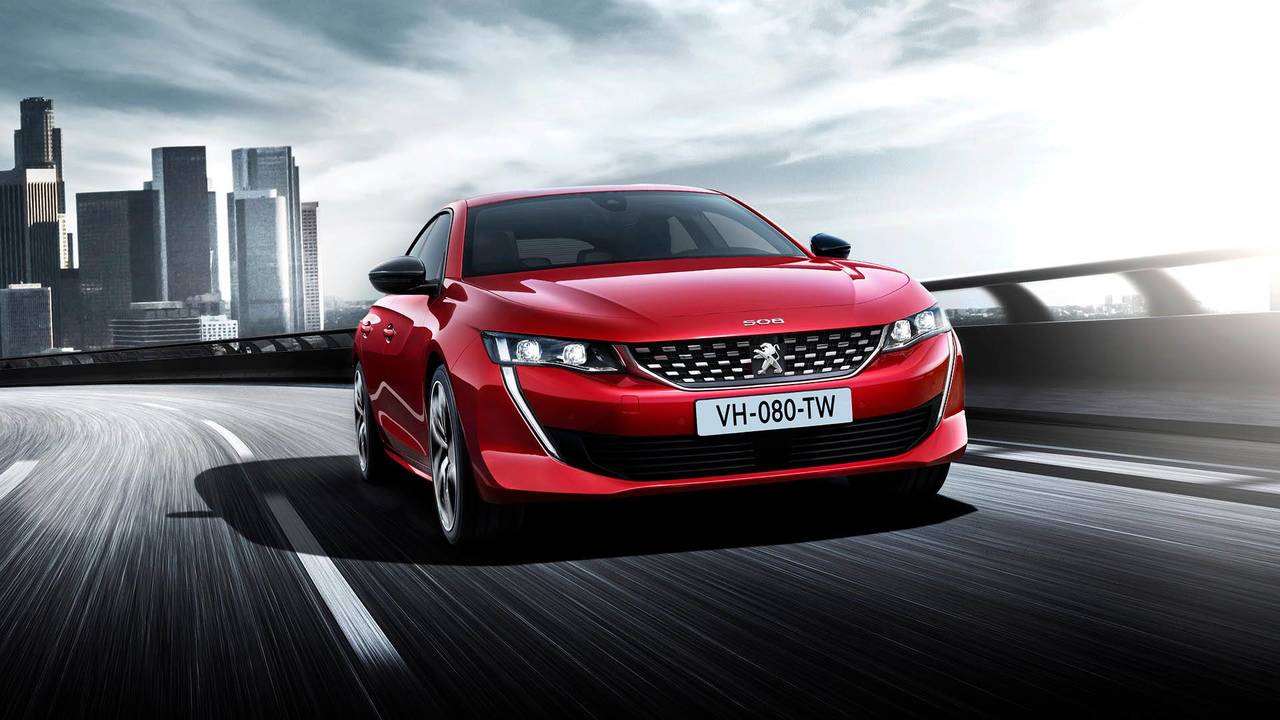 The French car maker has revealed details of its flagship saloon.

It’s been a long time since the Peugeot 508 was first unveiled in 2011, but the company has just pulled the wraps off an all-new second-generation version of the saloon that will certainly cause many to have a second think about getting a zombie lion on their next new car.

The new 508 will officially be revealed at the Geneva motor show in a couple of weeks, but clearly the French car maker couldn’t wait to show the world its new car, which is keen to remind everyone that SUVs aren’t going to have it easy.

Bucking the trend of ever-bigger cars, the new 508 is 60mm lower and 80mm shorter than before, while gaining 20mm in width.

The new saloon certainly looks sharp, with a distinctive grille design, aggressive front and rear lights and frameless doors that speak of ambitions to be more than a merely middle-of-the-road car.

Boot space has been increased by 14 litres to 487, and practicality improved thanks to a better opening. The rear seats fold to create a cavernous 1,537-litre load space.

There’s no escaping the i-Cockpit, which Peugeot has stuck with and now introduced across the whole of its range. The small steering wheel and high-mounted instrument panel has divided opinion, but the 12.3-inch digital instrument panel and 10-inch centrally mounted touchscreen are certainly distinctive.

Ambient lighting and massage seats are a fancy touch, as well as the range of interior finishes available in leather, Alcantara and real wood.

There’s one petrol engine available at launch in two power ratings – the 1.6-litre unit comes with 177bhp and 217bhp ratings and can be specced with an eight-speed auto transmission. There are two BlueHDi diesel engines available in 1.5-litre and 2-litre guise. The diesel engines come with 128bhp, 158bhp and 177bhp power outputs and either six-speed manual or the aforementioned eight-speed automatics. Peugeot claims a weight loss between generations of around 70kg, which will boost economy. A plug-in hybrid version of the car arrives in 2019.

The new Peugeot 508 is equipped with a wide range of driving assistance technologies, from emergency automatic braking and adaptive cruise control to lane holding, automatic main beam switching and sign recognition. The new 508 can even be ordered with a night vision system.

The new car is set to be officially launched at the Geneva motor show in a few weeks and will go on sale in the UK later this year. Prices are yet to be announced.