Fiat 500X facelift spied getting pizza with a camouflaged Jeep 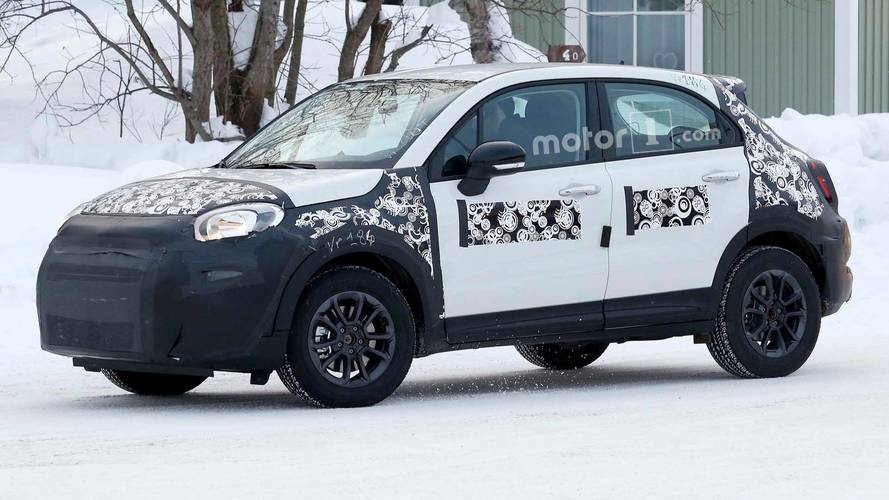 Even secret pre-production models need a date night every now and then.

It's been nearly four years since the Fiat 500X SUV was first introduced – which means that it's probably about time to start thinking about the introduction of a facelifted model. Updates to the car have been limited so far to some new colour options and a larger touchscreen inside, so anything more substantial will no doubt be welcomed by buyers.

Of course, we shouldn't forget that the car shares its underpinnings with the Jeep Renegade, the 4x4 company's cute entry model. A Renegade facelift is also on the cars for early 2019, and now we see its Fiat cousin will also get a proper mid-cycle update that goes beyond adding a few colour options to the brochure.

A new front bumper is in the works, and though heavy camouflage does a good job of concealing much of the action, we can see some design changes to the running lights beneath the headlights. The lower air intake could be sporting a new shape as well.

As is often the case with updates like this, the rear end will also feature some minor resculpting. The biggest difference we see at the back of the car, however, is the all-new rear light that could be LED-based. The overall shape doesn’t appear to have changed, but the new lamps do look a bit more stylish than the current design.

Little else is known about the 500X refresh. In the powertrain department it’s possible the unloved nine-speed automatic could get replaced with a new eight-speed box. It’s also possible Fiat could offer a 2-litre turbo option to make the slow-selling SUV a smidge more exciting.

With the 500X and Renegade both caught testing together, it’s possible the two models are on a similar schedule for entering production. We’re expecting the new Renegade to appear this summer or in the autumn, and we wouldn’t be surprised if the 500X joined it on the motor show circuit at the same time.