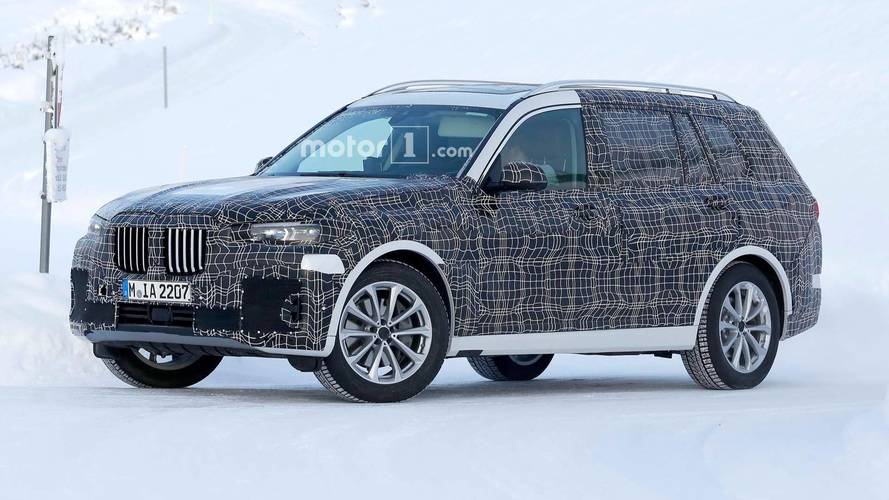 BMW is putting its new flagship X7 SUV through its paces during testing – and our spy photographers were on hand to capture the massive new car testing in the snowy Swedish countryside.

The German manufacturer hasn't really been shy about hiding the car, even going so far as to officially announce X7 pre-production complete with photos of camouflaged models and SUVs under construction. Still, there will likely be some changes between those first pre-production test mules and the final production-ready X7, so we’ll be keeping a watchful eye as time progresses.

This latest round of shots was taken about as far away from the X7’s South Carolina manufacturing plant as you can get – undergoing winter testing in Sweden. This test vehicle has thinner coverings up front on the bumper, revealing a bit more of the X7’s squared-off corner vents.

The camouflage around the grille makes it tough to tell if it has shrunk at all, or if it’s still larger than life. The camouflage doesn’t hide the SUV’s body lines on the side extremely well, however, and we can see it will definitely take a minimalist approach without all the contrasting angles we’ve seen on previous BMW models.

The one engine we do know will be in the car thanks to information we've managed to get hold of on one of the test vehicles is a 4.4-litre twin-turbo V8 engine that produces 456bhp, but of course BMW will have range of power units available for the new X7 – hopefully something a little more frugal for the cost-conscious motorist.

Rumours so far mention a more modest offering in the form of a plug-in hybrid that will offer 30 miles of electric range and a 2-litre turbocharged petrol with a combined total of 316bhp.

BMW plans to spend the year testing its new SUV before making an official reveal late in 2018.