Ferrari 488 Pista is most powerful V8-engined Ferrari ever 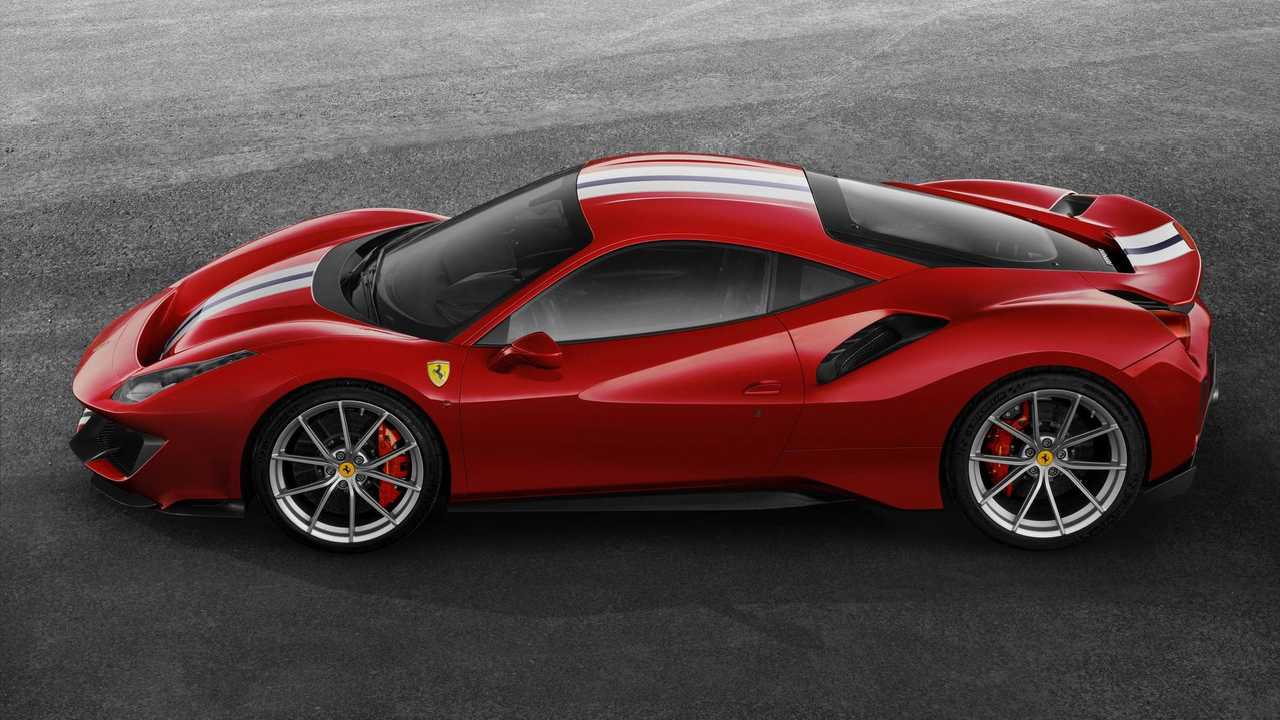 You’re looking at the first official pictures of the Ferrari 488 Pista, a road-going, track-focused version of the 488 GTB that has just mainlined all the latest, formidable race car technology know-how from the brand’s motorsport division.

The Pista, meaning ‘track’ in Italian, joins a long lineage of hardcore models that includes the 360 Challenge Stradale, 430 Scuderia and 458 Speciale. But according to Ferrari, the 488 Pista still represents a ‘significant step forward’.

Looks like the internal combustion engine clearly has some fight left, especially when it’s a 3.9-litre twin-turbocharged V8 with a prancing horse badge. The introduction of lightweight components such as titanium conrods and a carbonfibre intake plenum has helped boost power over the standard 488 GTB by a significant 50bhp, so the Pista now develops a staggering 711bhp at 8,000rpm and 568lb ft of torque at 3,000rpm. This helps the car sprint from 0-62mph in 2.85sec and go onto a top speed of 211mph – near identical performance figures to that of the Porsche 911 GT2 RS.

A strict crash diet has also been critical in achieving a sprint time faster than a LaFerrari. The 488 Pista has a dry weight of 1,280kg, which is a quoted weight with no oil, water, 98 Ron petrol or even a drop of windscreen washer fluid. Still, it’s an astonishing 90kg less than a standard Ferrari 488 GTB, which is the equivalent of carrying a very large man. Carbonfibre has been put to extensive use here, forming the majority of the re-sculpted body panels, the seat mouldings and, for the first time on a Ferrari, the wheels. There’s also a new Inconel exhaust, which is the same lightweight material used in the exhaust system of the Jaguar F-Type SVR.

Race pedigree has also inspired the car’s aero – Ferrari says that the downforce generated by the tweaked body has increased by 20 percent – with an F1-inspired S-Duct up front and a GTE-inspired ‘double kink’ diffuser and flat underbody with ‘vortex generators’. Given that the 488 GTE race car has taken 29 class victories in the past 50 WEC races, we’d listen to them as well.

Keeping all this power in check will be the latest version of Ferrari’s Slideslip Angle Control system, which uses a vast suite of technology including an electronic differential, multi-stage traction control and electronic dampers, to ensure that drivers of varying abilities can still exploit 182bhp per litre. For the first time, Ferrari Dynamic Enhancer (FDE) is also fitted, which the company describes as ‘software that adjusts the brake pressure at the calipers’.