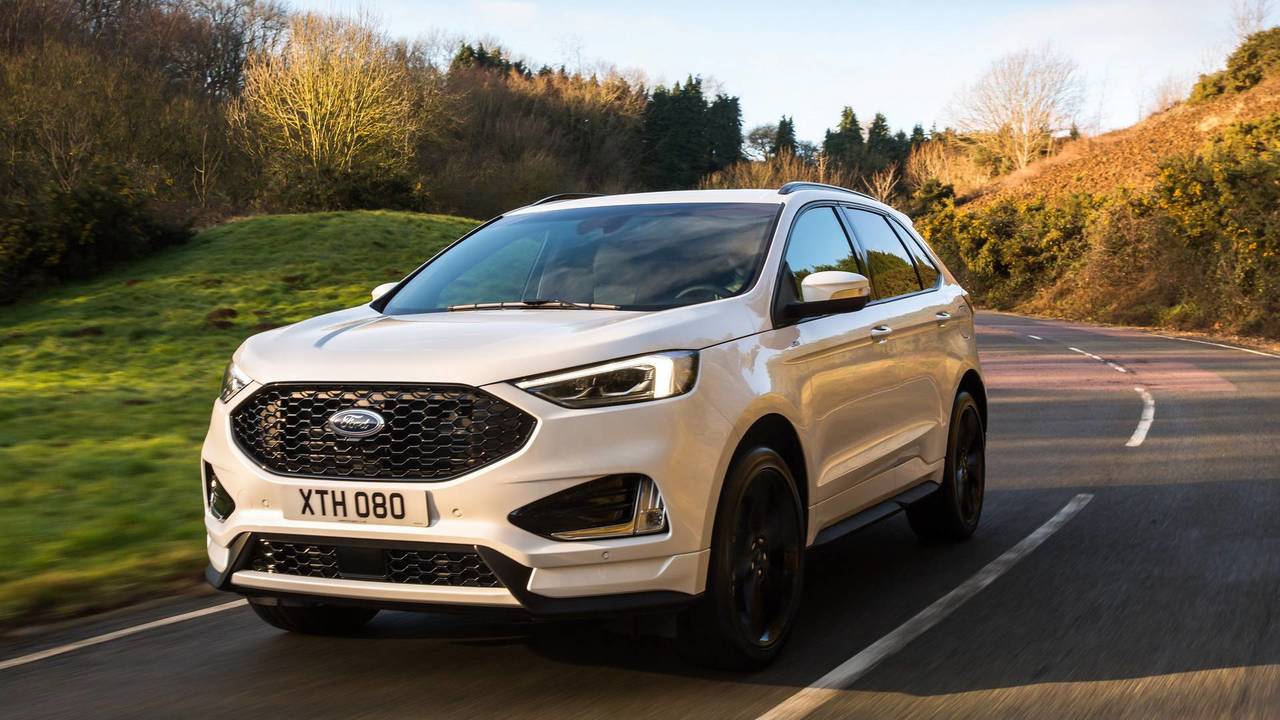 Ford says its updated Edge is its 'most technologically advanced SUV ever'.

Ford has revealed the new facelifted version of its Edge SUV, a car the company says is its 'most technologically advanced SUV ever'.

The new car gets a gently revised front end that offers a more subtle European look to the car, which originates in the USA. Styling aside, though, Ford is particularly excited about its new 2-litre diesel engine and the raft of tech upgrades on the large SUV.

The Edge, which has been available to buy in Europe since the second-generation version first hit showrooms back in 2016, comes with a number of safety features, some of which are completely new to the Euro-spec car. The SUV gets post‑collision braking that automatically applies the brakes following an accident to avoid secondary collisions, evasive steering assist which helps drivers steer around slower cars to avoid accidents and adaptive cruise control that can take the car to a full stop and comes with lane keep assist.

There are also numerous cameras, radars and ultrasonic sensors that contribute to the adaptive front lighting, blind spot warning, high-beam assist and traffic sign recognition systems. Other elements that help the new Edge keep its technological...advantage are cross traffic alert, adaptive steering and a load of parking aids that help drivers get out of tight parking spaces. Which is probably most of them, in this car.

The all-new 235bhp 2-litre twin-turbo EcoBlue diesel engine that debuts in the upgraded Edge can be specced with an eight-speed auto transmission and features fancy engineering tweaks that aim to make the car as efficient as possible. There are also 187bhp and 148bhp versions of the engine available with the car, each offering a combination of eight-speed auto, six-speed manual, front-wheel- and all-wheel-drive powertrains.

The first glimpse of the refreshed SUV that we've got here is in the sporty ST-Line trim, which enhances the styling by adding a wide mesh grille, deep side skirts and 20‑inch aluminium wheels as standard.

Other creature comforts available on the car that buyers will appreciate include a panoramic sunroof, heated front and rear seats, a Bang and Olufsen sound system and digital instrument display. Ford is also touting the car's practicality, with a number of storage options available inside the cabin.

There's no word on pricing yet, but the new Edge will be on sale later this year, so we won't have to wait long to find out.