French firm’s new people mover is a marriage of practical and posh.

If you’re looking for a driver’s car, then perhaps read about our latest ride in the new Porsche 911 GT3 RS. If, however, you’re after a new family wagon for the summer, then you have come to the right place.

The Peugeot Rifter is a thoroughly overhauled and newly-named version of the French firm’s ageing Partner Teepee. It’s describe as a multi-purpose vehicle or MPV and despite the van-like silhouette, has been designed from the ground up to carry people, rather than palettes.

Initially available as a five-seater (a seven-seat version is set to follow in 2019), and in two body sizes (4.4m and 4.75m), the Peugeot Rifter isn’t just about making family life as stress-free as possible, but enabling its owners to embrace their adventure lifestyles at the weekends. You can describe this car to your fellow Mamils, then, as a Volkswagen Caravelle with more Gallic charm and added practicality.

The glass cutaways in the roof will help increase the sense of space while a standard equipment list that includes easy-folding chairs, a pair of sliding rear doors, a rear tailgate ‘hatch’ window and plenty of integrated roof storage have clearly been conceived by parents for parents. 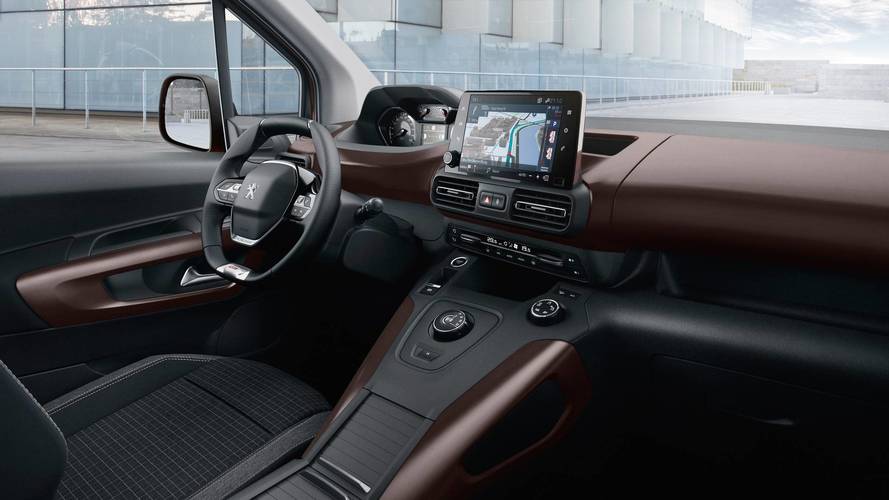 Up front, the driver is treated to the new Peugeot interior design which the brand calls ‘iCockpit’, and it should offer the most premium ambience at this level. Based on our experience with iCockpit in the Peugeot 3008 SUV, the driver will be presented with a raised driving position, plenty of soft-touch materials, chrome accents, a floating eight-inch touchscreen infotainment display and a curiously small diameter steering wheel. Four out of five isn’t bad.

The Peugeot Rifter will be available with either a 1.2-litre petrol engine with a six-speed manual gearbox, or a 1.5-litre BlueHDi diesel unit with either a six-speed manual or eight-speed automatic. The Rifter makes its official debut at the 2018 Geneva motor show with the car going on UK sale in the summer. Prices are expected to start at around £17,000.