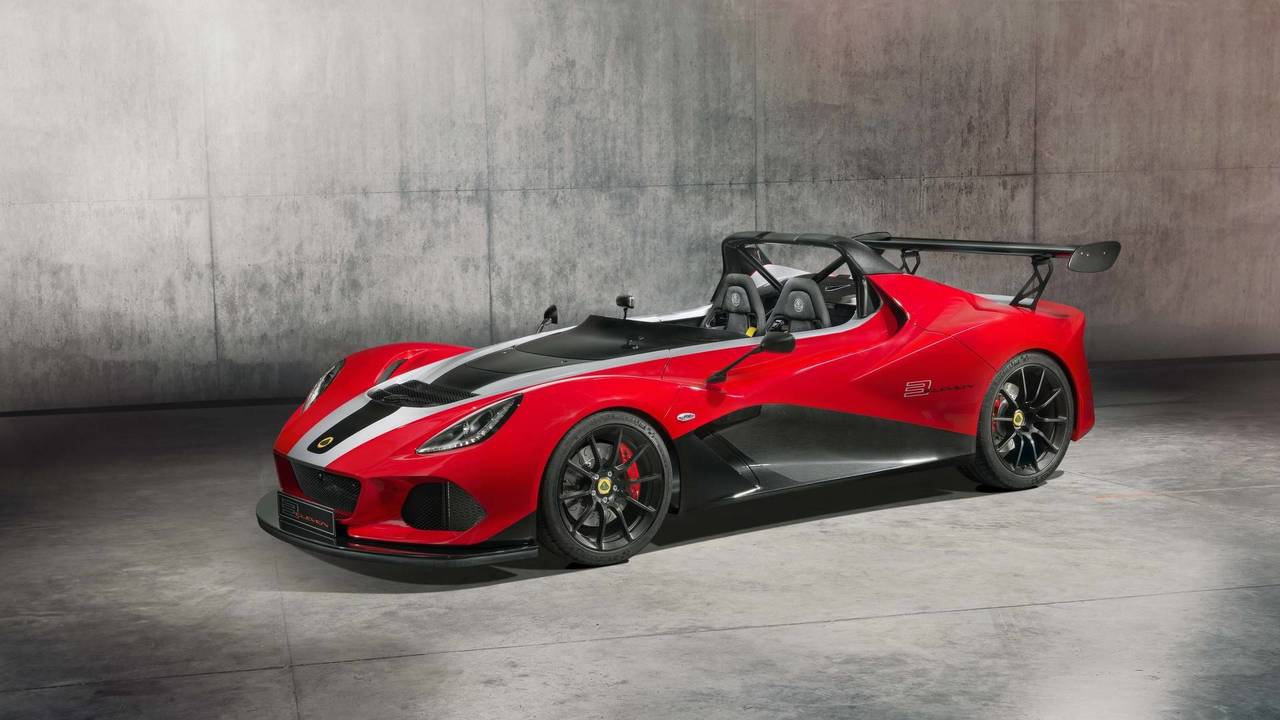 The Lotus 3-Eleven 430 is what happens when a bunch of energetic and clever-if-clearly-under-resourced engineers get together and marry Lotus’s lightest car, the 3-Eleven, with the most rabid version of its supercharged 3.5-litre V6.

Still, this is an easy car to get excited about. Even by Lotus standards, the 3-Eleven is a raw beast with no roof, no doors, no windscreen, rear-wheel drive and an old-fashioned six-speed manual gearbox. It’s basically the fastest carbonfibre bathtub you’ll have ever seen, and for now at least, the fastest ever street-legal Lotus.

This run-out car may have only shaved a further 5kg from the scales, which most drivers will add on again in back fat, but the standard car’s 925kg kerbweight already made it the automotive equivalent of a bag of crisps. Power and torque have both been upgraded more substantially by 20bhp and 23lb ft, respectively, giving a total output of 424bhp and 325lb ft. Anchors are also upgraded and provided by AP Racing four-pot calipers, dampers are provided by Ohlins while Michelin Cup 2 tyres (18-inch front, 19-inch rear) ensure optimum grip levels.

With the benefit of a longer aero splitter, completely flat floor and variable traction control as standard, the 3-Eleven 430 can accelerate from 0-62mph in 3.2seconds and hit a top speed (encouraged only with a runway and some sort of face armour) of 180mph. And should you ever find yourself at Lotus’s Hethel test circuit, a Lotus test driver will be able to borrow your keys and set a time of 1:24, which makes it precisely two seconds quicker than the anything-but-regular 3-Eleven and 0.8sec faster than the Exige Cup 430. Progress.

Just 20 examples of the 3-Eleven 430 will be produced, each priced from £102,000. That may be £18,100 more than the regular car, but for the most visceral Lotus on sale and the ultimate expression of Colin Chapman’s ‘Add Lightness’ philosophy, we’re still tempted.