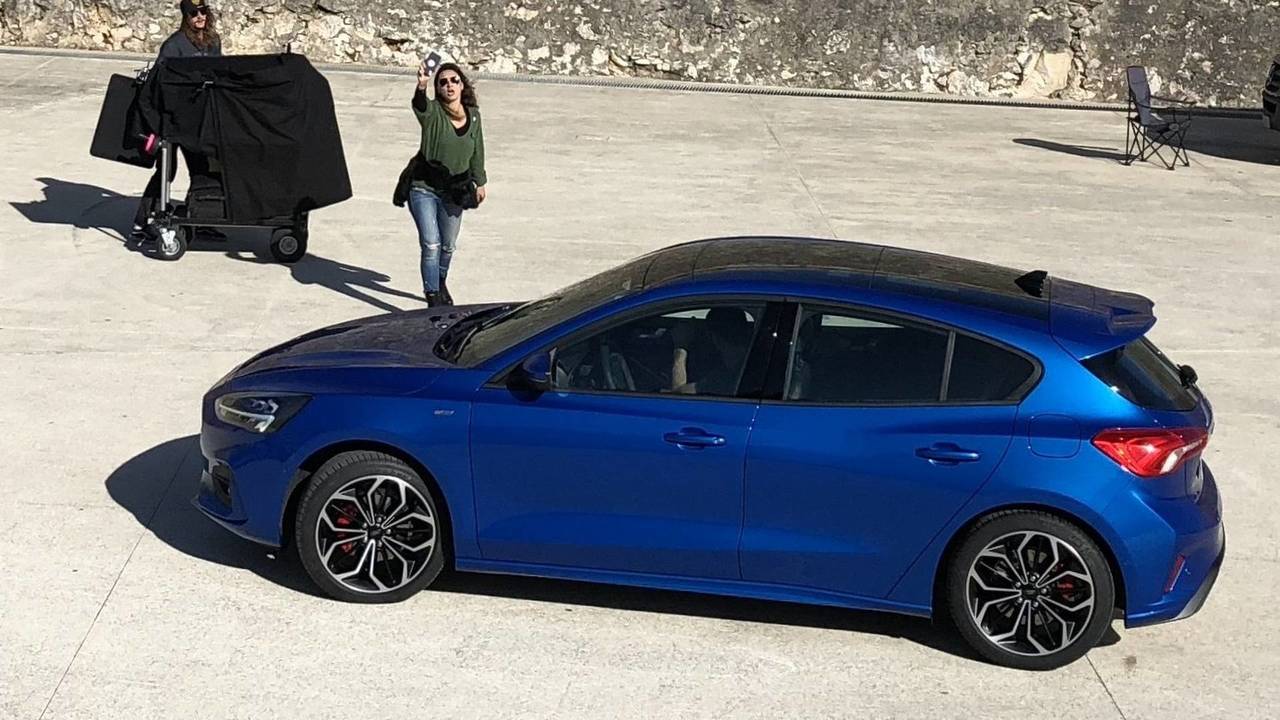 An official unveiling is expected next month.

We weren't expecting to see any pictures of the new Ford Focus just yet, but someone has spotted it out on a photo shoot in Portugal and taken a picture of their own.

The image reportedly came from Hungarian website Vezess and shows a completely undisguised 2018 Focus in all its glory and it's clear that this fourth-generation model is more than just a facelift. In fact, the re-worked body shares a striking resemblance to the Vauxhall Astra and the recently-unveiled new Kia Ceed. It's still identifiable as a Ford though – the 'One Ford' face we've become accustomed to over the years remains, although the grille has dropped lower and has grown in size, further separating the new LED lights at the front.

The new car is expected to be both bigger an more spacious than the outgoing model. It is also likely to follow the new Fiesta in moving slightly more upmarket in response to the criticism over materials and quality compared to its rivals that the Focus has often faced.

Of course, this is just the hatchback variant. An estate and saloon (mainly for overseas markets) are also expected and have been spied testing, but the Focus hatch is easily the most important of the three as it's guaranteed to sell in much bigger numbers.

Production of the new Focus is set to take place in China as well as Germany with all global markets served from the production operation in the far east. Specs and engines have yet to be confirmed, although Ford's 1.5-litre three-cylinder turbo is expected to make up most of the offerings. A manual gearbox will remain the default option, at least in the UK, while the latest version of the company's dual-clutch transmission will also be available.

This first glimpse of the new Focus suggests that an official unveiling is just around the corner.