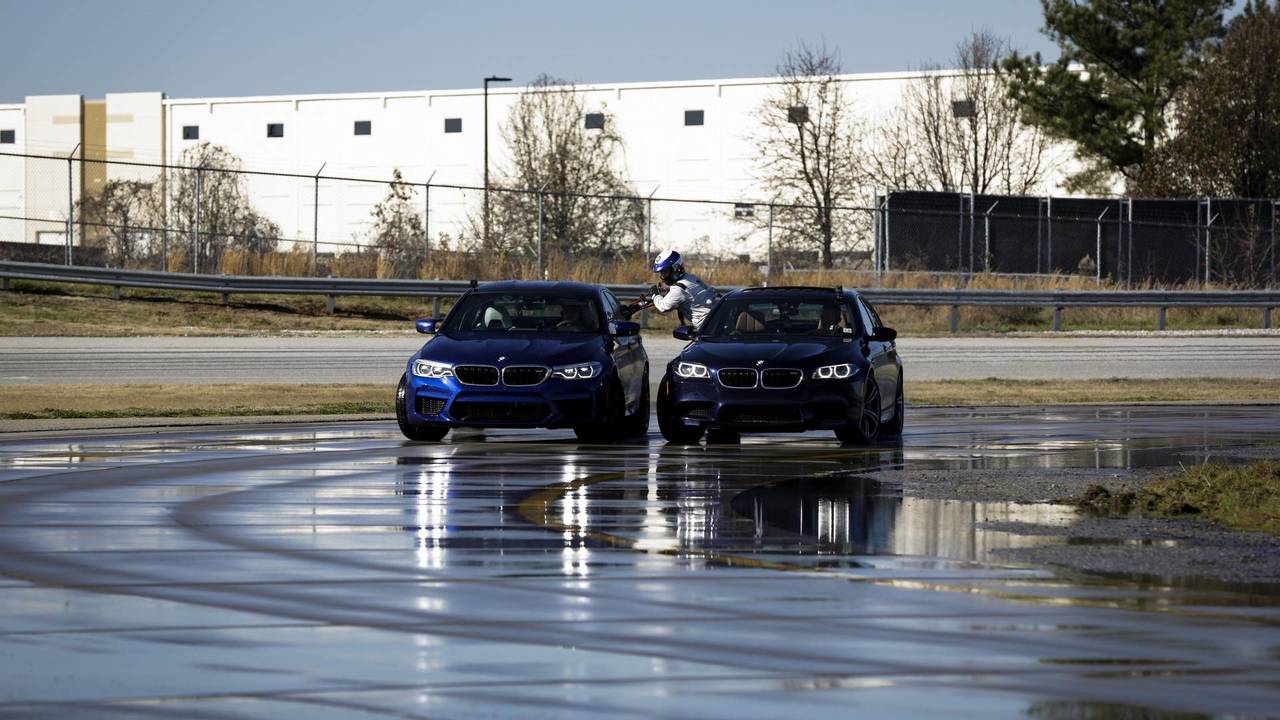 There were other issues too.

Last month BMW set a record for the longest-ever continuous drift. The attempt was carried out by Johan Schwartz, who managed to rift a 592bhp M5 for a massive 232.5 miles.

However, the record was very nearly scuppered, not by the impressive car-to-car refuelling rig – that one would expect – but rather the car's bluetooth system. The refuelling did play a part in the potential calamity though.

To explain, Schwartz and refuelling car driver Matt Mullins began the record attempt by communicating via walkie-talkies. However, with the added difficulty for both drivers of having to take one hand off the wheel, the pair decided to sync up their mobile phones instead. Unfortunately, that was to provide a hiccup when Schwartz's phone was dropped from the system.

'I had to, while drifting, you know, reset the whole thing, turn the phone off and back on again,' Schwartz told CES. 'That was pretty, pretty interesting.'

That wasn't the only slip-up. The M5's all-wheel-drive system, that had been set the send power to just the rear wheels for the attempt, decided after six hours to power all four wheels.

Other non car-related hurdled were faced by Schwarts too, such as how he would eat, stay hydrated and... other things.

Schwartz faced other issue like tiredness and bathroom breaks. The latter was solved by setting Schwartz up with a catheter, revealing just how serious BMW was about the drift run.

'I also did have a catheter,' Schwartz revealed. 'My commitment was either I do it the right way, or I don’t do it at all. You can’t half-ass it. Not for a big deal like that.'