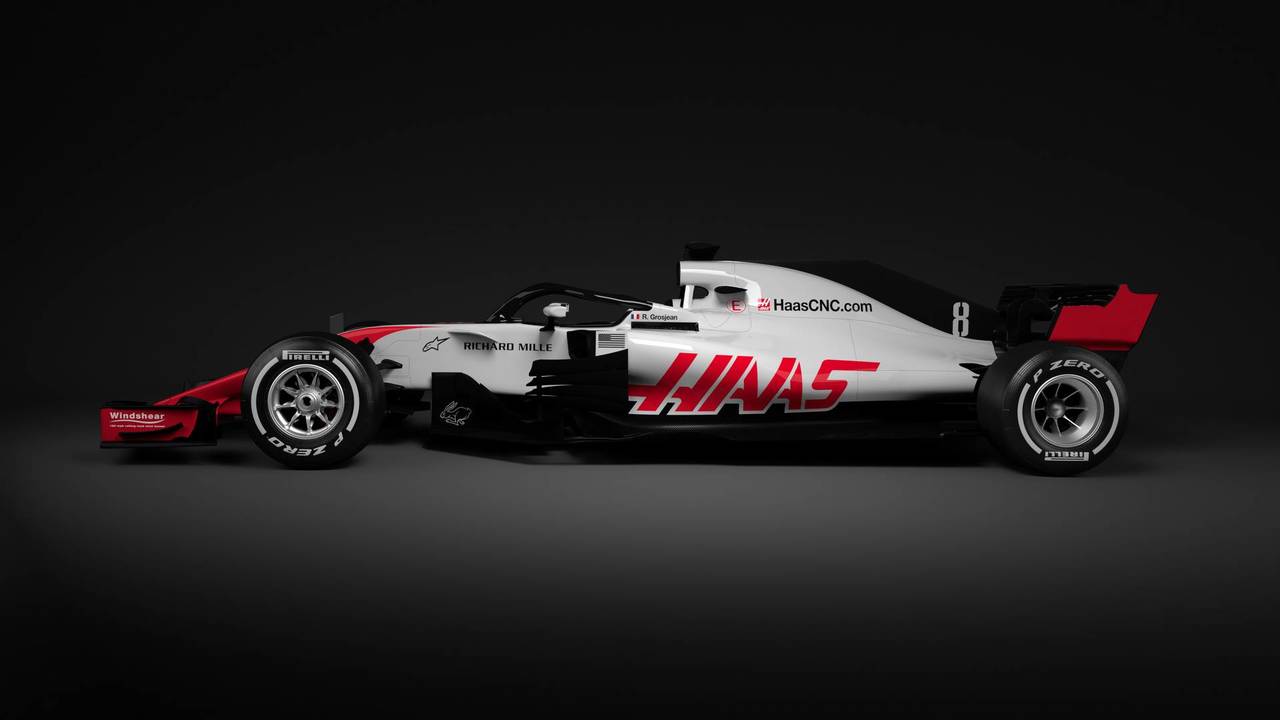 The American team has become the first team to show-off its new car.

Haas F1 Team has become the first team to reveal its 2018 car, the VF-18, giving us the first taste of Formula 1 this for this season.

It also gives us the first clues as to what the polarising Halo will look like when integrated with an F1 car for real. The head protection device was mandated for this season after testing over the last couple of years, and all teams have been forced to alter their designs to incorporate the titanium and carbon feature onto their cars for this year.

Another key difference between this year's cars and those of 2017 is the removal of the 'shark fin' aerodynamic device on the engine cover and the 'T-wing' appendages that came with it. Both were outlawed on cosmetic grounds, although the shark fin was expected to stay at one point in order to maximise advertising space.

The Ferrari-powered VF-18 features a livery similar to the car the team fielded in their debut season back in 2016 – a livery that draws inspiration from Haas Automation's CNC machines.

The key theme in the car's design has been weight reduction. Haas were keen to keep the overall weight of the car down to give them more freedom to use ballast in car setup. However, the addition of the Halo cause the team some headaches, but team principal Gunther Steiner acknowledges that ever manufacturer will be in a similar position at first.

'Our 2017 car was actually pretty good, but we didn’t always get the best out of it, and that’s what we aimed to change in 2018. We got the car as light as possible to carry more ballast. We were able to do a better job of putting the weight where we wanted it,' said Steiner.

'We eliminated a lot of the variables where we knew we were weak. We've focused on what it's going to take to get our car to be consistent and close that gap to the top teams,' he added. 'The total minimum weight of the car increased because of the halo, and there's a higher centre of gravity simply because of the halo's position. But, everyone is in the same boat.'

'The regulations stayed pretty stable between 2017 and 2018, so the VF-18 is an evolution of our car from last year,' he said. 'It's less about reinvention and more about refinement. You see elements we had from last year on the car this year.'

Williams will be the next team to unveil its 2018 challenger tomorrow, followed by Red Bull on Monday, then Renault and Alfa Romeo Sauber on Tuesday.