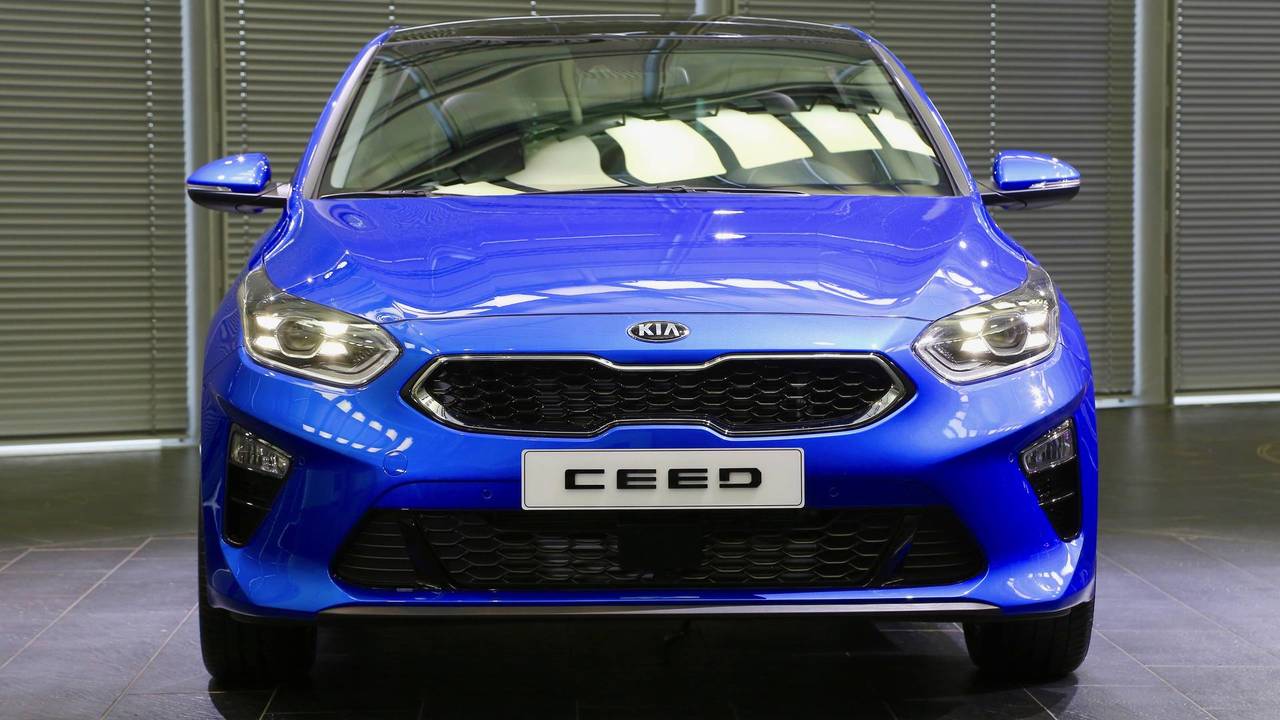 The Kia Cee’d is a big seller for the Korean brand with over 640,000 finding homes since its inception in 2012. However, competition is tough with rivals such as the Honda Civic, Volkswagen Golf and soon to be revealed 2018 Ford Focus upping their game. The all-new Kia Ceed has been revealed before its debut at the Geneva motor show.

Note ‘Ceed’ and not Cee’d as Kia has removed the apostrophe to make the car appear more universal. What does Ceed stand for? Community of Europe, with European Design.

The new Ceed continues Kia’s signature ‘Tiger Nose’ grille tradition and those funky ice-cube daytime running lights are standard across the range. This model has matured leaving behind creases and tapering lines in favour of a more straight-laced design. Is it less adventurous than its predecessor? We’ll leave you to decide. More overt are the car’s distinctive taillights with an intricate lighting signature. Your choices of wheels range from 15-inch steel wheels on the base car, up to the smart 17-inch diamond-cut alloys pictured.

Kia claims that this interior is of high quality and more ergonomic than before. The centre console is angled towards the driver for ease of use and a greater number of soft-touch materials feature. There are a range of trims to choose from that supplement the cabin with faux-leather, aluminium, glossy plastics and real leather, dependant upon which grade you go for. Boot space is a Volkswagen Golf surpassing 395-litres.

Automatic lights and keyless entry comes as standard, but it’s possible to grow the car’s touchscreen to 8.0-inches and enjoy Radio 2 via a premium JLB sound system. You can also option an in-car wifi hotspot to keep the kids connected (and quite) on long journeys. A tech first for Kia is ‘level two autonomy’ in the form of lane keeping assistance and active cruise control. The car will keep a safe distance from other traffic and makes sure that it remains within its lane should it stray.

There’s a good selection of petrol and diesel engines on offer including a new 1.6-litre diesel that ‘goes beyond’ the already strict Euro 6d TEMP emissions regulations. It can be had in two states of tune, 113bhp and 134bhp. Petrol power comes in the form of a 118bhp 1.0-litre, 99bhp 1.4-litre and a new 138bhp 1.4-litre that replaces the old 1.6 unit.

All cars come with a 6-speed manual transmission, but the new 1.4-litre petrol and 1.6-litre diesel engines can be had with Kia’s seven speed double-clutch transmission. Every Ceed also receives Kia’s 7 year 100,000 mile warranty.

Pricing has yet to be announced, but we do know that the car is expect to arrive in the UK at the end of Q2 this year.