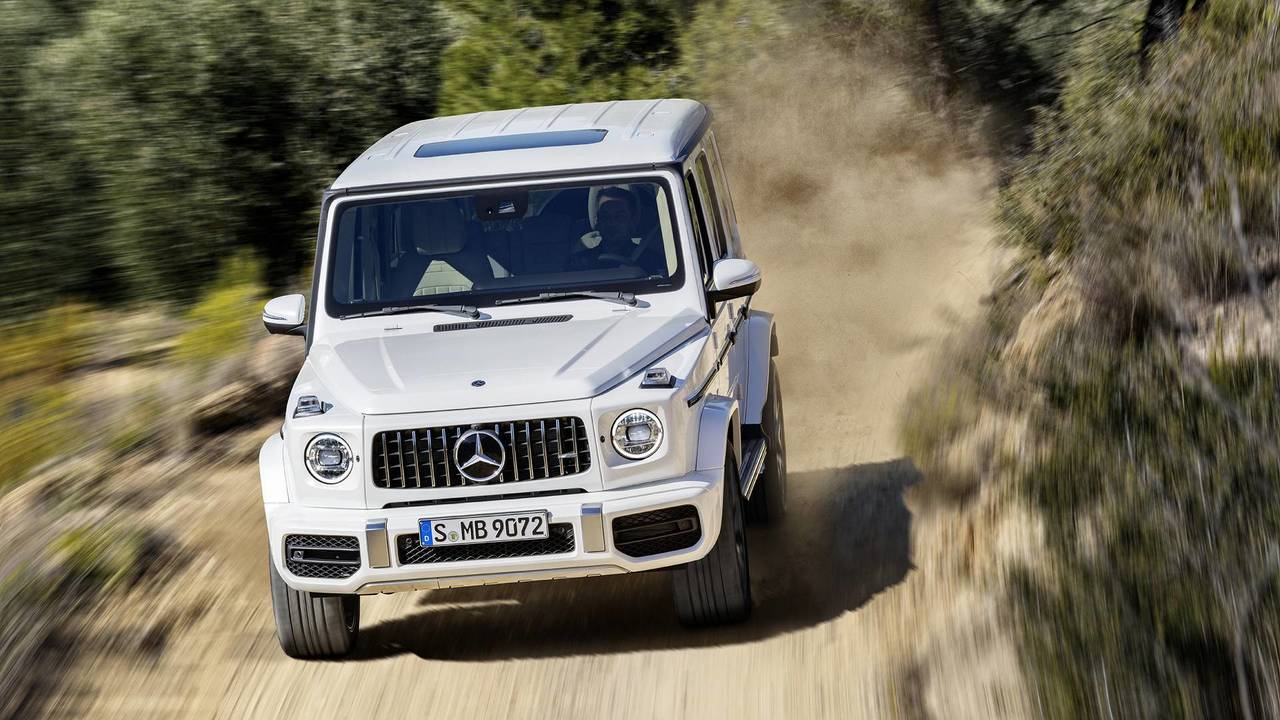 Barely a month since Mercedes-Benz brought one of the most recognisable motoring silhouettes kicking and screaming into the 21st Century, the performance division from Affalterbach has turned its attention to making something with the aerodynamic properties of a road-going house go as quickly as possible.

Yet this is not the G-Wagon’s first performance rodeo. The previous G63 was equally bonkers and powered by a twin-turbocharged 5.5-litre V8 (known internally as the M157 unit, car geeks). While we loved it - admittedly, in a very irrational way - you could never escape the feeling that it was an automotive relic designed for military use now being asked to deal with four times the power it was originally prescribed.

The new 2018 Mercedes-AMG G63, however, promises to be something altogether more capable. The Tonka toy styling of its aged predecessor remains, as do the AMG-specific badges and side-mounted exhaust pipes. On the outside, there’s also a new grille, 21-inch alloys, extended wheel arches and deeper front and rear bumpers with matt silver kick plates to compliment that newly reinvented interior.

But it’s under the aluminium body where the key changes have occurred. Power now comes from a twin-turbocharged 4.0-litre V8 engine, married to a nine-speed automatic gearbox. It’s the same unit that features in sports cars from the AMG GT-R to the Aston Martin DB11 V8 although here, it develops 577bhp and generates 626lb ft of torque.

Using a new AMG Performance 4Matic four-wheel drive system, it also provides a 40:60 rearward biased power delivery and can accelerate from 0-62mph in 4.5seconds. That’s 0.9secs quicker than the previous G63 and is faster than a Range Rover Sport SVR (Range Rover quotes a 0-60mph time of 4.5sec). For a brick on wheels that weighs 2485kg, that is astonishing.

While top speed has been limited to 137mph, customers do have the option to specify a driver’s package that includes new wheels, upgraded tyres plus an extended 149mph top speed. There are also three different damping modes - Comfort, Sport and Sport Plus - for when the car is not tackling off-road descents.

Despite the advancement in weight-saving and clever engine technology, that can close down four of the eight cylinders when cruising, the fuel gauge will still move in real time. Mercedes quotes a combined fuel consumption figure of 21.4mpg and 299g/km of CO2, which represents a negligible 1mpg and 23g/km improvements, respectively.
No word on UK pricing yet, but we do know the previous G63 would have cost an eye-watering £130,000. The latest G63 launch version, known as Edition 1, should therefore come in around the £150,000 mark because of its exclusivity and the fact it features bespoke colours, AMG sports seats, dark tinted headlamps and tail lamps, forged 22-inch alloys and a flat-bottomed AMG steering wheel.

Even when considered amongst other performance SUVs, the G63 has never been the logical choice, but then the appeal of a car doesn’t always relate to cold hard logic.