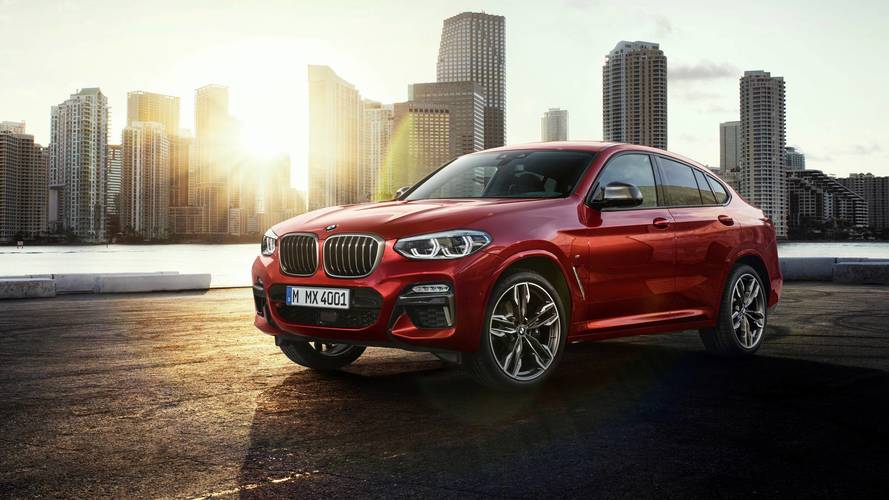 So you want a car that has the visual presence of an SUV, but the looks of a sports car? An odd combination, but one that saw surprising success in the BMW X6. The German brand launched a miniaturised variant, dubbed the X4, in 2014. Now there’s a new one.

Based on the same platform as the all-new BMW X3, the sportier X4 looks to be a bit more grown-up with softer creases and rounded edges. It retains the sloping coupe roofline but intricate 3D lighting and a more pronounced shoulder line delivers on sophistication.

That theme continues on the inside where you’ll find the latest generation of BMW’s excellent iDrive infotainment system. A 10.25-inch touchscreen can be had along with a head-up display and three-zone climate control. The 2018 BMW X4 is also longer and wider than before in a bid to boost practicality. There’s now 525-litres of boot space, 25-litres more than before, thanks to some additional underfloor storage.

At launch there will be two petrol and two diesel engines on offer. A 184bhp xDrive 20i kicks off the range followed by the xDrive 30i. The 2.0-litre xDrive 20d is the most efficient claiming over 52mpg combined and the 30d is the most potent oil-burner. All cars come standard with all-wheel drive.

BMW M Performance models will follow soon after and will include an M40d powered by a 326bhp 3.0-litre diesel. Top dog of the range will be the M40i that packs 360bhp and gets from 0-62mph in 4.8 seconds.

Prices start from £43k and you can place an order from today. The new BMW X4 will make its debut at the Geneva motor show and is to hit UK roads in July.