The Ford Mustang has been immortalised in plastic bricks 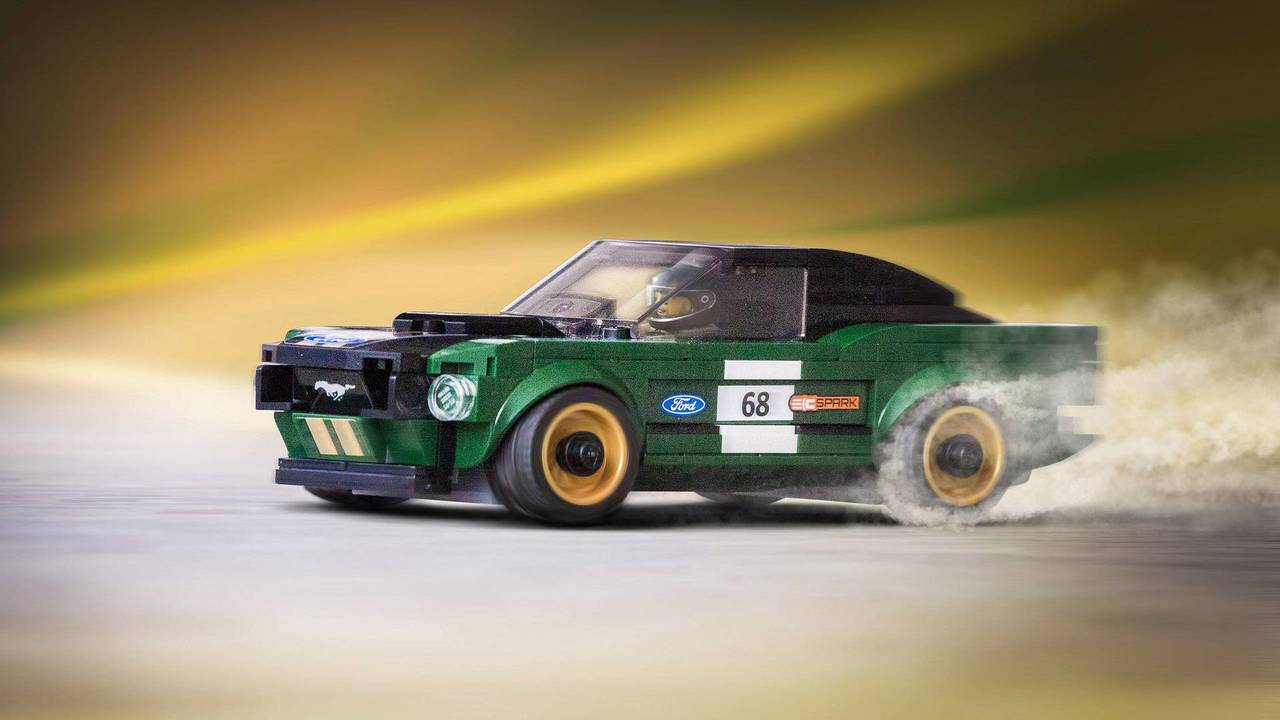 Prepare some shelf space, people. Plastic brick purveyor Lego has just pleased car fans across the globe by immortalising the 1968 Ford Mustang Fastback. The 183-piece Lego kit that includes said car, driver and timing board, goes on sale on March 1 and is part of the Danish firm’s Speed Champions series.

Speed Champions is the Lego sub-brand that has been established for those of us who spent their youth memorising seemingly pointless car statistics rather than Star Wars quotes. Each box of joy attempts to honour a car worthy of classic status, and appeals way beyond the suggested age guideline of 7-14 years.

While some of the miniature models look great, such as the Bugatti Chiron and Ford GT, others lend themselves less well to a conversion involving interlocking plastic bricks. McLaren 720S, we’re looking at you. Fortunately, the Mustang Fastback is passable, no doubt assisted by the green and gold paint with dual stripes, and the fun race graphic stickers. Significantly less fun if you’re responsible for assembly and have the hands of a lummox…

“This 1968 Mustang fastback race car is a special product that adds even more excitement to Ford’s Lego Speed Champions lineup,” said Matt Monroe, Ford licensing manager. “We worked closely with Lego to design a vintage Mustang, personalising the fastback with stripes and decals that hark back to Ford’s racing heritage.”

Sadly, this version of the Ford Mustang GT will not be making its debut at the Geneva Moto Show but will instead go straight to Lego showrooms. Prices are estimated to cost £12.99.