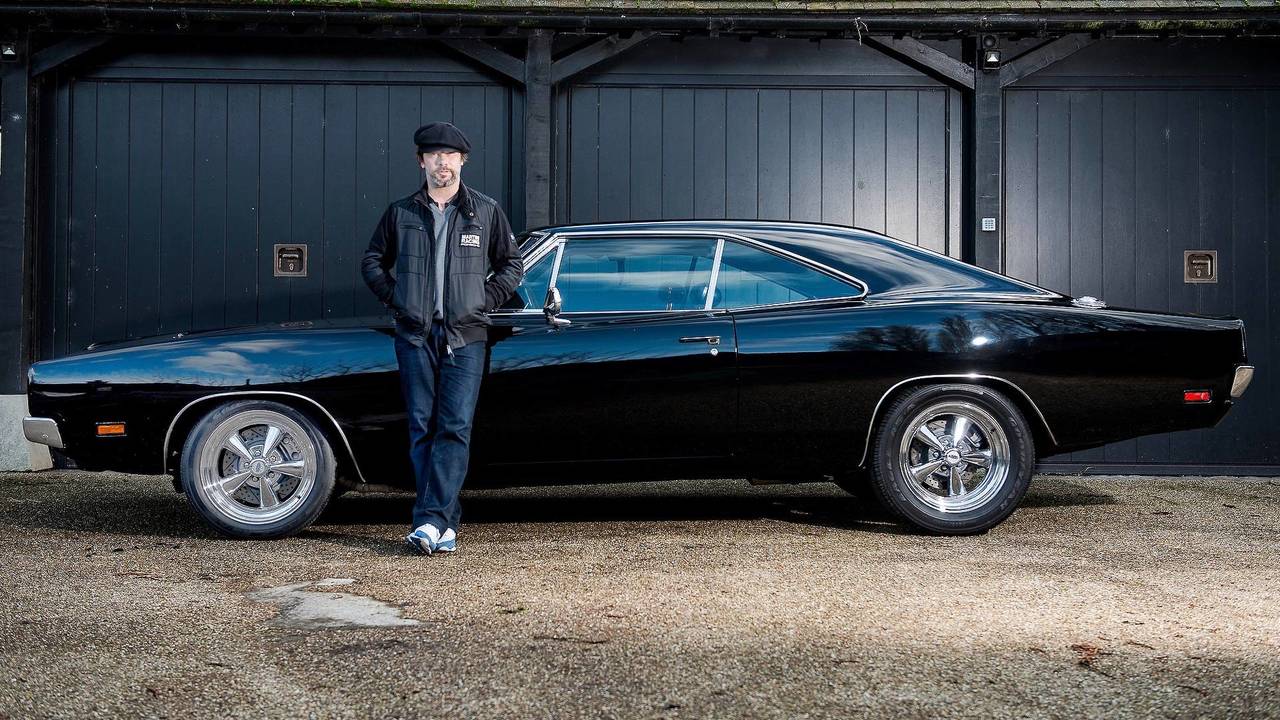 The Dodge Charger is most famous for its appearance in cult 60s film Bullitt where, over 11-minutes of tyre-screeching, car-yumping screen time, a black-on-black version of the ’68 coupe chased a Highland Green ’68 Ford Mustang GT Fastback through the streets of San Francisco before reaching a fiery end. Spoiler alert, sorry, though the film is still worth searching out. Film critic Emanuel Levy branded the car choreography as ‘one of the most exciting chase scenes in film history’.

Mr. Kay, 48, was unavailable for comment, but we’re sure this car’s Hollywood status would have ensured its appeal to the Jamiroquai lead. And perhaps the fact he is also a bona fide gearhead, boasting an impressive collection of automotive exotica that includes a bespoke Ferrari Vignale 330 GT, Porsche 911 2.7 RS and BMW 2002 Bauer Cabriolet.
The comprehensive history file supporting the sale reveals that Jay Kay imported the car in 2008 and in 2014, he spent £25,000 restoring the 8.2-litre V8 engine and three-speed automatic gearbox so that it Feels Just Like It Should. And just like the bass-filled undertones of Emergency on Planet Earth, it will still sound utterly magic.

Silverstone Auctions says this particular version of the Charger boasts an original interior and is finished in ‘Bullitt’ spec, though the eagle-eyed amongst you will note this is actually a later spec ’69 Dodge Charger, identifiable by the revised taillights. Yet what this model lacks in true Bullitt specification, it gains in celebrity owners. Turns out that Jay Kay bought this car from Bruce ‘Yippe ki-yay’ Willis, who had owned the car for 10 years after receiving it as a gift from his first wife, actor Demi Moore.

Nick Whale, managing director at Silverstone Auctions, said “the car’s star-studded celebrity past will attract interest from bidders around the world, who will also appreciate that it is one of the best examples of a 1969 Dodge Charger ‘Bullitt’ spec model currently available to buy.” The V8 muscle car is left-hand drive and is estimated to fetch between £50,000 and £60,000. For more information, visit www.silverstoneauctions.com.