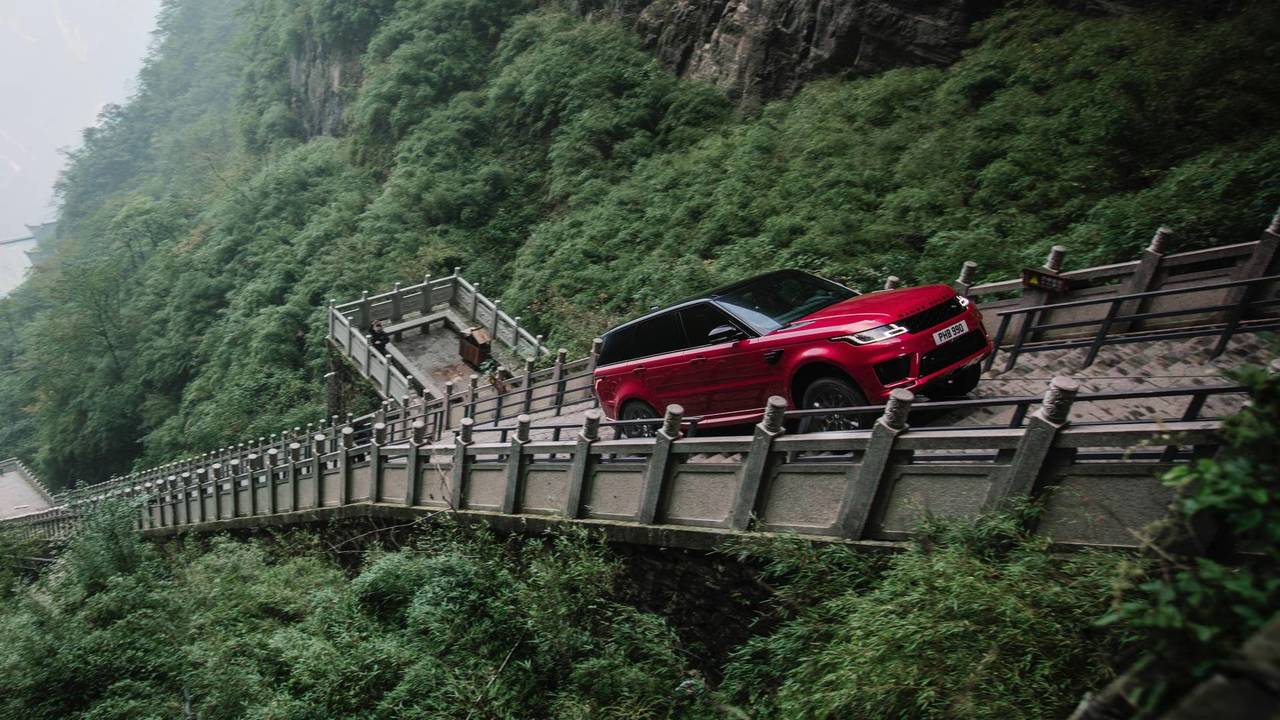 The recently revealed Range Rover Sport PHEV claims to boost the SUV’s green credentials without denting its all terrain ability. To prove it means business the brand sent the car to China to tackle the famed Dragon Road and a set of stairs.

The Dragon Road runs up the Tianmen Mountain and consists of 99 challenging corners over seven miles. It ends at the foot of a landmark called Heaven’s Gate, but in order to get to ‘heaven’ you’ll need to tackle 999 steps set at a 45 degree angle.

Jaguar Formula-E reserve driver and Le Mans class winner, Ho-Pin Tung, piloted the Range Rover up the mountain road making full use of the SUV’s Ingenium petrol engine and electric motor. Combined the car churns out 398bhp and 472lb ft of torque, enough to get it from 0-60mph in 6.3 seconds.

When presented with the stairway Ho-Pin put the Range Rover’s Terrain Response system which optimises performance for each wheel individually. This advanced all-wheel drive system has been tested in deserts, swamps and in arctic blizzards — it made short work of the stairs. “I’ve experienced Formula E, Formula 1 and won at the 24 Hours of Le Mans but this was without doubt one of the most demanding driving challenges I’ve ever faced. The Range Rover Sport PHEV performed brilliantly” said Ho-Pin.

In a more everyday environment the Sport PHEV P440e can run in a pure-electric mode for 31 miles and return a claimed 101mpg on the NEDC test. Charging this new breed of Range Rover via a Type 2 charger (on a typical 7kW charge) will take 2 hours and 45 minutes.

The PHEV was introduced as part of the Range Rover Sport’s facelift and costs from £70,800. Company car buyers are looking at 16% BIK tax, considerably less than the 37% of a diesel equivalent.