This is the car that will take Alonso to Le Mans 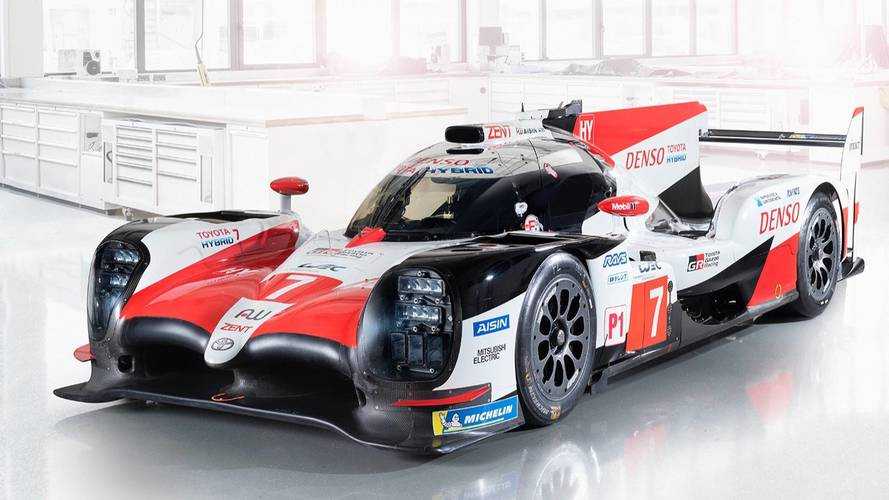 Toyota unveils 2018/19 WEC challenger, which will race at Le Mans in June.

Toyota has revealed the car that it will race in the so-called 2018/19 World Endurance Championship 'superseason', including an attempt in June by Fernando Alonso to win at the 24 Hours of Le Mans and go for the 'triple crown' of Monaco GP, Le Mans 24 Hours and Indianapolis 500 wins.

The TS050 Hybrid, which is largely unchanged in specification from the end of last season, was revealed in the livery it will carry for the 2018/19 superseason. The WEC is set to move to a Formula E-style multi-year format from 2019, starting in the autumn and ending with the Le Mans race in the summer of the following year. As the championship makes the transition it means an epic superseason, which will encompass both the 2018 and 2019 Le Mans races.

Toyota hopes its new TS050 racing car will finally get it over the Le Mans finish line in first place after years of trying. The car has already been out for testing twice, having been given a shakedown at the start of January at Aragon before undertaking a first endurance test at the same venue last week.

Two-time Formula 1 champion Alonso had his first test with Toyota in the revised car at the long-distance simulation in Spain, which began on the day that his signing was announced. A spokesman for the Toyota team said at the time that the test 'went well' and that the team 'had no issues'.

Toyota has so far undertaken its testing with a single car. Two more endurance runs have been scheduled ahead of the official WEC Prologue test at Paul Ricard at the start of April.

Fernando Alonso is set to compete in the full 2018/19 season of events with Toyota, although he'll miss out on the Japanese car maker's home race at Fuji because it clashes with the Mexican Grand Prix on 21 October. Fuji organisers have requested a date change so that Alonso can make it – Toyota owns the circuit.