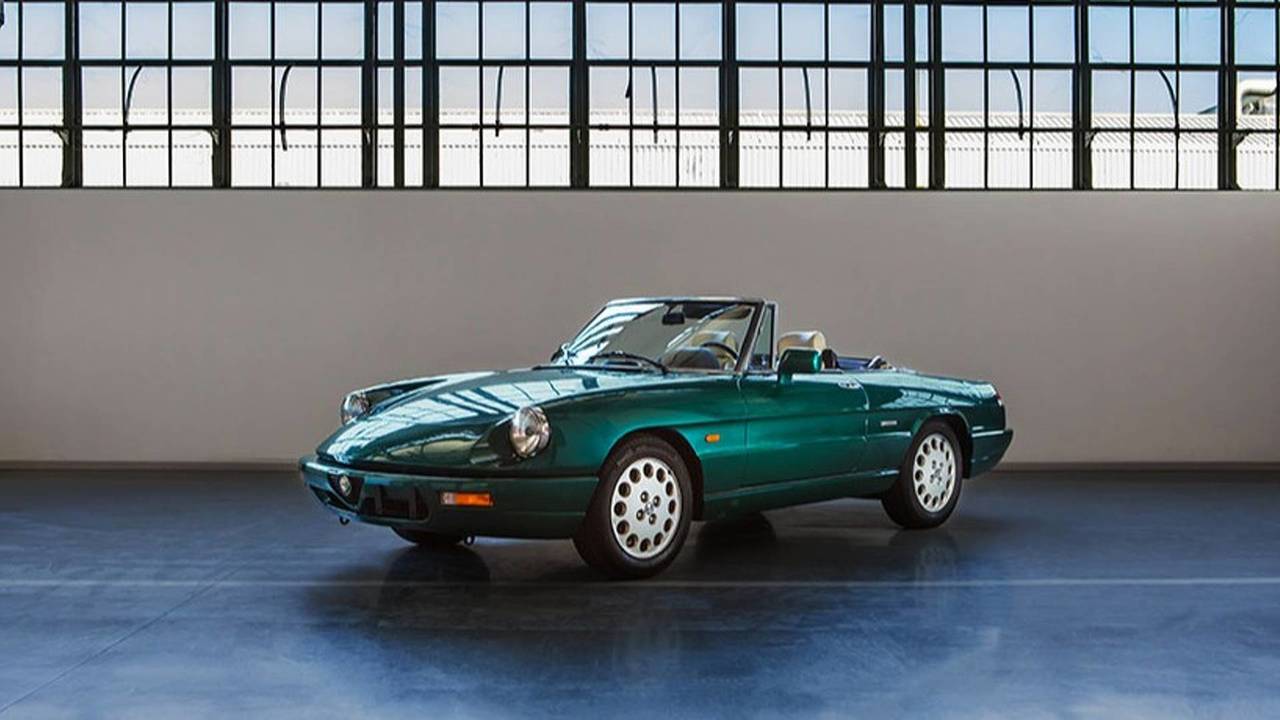 The company will buy back old cars and return them to their former glory.

Refreshing classic cars seems to be the done thing these days. Jaguar has resurrected a handful of classics, including the D-type, Land Rover is giving the Defender one last hurrah, plus there's the likes of Eagle, Singer and others who will breathe fresh life into the cars of yesterday.

Now Fiat Chrysler is jumping on the bandwagon with its 'Reloaded by Creators' scheme.

The program – run by FCA's heritage department – will see the company buy old Alfa Romeos, Abarths, Fiats and Lancia, restore them to their former glory, then sell them on. FCA says it will buy 'carefully selected classic cars' which will then be restored and sold on to 'finance new scouting activities to add important new pieces to FCA’s historic collection'.

The first of five models refreshed by FCA are on display at the Retromobile show in Paris this week. They include an Alfa Romeo Spyder that has been in the company's possession since it rolled off the production line in 1991. The car was used for a number of so-called technical 'tests', making it a true one-off.

Also restored by the scheme is a 1989 Alfa Romeo SZ V6 built by Zagato, a 1981 Fiat Spider Europa which is perfect for modern Fiat 124 lovers who want something a little more exclusive, a 1973 Lancia Fulvia Coupe Monte Carlo built to celebrate the marque's 1972 Monte Carlo Rally win, and a Pininfarina-penned 1959 Lancia Appia Coupe. Those last two are particularly important considering Lancia as a company is a shadow of its former self. It only sells one car in one country, so it presents the perfect opportunity to buy a 'new' Lancia that isn't based on a Fiat Panda – especially if you live outside of Italy.