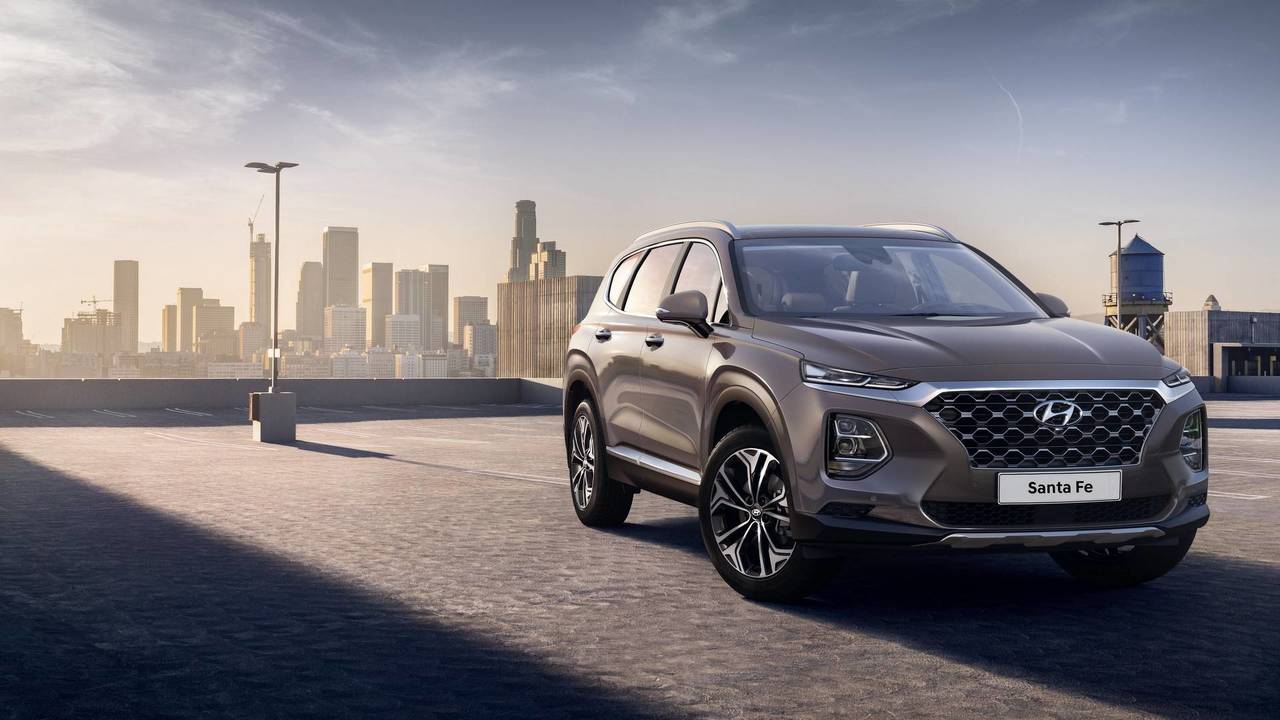 Hyundai has revealed its latest generation Santa Fe with a pair of teaser images. The fourth generation of the SUV which has been around since 2001 will debut at next months Geneva Motor Show following a world premiere later this month.

The new Santa Fe displays a new, bold and powerful modern look that is complemented by twin headlights and a cascading grille, in line with other Hyundai SUVs. Its strong stance leaves no questions over its position at the top of the Korean brands off-roader tree. The interior has been reworked too to make it not only roomier, but improve visibility too.

With an overall length of 4,770 mm, a width of 1,890 mm and a longer wheelbase, it is an altogether bigger car than the one it replaces.

It also comes with a whole host of class-leading safety features which Hyundai is calling SmartSense technology. The features include Rear Cross-Traffic Collision-Avoidance Assist that warns of oncoming traffic from the side when reversing out of spaces and can apply the brakes automatically – which is fitted to a Hyundai for the first time on the new Santa Fe. There's also the Safety Exit Assist which prevents accidents when people are getting out of the car by temporarily locking the doors when vehicles approach from behind.

Other than that, very little is known about the new Santa Fe, although you can expect there to be some sort of change in the engine lineup from the outgoing model. The previous one came under some scrutiny for it's poor engine selection – it was only available with a 2.2-litre diesel engine. We're expecting the new Santa Fe to broaden the engine lineup with petrol or even hybrid options this time.