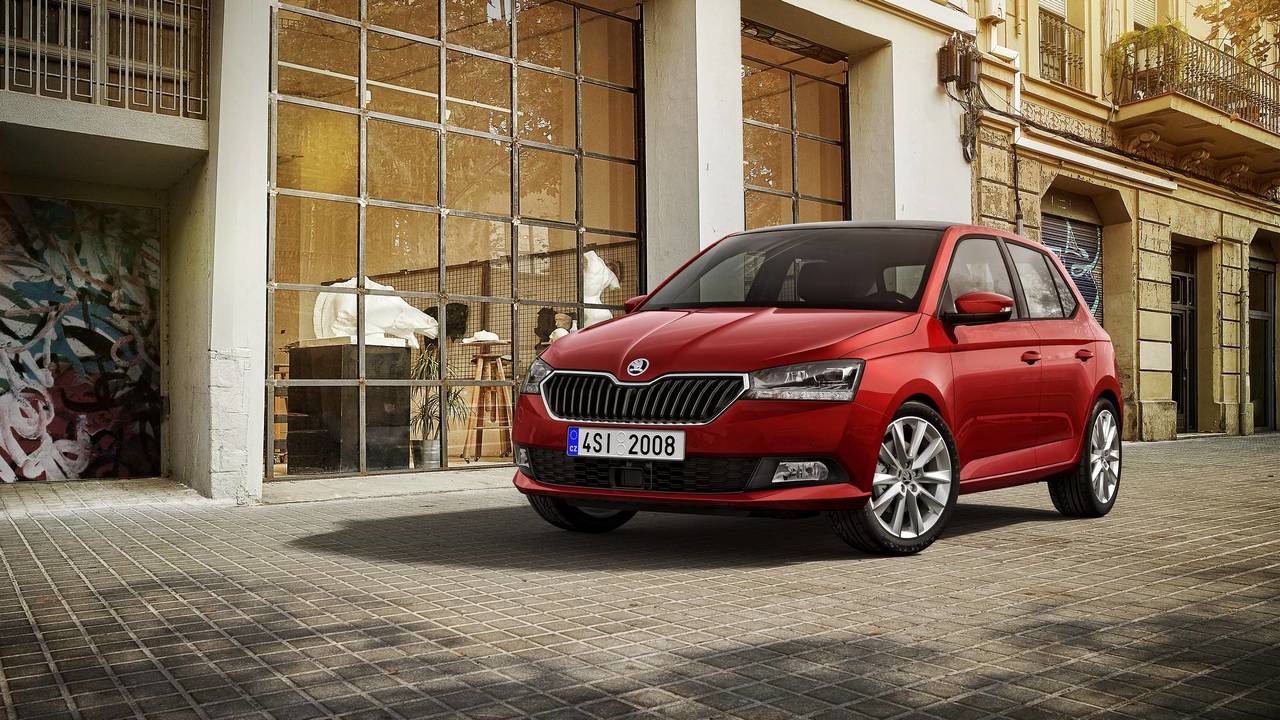 Gasp – Skoda's ditching the 1.4-litre diesel from the range.

Skoda has revealed a first glimpse of its facelifted Fabia hatchback, which will make its official debut at next month’s Geneva motor show.

There are updates to the front and rear of the car, including new LED lights, as well as a range of peppy 1-litre engines and an upgraded 6.5-inch infotainment system inside the cabin.

Exterior changes are limited to the new headlights and an extra choice of 18-inch alloy wheel. The angled front lights further enhance the sharp lines of Skoda’s small car, introducing LED tech to the Fabia for the first time.

Skoda says that it is introducing some of its ‘Simply Clever’ features to the car – the ice scraper inside the fuel filler flap has long been a delightful feature on the Czech cars, but this has been upgraded to include a tyre tread depth gauge for added fun. USB ports can now be specced for rear-seat passengers, double-sided boot mats are available and there’s even a small removable, rechargeable torch integrated inside the rear load bay of the estate version of the Fabia.

The big news for the facelift that Volkswagen subsidiary Skoda probably won’t want to talk about too much is the ditching of the 1.4-litre diesel engine from the range. The facelifted Fabia will be sold with a choice of four 1-litre three-cylinder petrol engines that Skoda says offer ‘comparable’ economy to diesel units.

The two entry-level MPI engines offer 59 and 74bhp, while the turbocharged, direct injection TSI units offer 94 and 108bhp. The latter two engines will come fitted with petrol particulate filters and will be available with a seven-speed DSG automatic transmission.

The new Fabia is an important model for Skoda – the company has sold more than four million of them since the car was first introduced in 1999. The facelifted third-generation model will be shown to the world at the Geneva show at the beginning of March before going on sale in the second half of 2018, says Skoda.