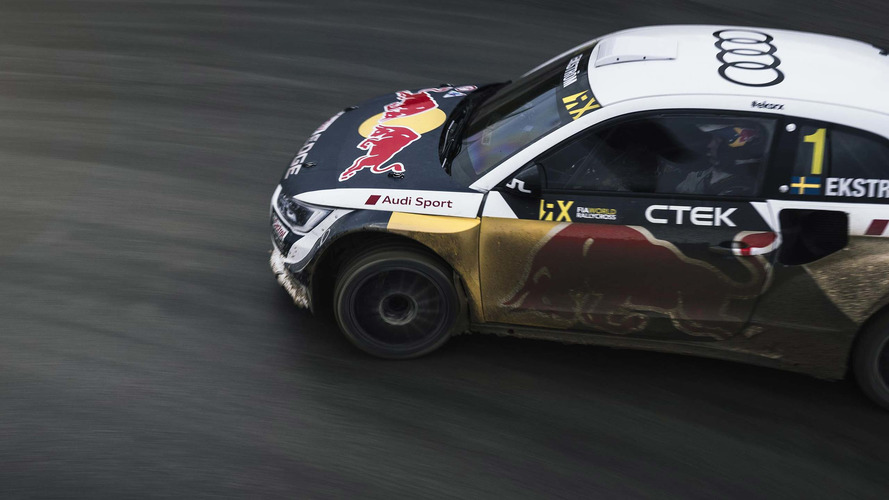 WRX cars will switch to all-electric power in two years.

The World Rallycross Championship will become an all-electric catgeory by 2020 according to Motor1.com sister outlet Autosport.

The FIA-backed series announced last year that they would introduce electric cars in the future as a separate category, but now the championship is set to shun its traditional petrol-powered Supercars in favour of battery-powered alternatives in its top class.

'Electric cars will be the world championship. They absolutely, categorically will be the world championship,' a source told Autosport. 'Fifteen cars are required to begin in 2020. Nine different manufacturers have been engaged in the discussions and negotiations so far, but the ability to buy the required components and build a car has to be open to privateer teams if they want to go that way too.'

'It will be 2020 at the earliest [before an EV introduction] but we're in discussions about what format the concept might take, what the cars will be like and where it will sit in the World RX weekend.'

It is belived that the electric rallycross cars will share a common carbon tub chassis, safety structure, and braking and suspension systems, with composite bodyshells sitting on top of the chassis mirroring production cars. Batteries will also be a common component, but bodywork and drivetrains will remain manufacturer-specific.

Of the nine unnamed manufacturers reportedly interested, Audi, Volkswagen, and Peugeot are known to be keen to be involved in rallycross' electrified future.

'We decided to change discipline in order to change the communication, to switch more to electric rallycross,' said Peugeot Sport boss Bruno Famin after an announcement that the French manufacturer would shift its focus to rallycross. 'That is the target for 2020 and to be efficient we have to be more involved in rallycross to be fully ready when we change the technology.'

Last year, just six manufacturers – Volkswagen, Audi, Peugeot, Ford, Subaru, and Honda – had official factory involvement in rallycross across both the European-based WRX series, and the US-based Global Rallycross series. Next year GRC is also expected to introduce electric cars. Initially that was expected to be a separate class too, but EVs are now expected to run in the same class as the more traditional supercars at first.

In World Rallycross at least, supercars are expected to remain in some form in the coming years, but exactly how is yet to be seen.