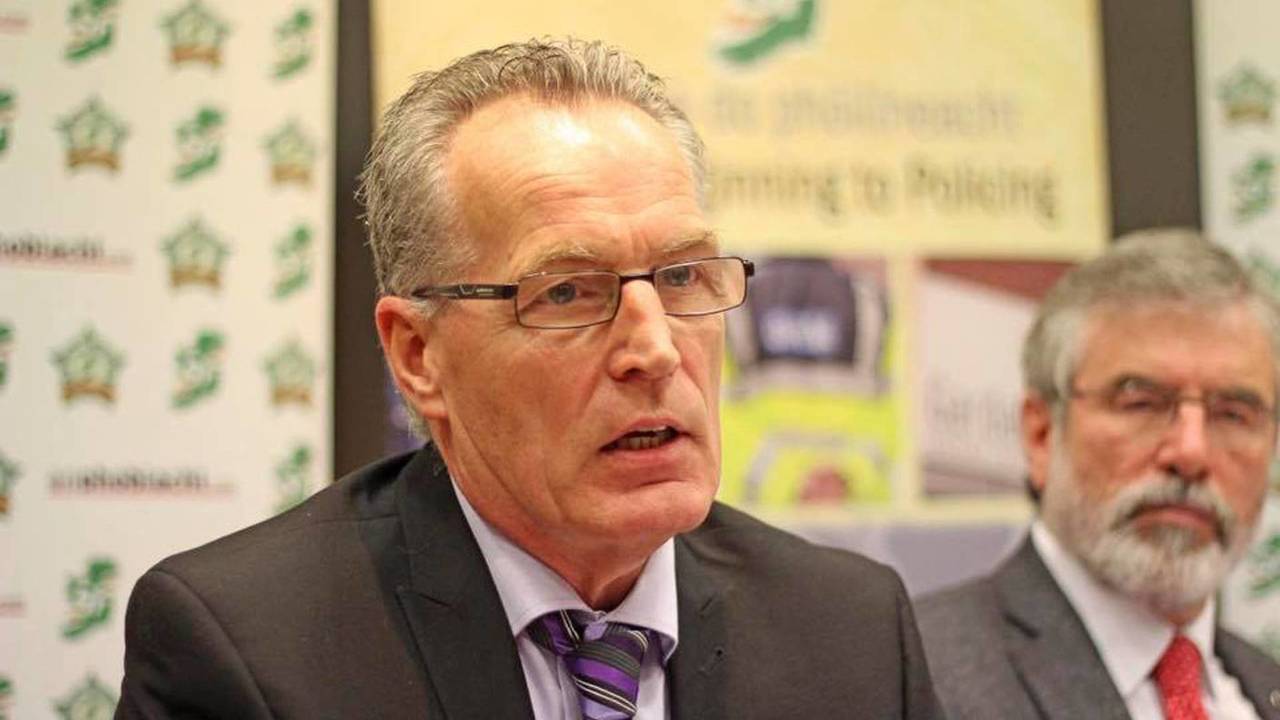 The Northern Irish politician has met with police and now paid the original fine.

Sinn Fein has been left red-faced after its policing spokesman was caught cutting a clamp off his car outside a gym in Belfast.

Gerry Kelly was filmed cutting the device off his car, after it was fitted while he was at a gym in Belfast last week. The private parking firm in the area, which was outside the Metropolitan Arts Centre (Mac) near St Anne’s Cathedral, confirmed that it had reported an incident of criminal damage to the police. Kelly said that he had been under pressure to get to the Northern Ireland Assembly buildings at Stormont for talks.

Deputy leader of rival party DUP Nigel Dodds isn't expecting Kelly to face any internal action from his own party. 'They preach respect but show little or no respect for people, rules or laws which they disagree with,' he said. 'They preach equality but, to them, some are more equal than others. This is another significant test for the Sinn Fein leadership.'

The Police Service of Northern Ireland (PSNI) confirmed the report in a statement, saying it had received a report of criminal damage in the Exchange street area of Belfast at around 2.20pm on Friday. 'It is believed that damage was caused to the wheel-clamp of a car,' said the police statement. Kelly has now met with police for a voluntary interview and agreed to pay the initial fine.

In a statement issue to the press, Kelly said: 'I came out of the gym just after 8am to head to Stormont for talks. I saw that my car had been clamped. I phoned the number on the notice and the only response I got was music. I then went in to the Mac and asked had they another number for the company. I immediately rang that number and this number was out of use.

'I was under pressure to get to the talks meetings. I remembered that the gym had a set of bolt cutters and I borrowed them. Let me add that staff at the gym were not aware what I was using the bolt cutters for. I then removed the clamp. I made an on-the-spot decision which I now regret.

'I have contacted the company and paid the fine. The issue has now been resolved.'

It is understood that Kelly paid the £150 for the parking violation as well as £50 towards replacing the broken clamp.

Traditional Unionist Voice (TUV) leader Jim Allister demanded that Kelly resign and face punishment. 'It must be demonstrated he is not above the law,' he said, adding that Kelly's 'audacious taking of the law into his own hands must not go unchallenged.'