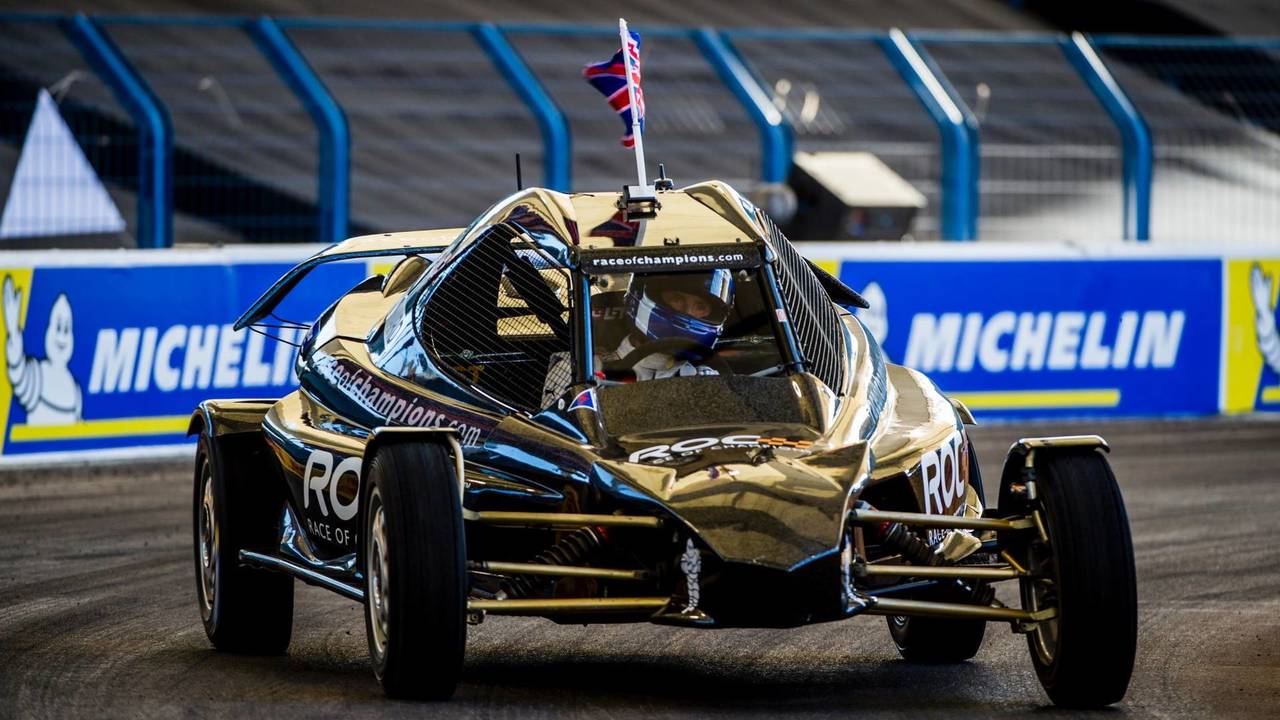 Coulthard says he's happy to prove his son he's not too old.

Coulthard took the opening heat ahead of Solberg in Whelen Euro Nascars by just over half a second, then he sealed the Champion of Champions title by winning the following heat comfortably by 1.7 seconds in Vuhl 05 machines.

It is Coulthard’s second RoC triumph after his win in Barbados in 2014, and he was undefeated throughout Saturday’s individual event. Coulthard defeated nine-time Le Mans 24 Hours winner Tom Kristensen in the semi-final in Xtreme Pickups, winning by just over a tenth.

The Champion of Champions competition took place as ever after the Nations Cup, which was won this year by the German team of Le Mans winner Timo Bernhard and current DTM champion Rene Rast.

World Rallycross teammates Solberg and Johan Kristoffersson faced off in the second semi-final in Vuhls, but Solberg won by a second after a much better start. Last year’s Champion of Champions Juan Pablo Montoya was eliminated by Kristensen in the quarter-final by less than half a tenth in RoC buggies, Kristensen getting revenge for losing last year’s final to the Colombian.

Coulthard beat IndyCar champion Ryan Hunter-Reay by six tenths in the second quarter-final in Vuhls. Kristoffersson progressed from the third quarter-final after reigning IndyCar champion Josef Newgarden locked up his brakes and hit the barriers in their Ariel Atom contest. Solberg won the last quarter-final by beating European Formula 3 runner-up Joel Eriksson by just under a second in Euro Nascars.

Montoya topped Group A with a clean sweep of three heat wins. Hunter-Reay progressed into the quarter-finals with him after pipping three-time Indianapolis 500 winner Helio Castroneves by less than a tenth of a second in their deciding heat for who would be the group’s runner-up in Xtreme Pickups.

Castroneves therefore joined European Le Mans Series driver and three-time Rolex 24 at Daytona winner Memo Rojas in being eliminated at the group stage. Coulthard topped Group B in similar fashion by winning all three of his heats. Kristensen joined him in the quarter-finals as runner-up with two wins from three, after losing out to Coulthard in their heat in RoC buggies by four hundredths of a second.

Elsewhere in the group, e-racer Rudy van Buren sprung a surprise by beating Nations Cup winner Timo Bernhard in KTM X-Bows. Both were eliminated from Group B, Bernhard ending up with zero heat wins. In Group C Kristoffersson, Eriksson and DTM Champion Rene Rast ended up tied on two wins apiece, and Kristofferson and Eriksson progressed by virtue of having the best heat times.

Rast won his final heat by default when F3 champion Lando Norris had to withdraw after crashing his Xtreme Pickup in an earlier heat and injuring his hand. It meant best times from their Ariel Atom heats had to be used to split Rast and Eriksson, which put Eriksson through. It also meant that both the Team Germany winners from the Nations Cup did not progress beyond the individual event’s group stage.

Solberg topped Group D, another to win all three of his heats, and was joined in the quarter-finals by Newgarden. Local drivers Ahmed Bin Khanen and Yazeed Al-Rajhi dropped out.