A new face, a new interior, and loads of new tech gives the A-Class a more modern look.

As the entirety of the Mercedes-Benz lineup undergoes an evolutionary update, the smallest offering – the A-Class – is not immune. The compact car has been on the market since 1997, but only as recently as 2012 did it transformed from a slightly strange looking MPV-lookalike with futuristic ideals to a more mainstream hatchback.

The German car maker hopes to continue that mass-market success with a new model. The fourth-generation A-Class was revealed today, and rides on an entirely new platform, comes with lots of new technology, and of course, features an all-new look. But let's compare new and old. 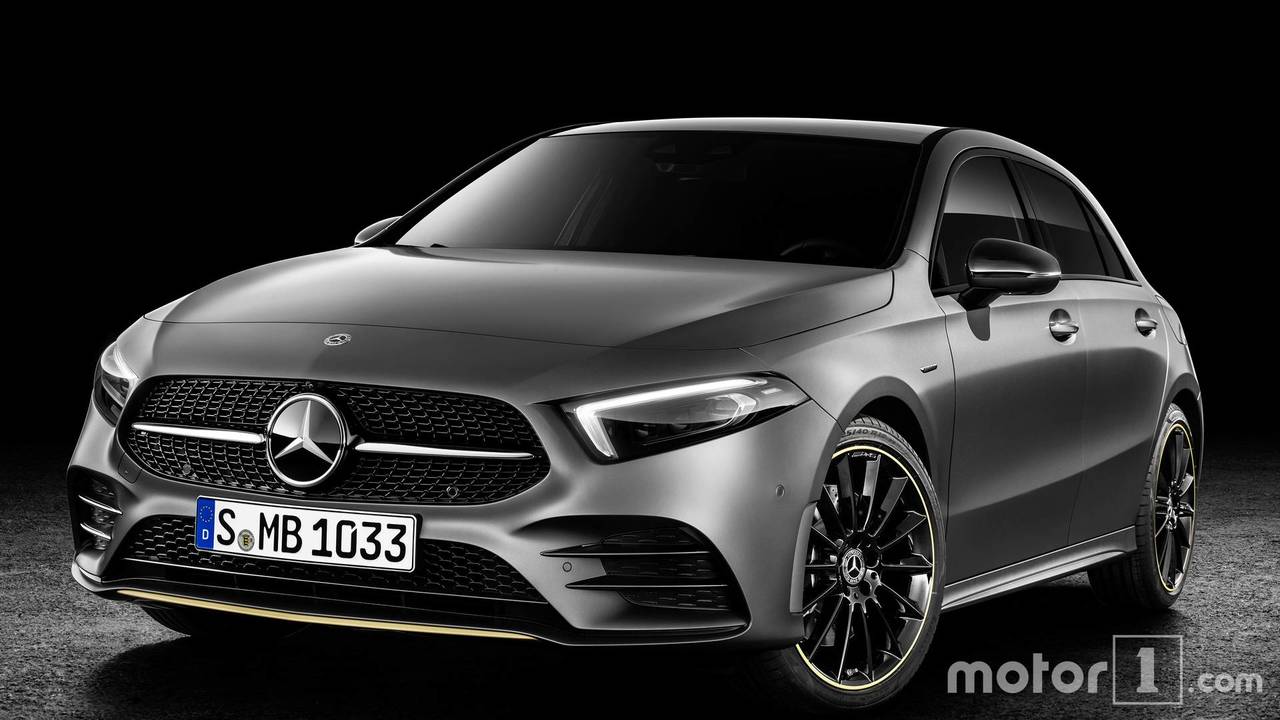 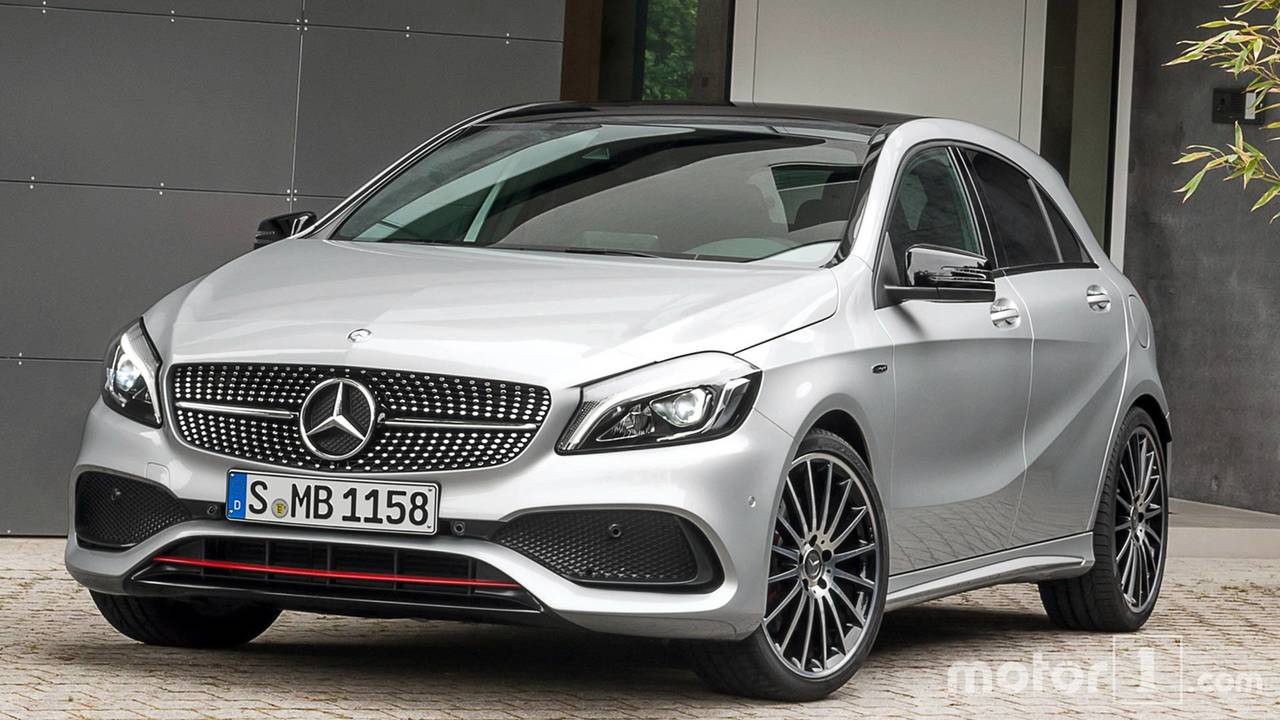 The front end of the new A-Class is sharp and sophisticated. The standard headlights are sharp and angular – and come with a new LED day running light design – and the new larger grille draws friendly comparison with the new CLS saloon. Buyers can also opt for multibeam LED headlights, each of which has 18 individually switchable LEDs.

Two lower vents are located at each corner of the bumper, and a larger, lower central intake also adds to the more aggressive look. The new A-Class is far more sculpted than the outgoing model, which featured larger headlights and a more rounded design. 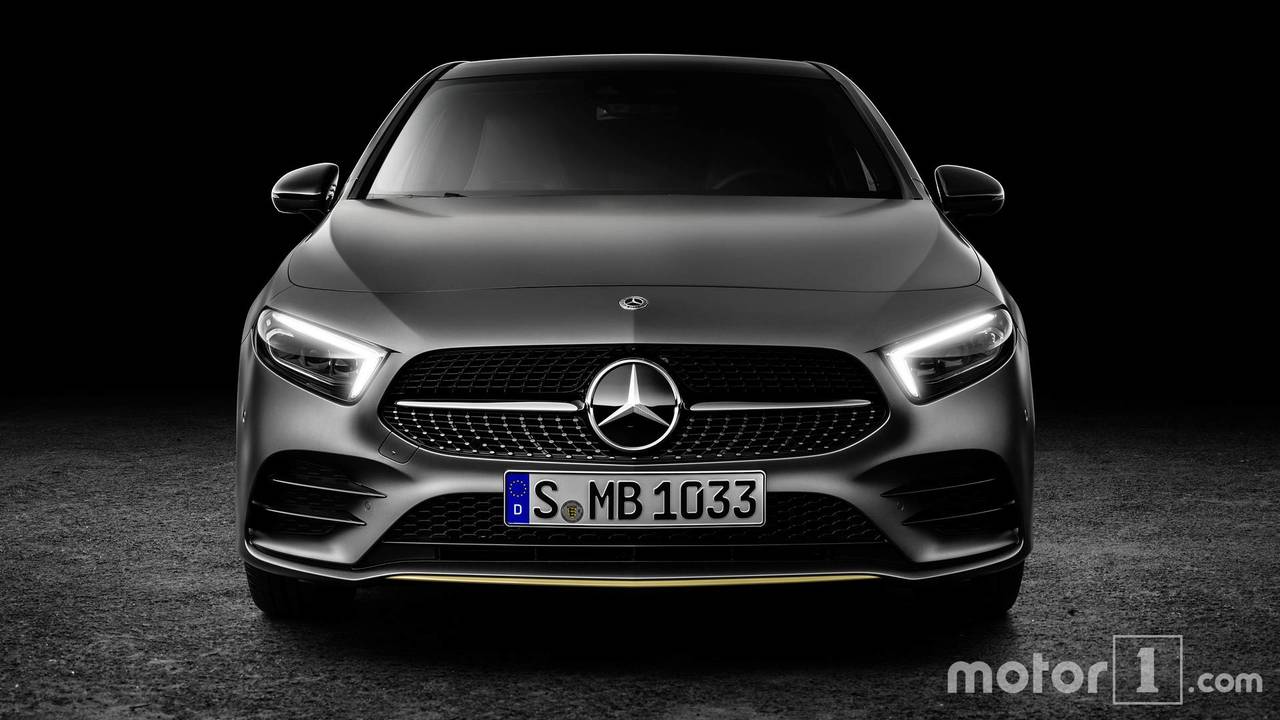 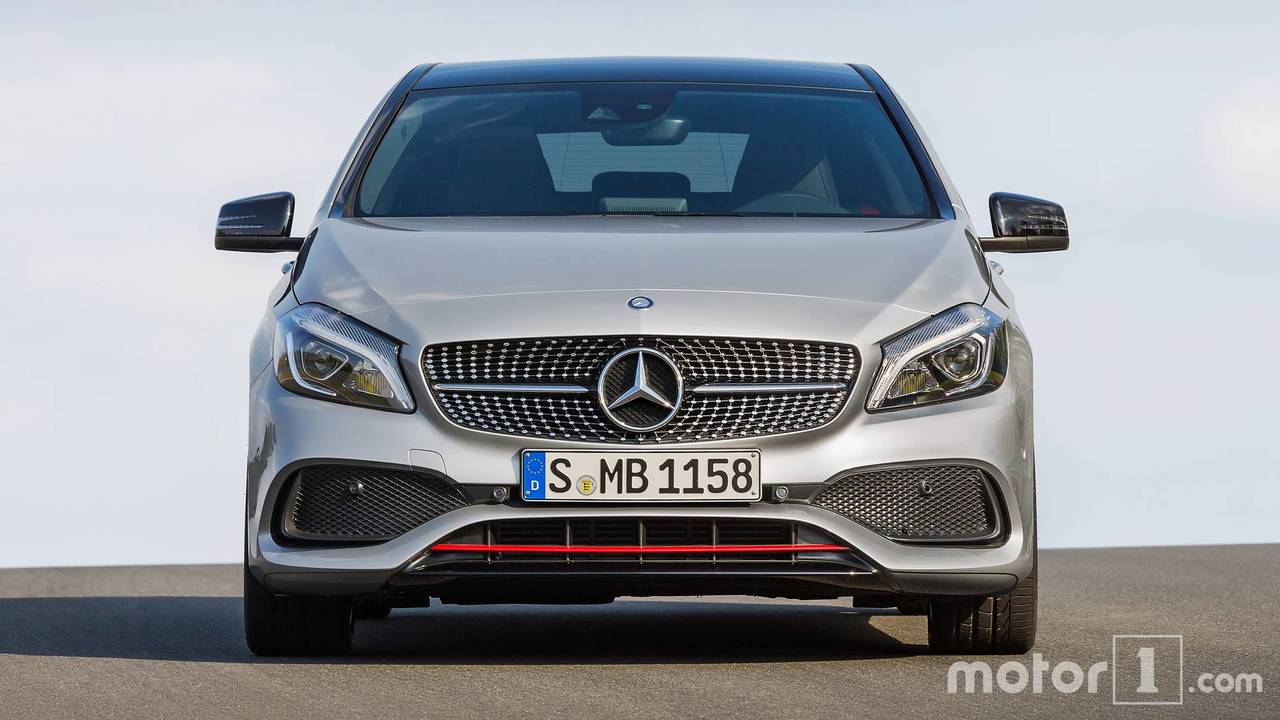 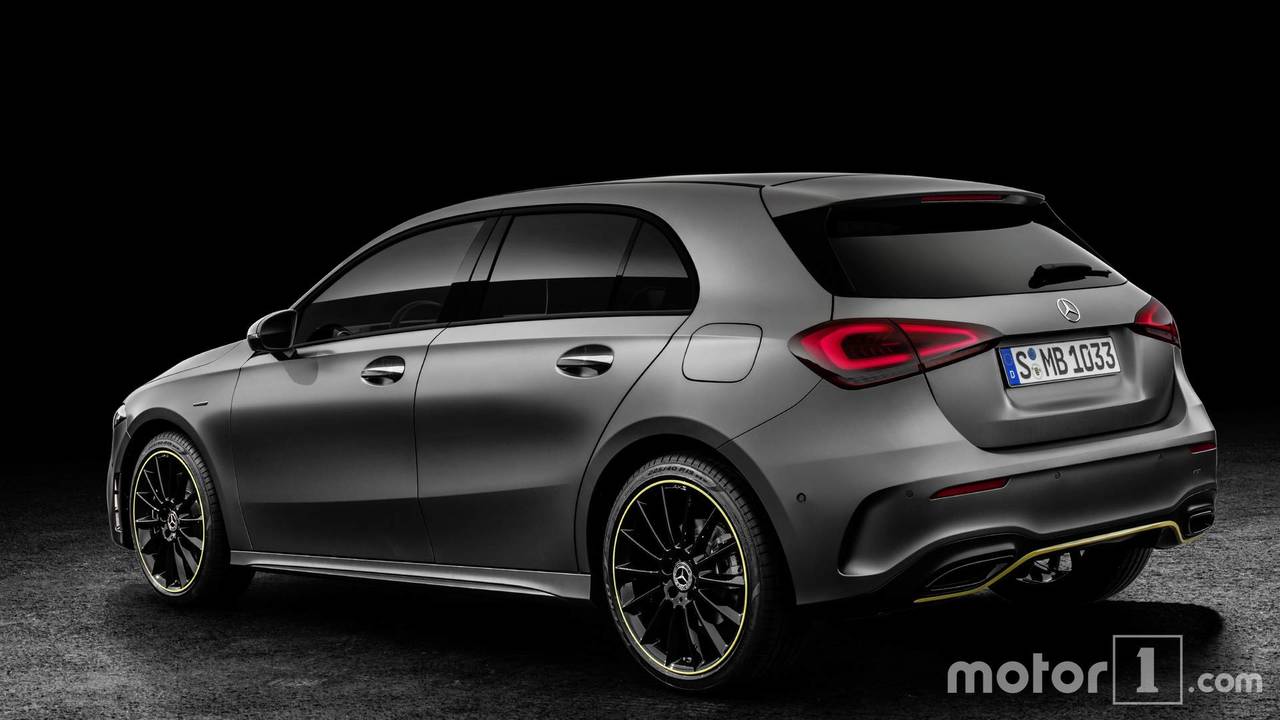 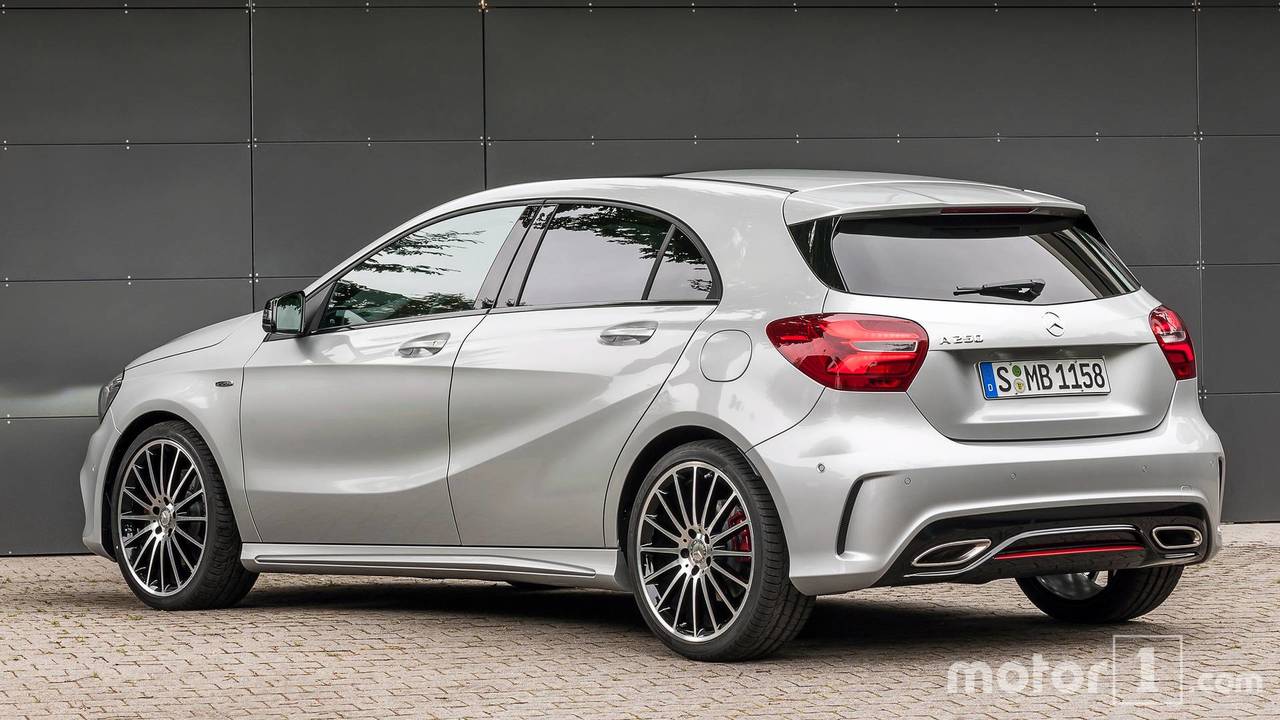 The back of the new A-Class is far nicer than the outgoing version. Gone are the bulbous rear lights found on the previous model, in their place are a set of brand new sculpted lights that stretch from the edge of the number plate frame to the corner of the car. The rear diffuser is also more pronounced. A sloping roofline appears to reduce the height of the rear window just a bit, but overall, it’s a far more appealing package than the previous model. 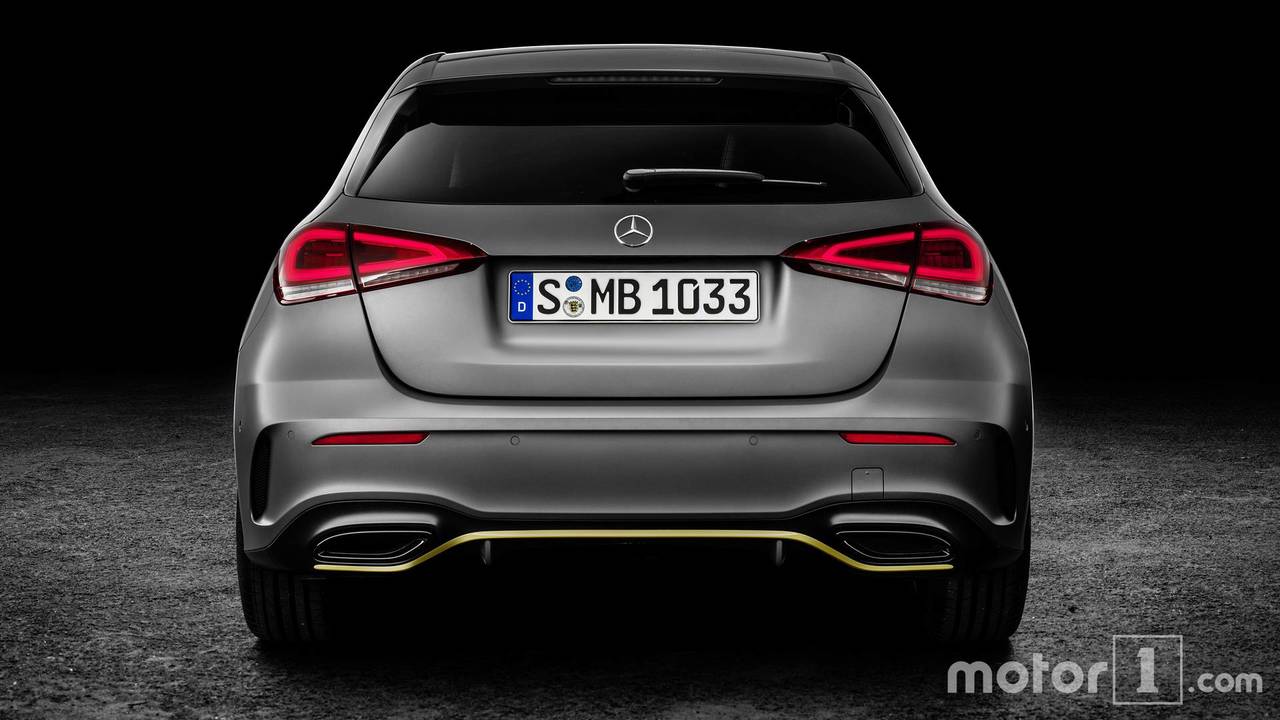 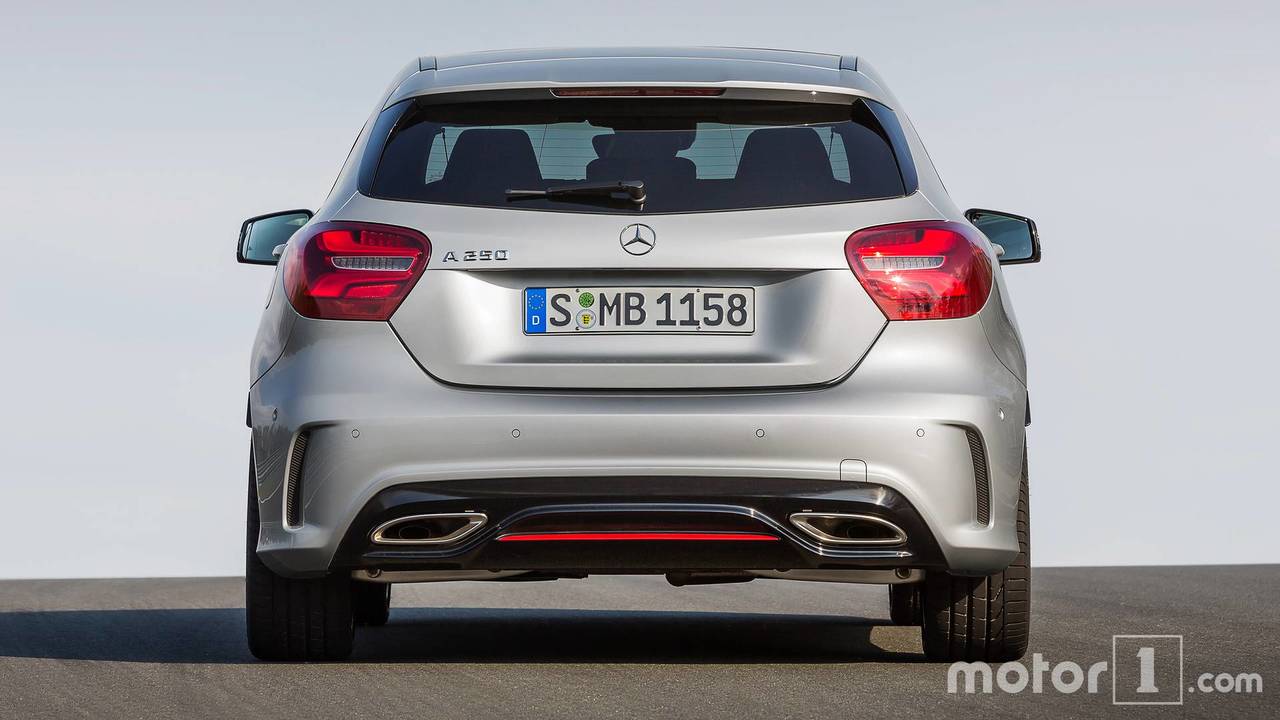 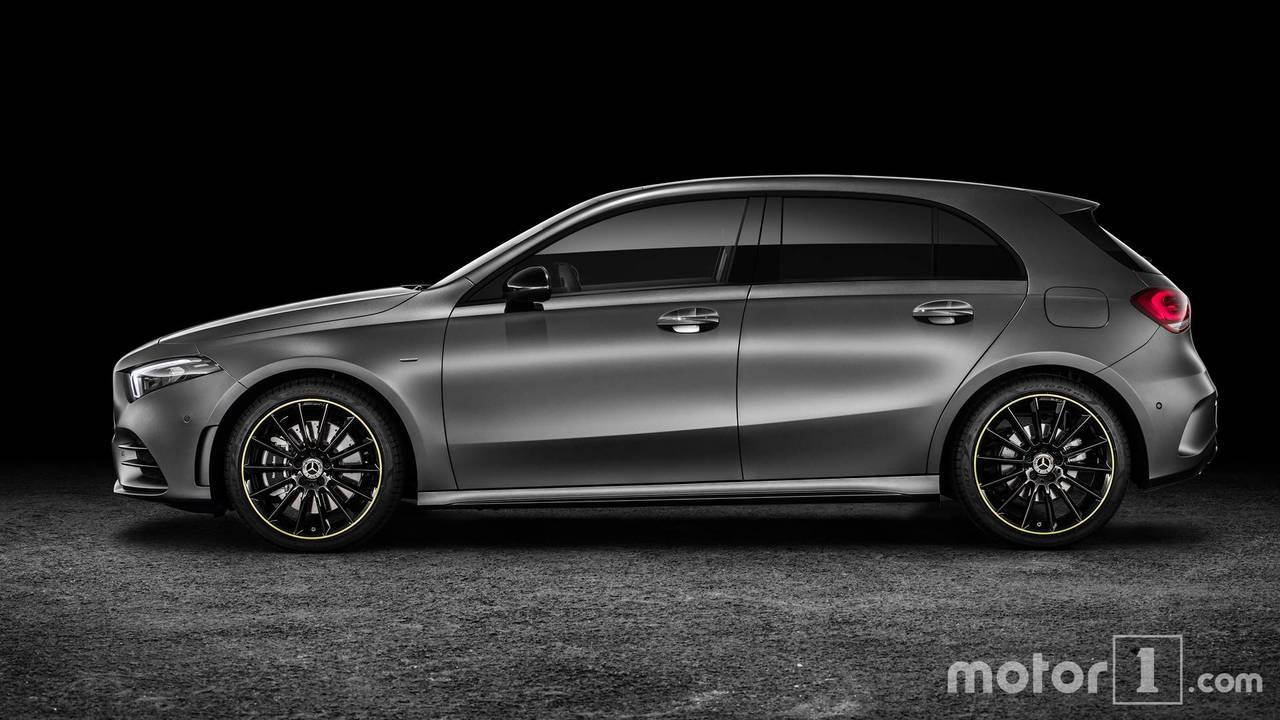 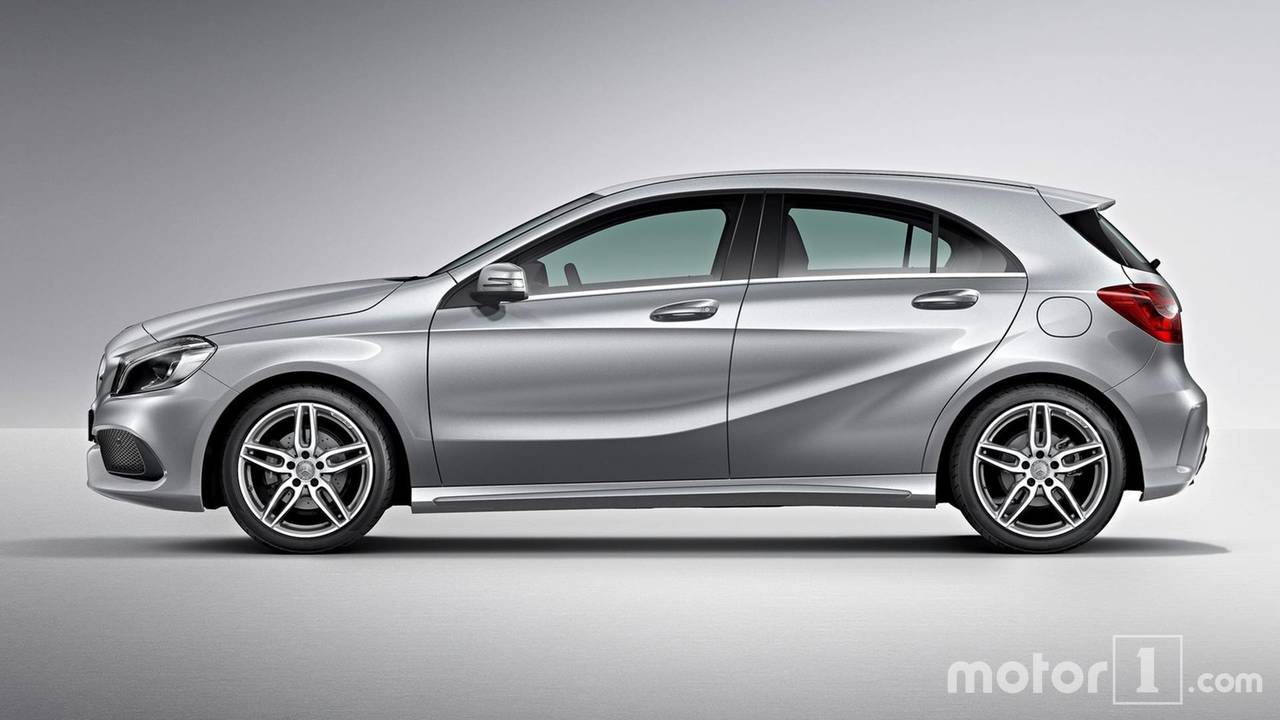 The side profile of the new A-Class has been toned down significantly in comparison with the outgoing model. The 'banana line' along the side of the car has been ditched in favour of something a little less droopy.

The new A-Class features a wheelbase that grows 30mm over the outgoing model, and a front track that's 14mm wider, which adds a bit more room in the cabin. 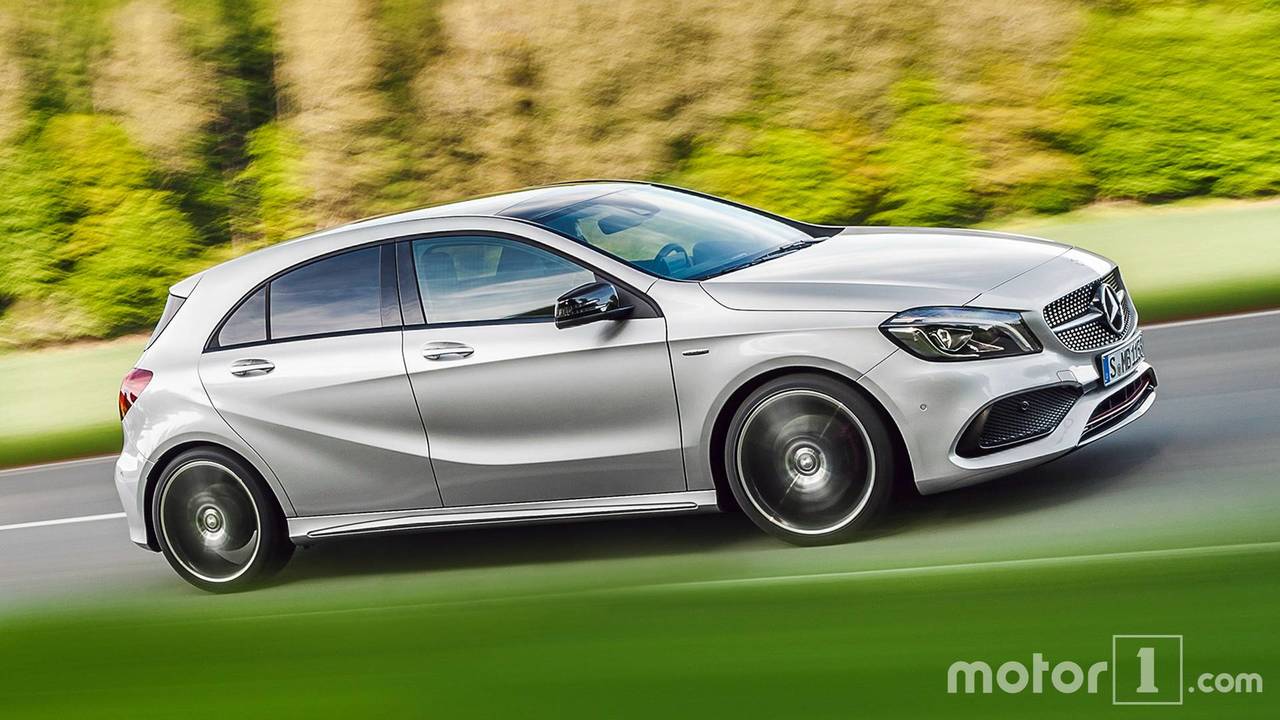 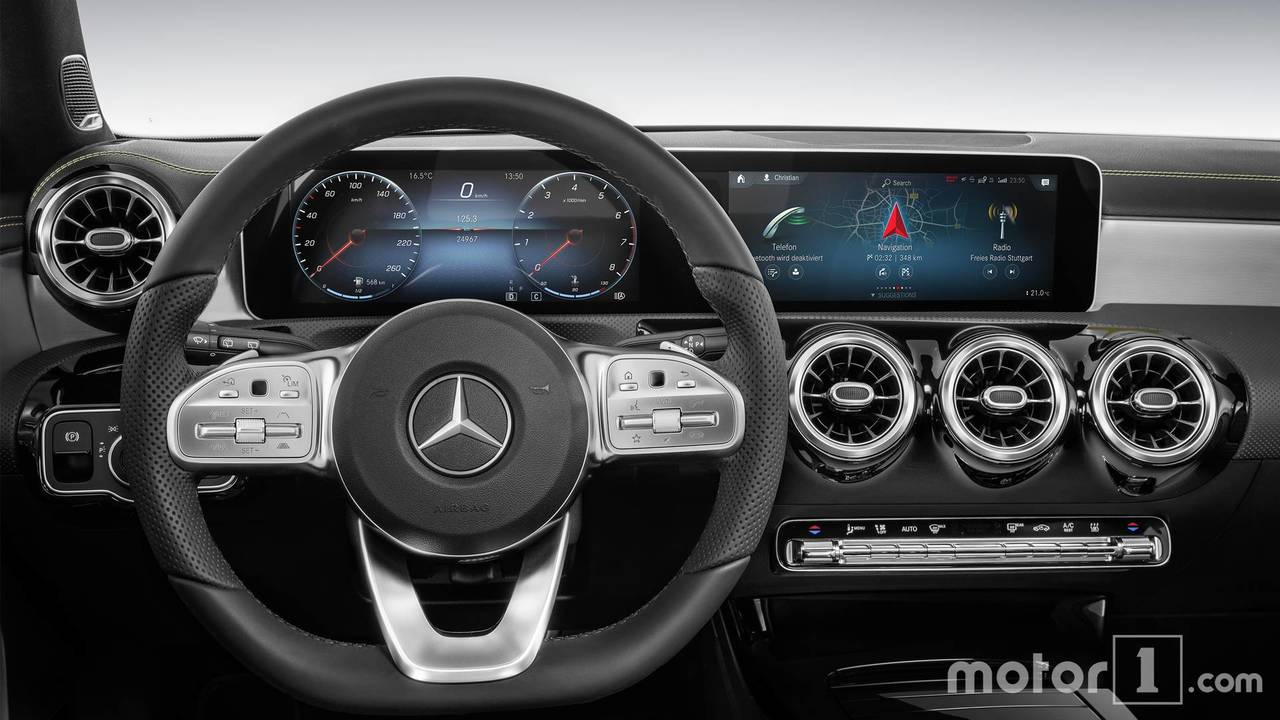 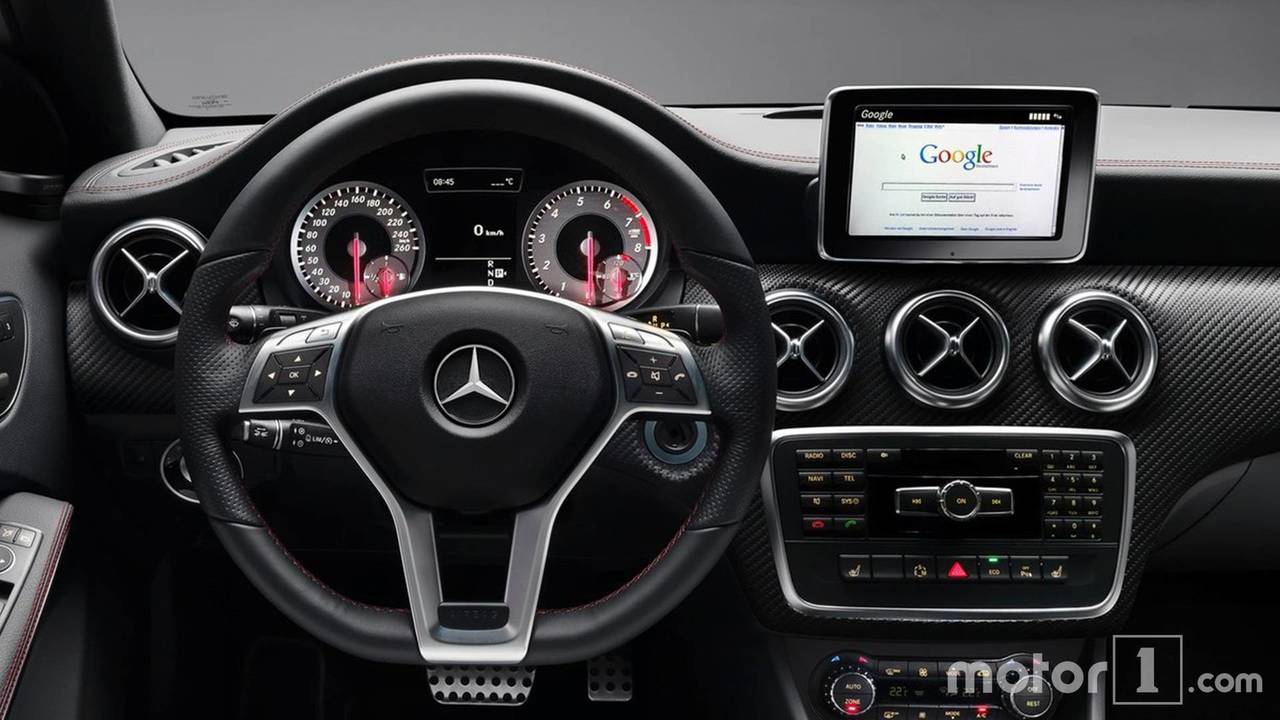 At first glance, the interior of the updated A-Class appears to carry over some elements of the outgoing model. The same centrally located air vents can be seen, for example, as well as a similarly styled steering wheel – but dig a little deeper and you’ll see that the new version is far more tech-focused.

The A-Class is the first Mercedes model to receive the new MBUX infotainment system. The digital instrument cluster and massive central infotainment screen replace the smaller screen and instrument dials on the previous model – the ones pictured here are the optional 10.25-inch screens, but 7-inchers are fitted as standard. You can mix and match and have both screens in the smaller or larger size, or one of each. 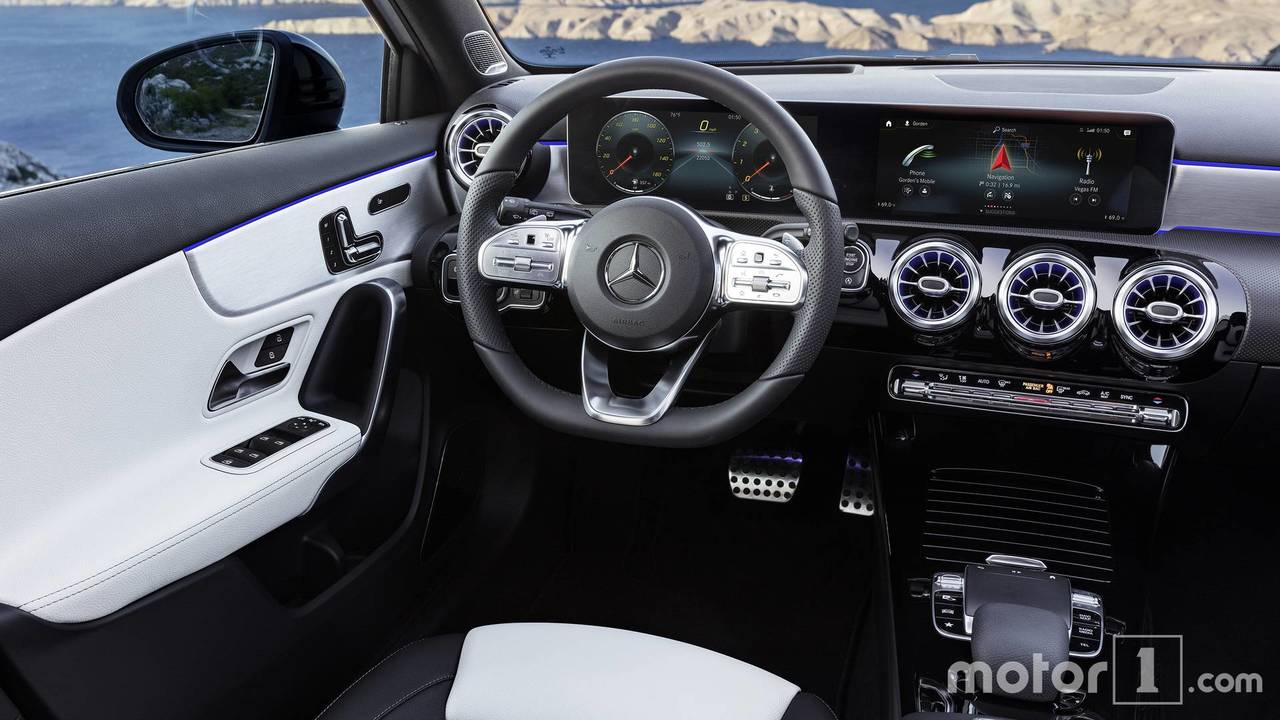 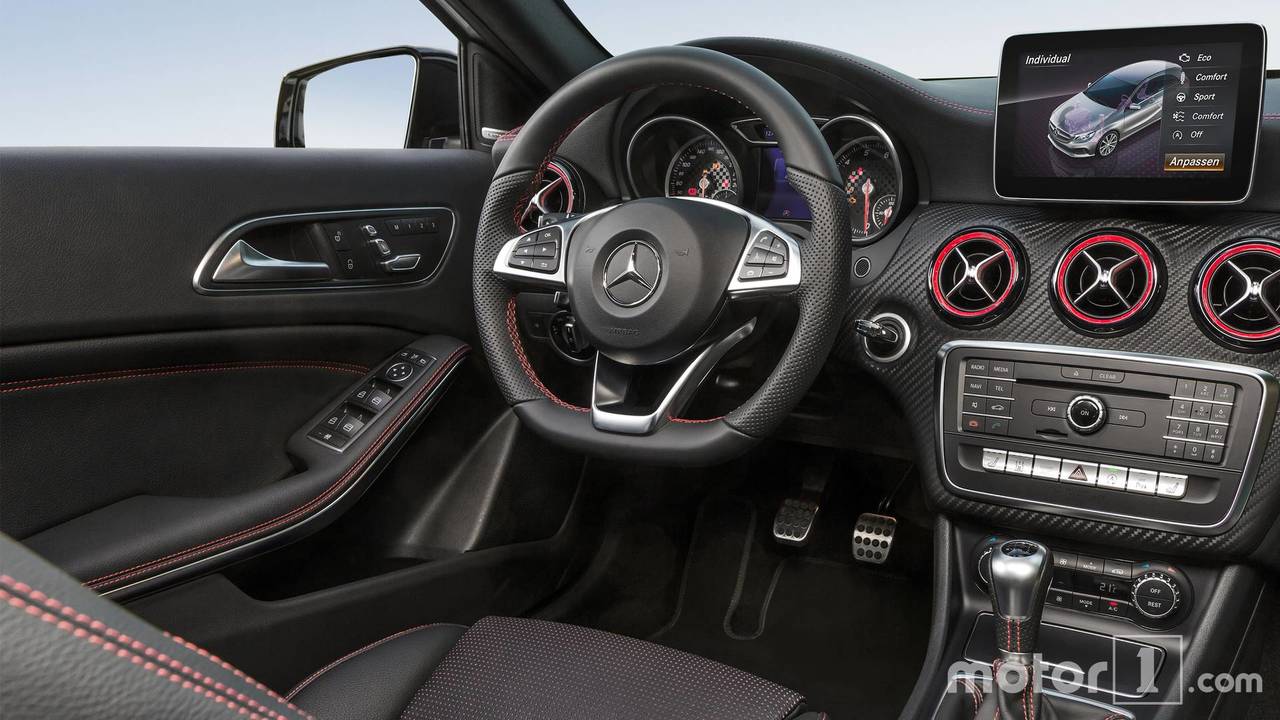 The box of buttons located under the air vents has been replaced with a more streamlined setup, and a larger new storage compartment, located just underneath the ventilation controls, helps the cabin feel less cluttered. There’s even an optional touchpad on the centre console that can be used to control the infotainment settings. Mercedes has primarily designed that feature for the Chinese market, where writing using the touchpad is more popular.