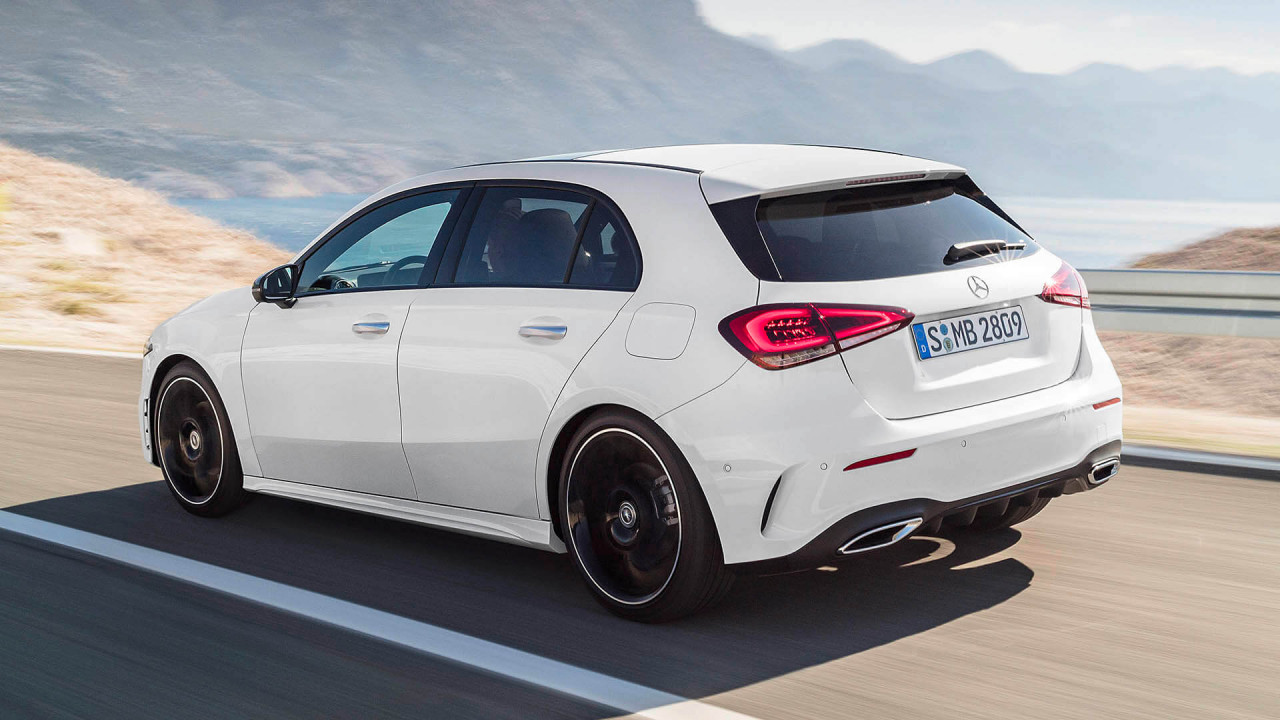 It's a subtle yet effective makeover for the entry-level Merc.

They grow up so fast, don't they? Mercedes has launched its all-new fourth-generation A-Class hatchback, and it's a sharper, more sophisticated affair that comes loaded with fancy tech that will impress your passengers.

The headline development on the new car is the inclusion of twin 7-inch digital infotainment/instrumental panels as standard, with 10.25-inch screens available as options. The screens are fitted under a single screen of glass to create a widescreen cockpit display. Mercedes says that the touchscreens have been designed to be as easy to use as possible, and use the company's new MBUX system that was revealed a month or two back at the Consumer Electronics Show in Las Vegas.

Mercedes usually saves its best tech for the S-Class saloon, but this humble hatch features the first example of the company's 'Hey Mercedes' intelligent voice control, which allows the driver to change a whole host of things in the car including temperature or music choice. An optional augmented reality feature on the satnav overlays navigation data and instructions on to live images from the car's cameras, to make getting around even easier.

Other big-car features making their way on to the A-Class are adaptive cruise control, lane-keep assist and safety features such as blind spot assist, which will look out for cyclists and pedestrians you might not have seen.

That seven-speed 7G-Tronic automatic transmission will be the only one available on the car at launch – a six-speed manual option will follow later in the year.

That's not it for engines though – there's a new A250 model arriving later in the summer that comes with a 2-litre four-cylinder engine, we're expecting to see a plug-in hybrid powertrain announced soon, and of course there will be a smoking AMG model hot on the heels of the range arriving shortly.

More room for everyone

There's more room on-board the new A-Class for people and stuff, thanks to improved packaging, a 30mm longer wheelbase and a 14mm wider front track. Load capacity has been increased by 29 litres over the previous car and now sits at 370 litres with the seats up. Mercedes has also made the boot opening 200mm wider, in order to aid practicality.

Other touches aimed at boosting the day-to-day practicality of the A-Class include a reduction in the cladding on the car's A-pillar, which makes for an improvement in visibility of 10 percent, says Mercedes.

As well as the touchscreen display that dominates the interior, the rest of the A-Class cabin has had an overhaul. Thanks to the small increase in interior space, the inside of the new hatchback is more comfortable for drivers and passengers.

The car gets the now-signature set of three metallic air vents in the centre of the dashboard, and anyone who has driven the larger models in the Mercedes range will recognise the touch controls on the steering wheel, which are like mini touchpads for your thumbs.

The displays on the touchscreen can be changed to different pre-set themes, and an optional ambient lighting system will equip you with 64 different colours of LED lighting to create just the right mood in the cabin.

Mercedes says that it has increased the size of the cubbyholes up front, which make the car even more practical than before.

You might find lots of tech features on-board the A-Class that you'd expect to find in larger cars, but there are interior touches too – as well as heated seats you can spec the A-Class with seat climate control and even a massage feature.

The new A-Class is available to order from March.