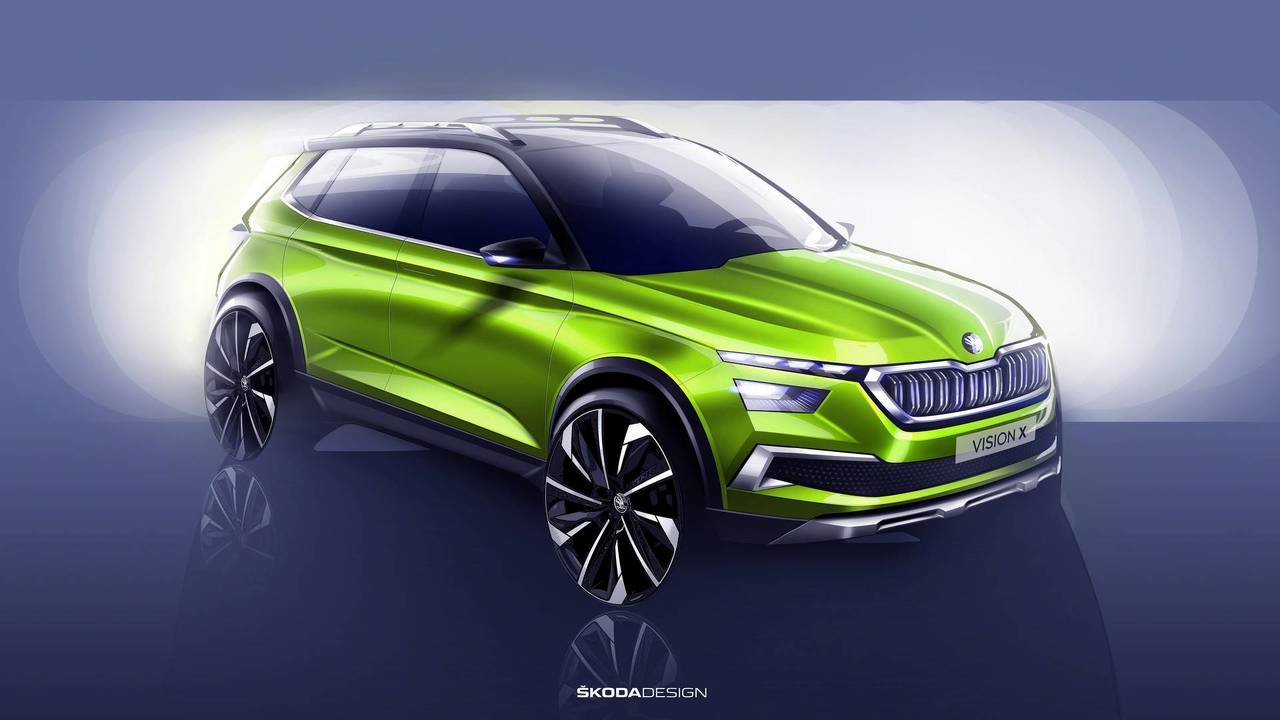 The Vision X concept is set to offer a first look at a future baby Skoda SUV.

Skoda has released a sneak peek at its the Vision X concept car it's all set to show off at the Geneva motor show in a few weeks. The small SUV will preview the Czech car maker's future design language and hints at a future baby SUV from the company.

The hybrid design study draws inspiration from Skoda's popular new SUV range. Skoda says it is 'the ideal companion for an active, urban lifestyle'. More practically, there's a large panoramic roof and distinctive 20-inch alloy wheels. The sharp bodywork draws inspiration from traditional Czech glasswork, say the concept's designers, and features a number of cues – such as the split headlight design and sharp lines – that will likely find their way on to future production models.

Inside the concept will be all new. While the exterior appears compact, the interior appears big and wide thanks to an ergonomically contoured dashboard. The dash houses a screen which contains the infotainment and connectivity services, while cut crystal glass elements around the cabin work to create dynamic lighting effects, or what the French like to call 'ambience'.

The concept will preview a potential baby SUV from Skoda, similar to the Ibiza-based Seat Arona and the as yet unreleased Polo-based Volkswagen T-Cross.

The concept will not only draw on Skoda's expanding SUV lineup, but will showcase the company's hybrid technology – we know very little about the Vision X's drivetrain, but Skoda has already stated that it intends to have electrified its line-up with a range of full-electric and hybrid powertrains by 2025.