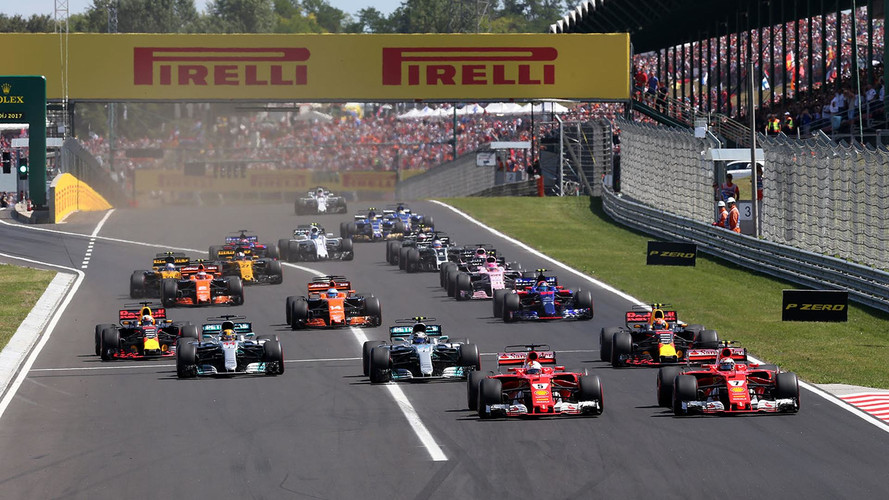 Formula 1 bosses have revealed plans to change Grand Prix weekend timings as they set about trying to modernise the sport and make it more appealing to non-hardcore fans.

The plans were widely reported as being under consideration last week, but now it has officially been announced that the entire weekend's timetable for European races is being shifted back in a bid to help attract a larger television audience.

Furthermore, the races will now start 10 minutes past the hour to allow broadcasters to better incorporate some of the pre-race build-up if their programming starts on the hour.

A statement issued by F1 said: 'Some broadcasters usually go on air precisely on the hour, hence missing the tension and emotion that characterise the minutes before the start of each grand prix.

'Thanks to this change, television viewers will be brought closer to the teams and the drivers and fully enjoy the spectacle offered just before the red lights go out.'

The French GP will also start at 4.10pm to avoid a clash with the World Cup group game between England and Panama.

F1 added: 'Other minor adjustments have been made in order to avoid clashes with other major sports events like the Fifa World Cup, to allow for differing sunset times, and to attract a wider attendance to promoters' events.'

The 2018 season is being seen by many as a stern test for whether new F1 owner Liberty Media is capable of handling the sport's complexities well. A new experience for television viewers has already been promised, and the sport trialled a number of initiatives during 2017 that could be rolled out on a wider basis in 2018, including an F1 demonstration that took place in London last July ahead of the British GP.