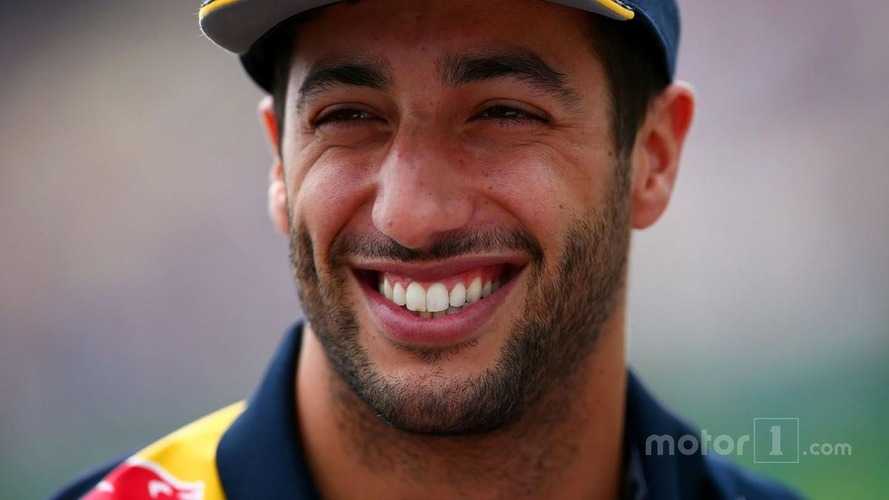 Racer says his next contract could mean the difference between a world title and nothing.

Daniel Ricciardo believes his next contract could be 'make or break' for his chances of winning an F1 world championship.

While Red Bull extended Max Verstappen's deal in late 2017, it has agreed to give Ricciardo time to assess his options ahead of a season in which most top drivers' contracts expire and there could be substantial movement in the driver market.

Now 28 and about to begin his seventh full season in F1, five-time grand prix winner Ricciardo believes he is facing the most important decision of his career. 'I've still got years in this sport, but I'm not 23/24 anymore,' he told Motorsport.com.

'I'm still learning. I don't feel I'm past my peak. The next contract I sign or next extension I do, they are potentially the peak years of my career. That next bit of paper I sign could make or break my desire in terms of whether I can fight for a title or not. That's why I'm taking my time, I want to see where everyone is at. Maybe I'll have more options, maybe I won't.'

He emphasised that he wanted his next contract – whether with Red Bull or elsewhere – to be long-term. 'I doubt I'll sign a one-year deal somewhere,' said Ricciardo. 'It's probably going to be a multiple year deal, two or more, so I need to make sure it's the right place, competitively.' Ricciardo has spent his entire F1 career so far under Red Bull's wing, and it also supported his junior career.

Red Bull chose to place him with back markers HRT for his F1 debut in mid-2011, before he was moved across to Toro Rosso – where he spent two seasons prior to his transfer to the senior Red Bull team for 2014.

'I've been dealing with [Red Bull motorsport advisor] Helmut Marko for 10 years now. Certainly I feel like part of the family,' Ricciardo added. 'Even in Austria, Tom Uberoll [Red Bull motorsports manager], him as well, since 2008. I've still got relationships outside of the Red Bull Racing team, and that's cool.

'Whether I was to stay at Red Bull the rest of my career, or eventually move on, I would still keep close to a lot of the people within the family. It's been a big part of my life, I'd never walk away from it and think "OK, that's the past", and completely forget about it.'