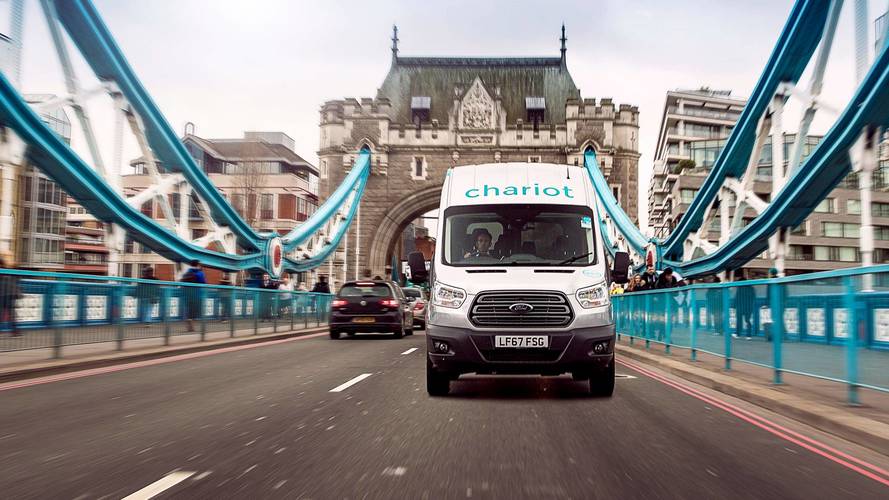 The US company is bringing its Chariot service to the capital.

Ford has been given the go-ahead to run its Chariot minibus service in London, and routes have already opened up in south London.

The pre-bookable service is initially slated to operate for a year on three routes and nine months on a fourth route on a trial basis, and will go up against Google's Alphabet and the under-threat Uber. The service already operates in the US in places like San Francisco and Seattle, but this is the first time the scheme has operated in the UK.

'This service has the potential to provide useful transport links in the areas they will serve, largely outside central London, and we will carefully monitor this trial,' said a spokesman at regulator Transport for London.

Chariot's first services include areas south of the river Thames, like the new Battersea power station redevelopment project, which isn't close to any underground stations. The four routes will link up residents with six main transport hubs, which include Clapham Junction, North Greenwich, Abbey Wood, Kennington, Vauxhall and Battersea Park.

Up to six shuttles per hour will run at peak times, with 14 fuel-efficient minibuses. The 14-seater passenger shuttles will be able to use London’s bus lanes, offer Wi-Fi, air conditioning, and overhead storage for laptop bags and briefcases. Selected shuttles will be wheelchair accessible at launch, and the professional drivers will be trained to assist passengers with special needs.

Ford says that from now until 14 February commuters will be able to use the service for free, on a first come first served basis, by inserting voucher code HELLOLDN in the payment section. Then, with a monthly pass, single journeys cost from £1.60, with single pay-as-you-go rides £2.40.

Chariot is accessed via a phone app that enables users to search for a nearby route and the closest available transport hub address. The app – offering dedicated customer support – will then locate the nearest convenient pickup point. Passengers can book a seat and track in real time the progress of shuttles that run Monday to Friday, during the rush hour.

The move comes as car makers look to diversify their offerings as more and more younger people turn away from car ownership. Former Ford subsidiary Volvo recently teamed up with Uber to supply cars and develop self-driving technology, while Jaguar, another former Ford property, has a similar agreement with Lyft.