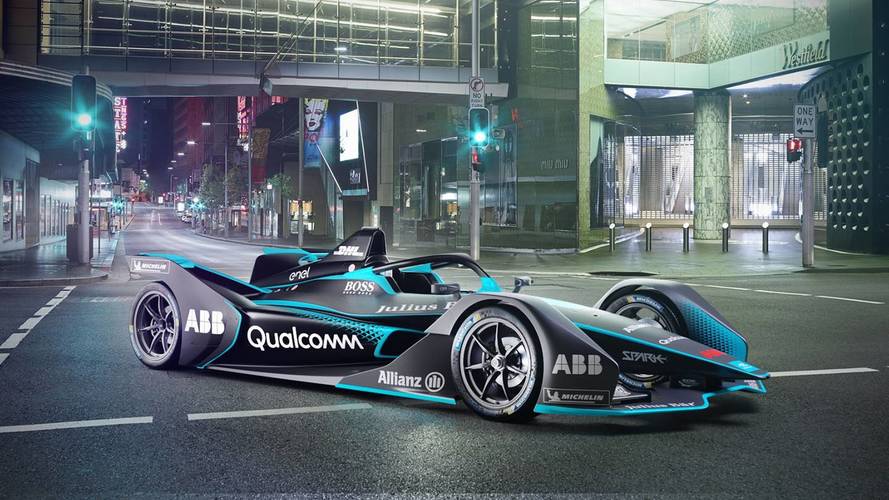 Exciting looks and batteries that go the distance for Formula E in 2018/19.

Formula E has revealed the latest images of its radical second-generation car that is set to be introduced for the 2018/19 season, which begins in December 2018.

Doesn't it just? The car is standard for all the teams and part of the brief for the tender – which was won by Spark Racing Technologies – was to come up with a car that looked as space-age as the technology underneath the carbonfibre.

The new Halo protection device around the cockpit has been lit up with LEDs, there's a massive rear diffuser and the car features Le Mans-style wheel covers. We love the aggressive front and rear wings, too.

The new battery will be supplied by McLaren Applied Technologies, which beat existing supplier Williams Advanced Engineering to the new contract. Both F1 teams have tried to broaden their efforts in recent years and unlock some money from all that engineering knowhow by setting up commercial divisions. McLaren Applied Technologies supplies the standard-fit FIA-spec electronic control units to all of the F1 teams and Williams Advanced Engineering has been developing an innovative new platform for electric cars.

What does Formula E CEO Alejandro Agag have to say about all this?

'When we started Formula E, our goal was to break the mould and challenge the status quo – bringing a revolution to motorsport,' he says. 'This next-generation car represents that revolution. The cars will be faster and will have almost double the amount of energy storage capacity and double the range, demonstrating the continuous evolution of battery technology.'

We'll get to see the first glimpse of the new-generation Formula E racing car at the Geneva motor show in March.