Fernando Alonso to race in WEC and Le Mans in 2018 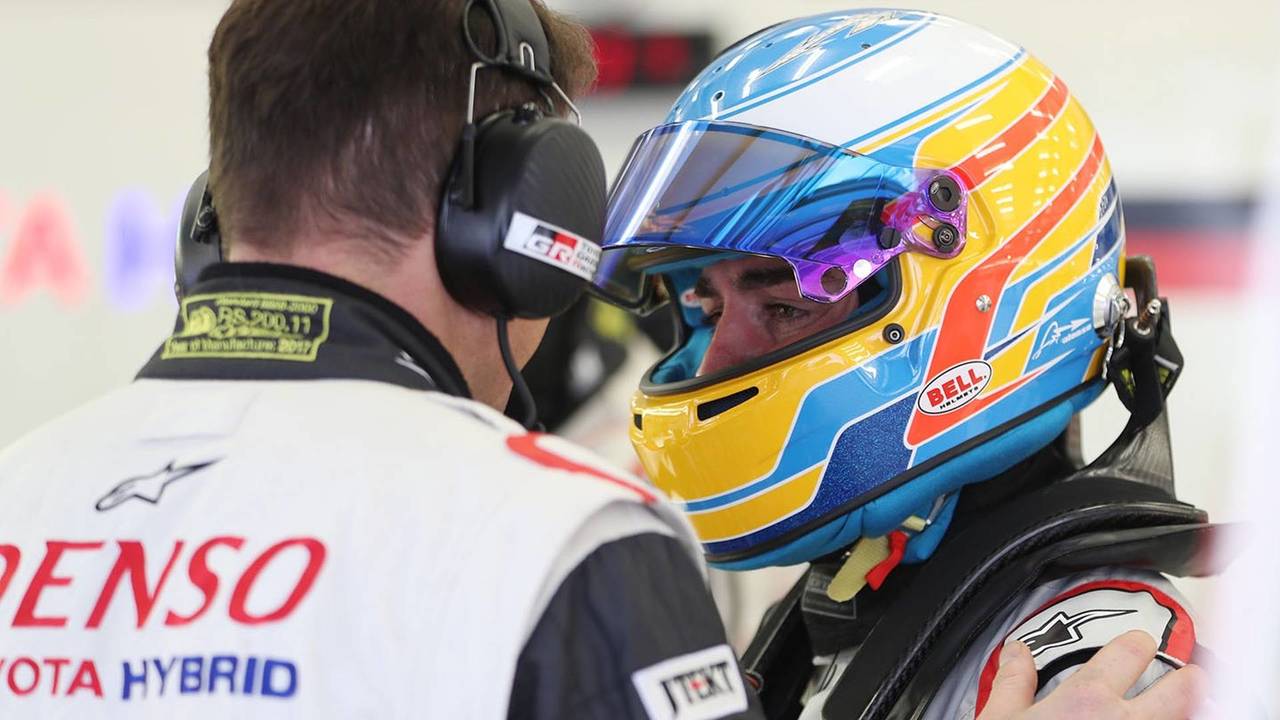 The two-time world champion will dovetail a full sportscar campaign with his F1 commitments.

Fernando Alonso will race in both Formula 1 and the World Endurance Championship this year, McLaren has announced.

Alonso, who tested for Toyota Gazoo Racing at the end of last year, recently made his endurance racing debut at the Daytona 24 Hours, and will compete in the majority of the WEC season this year for the Toyota team – including the 24 Hours of Le Mans.

Alonso will share the #8 Toyota TS050 Hybrid with Sébastien Buemi and Kazuki Nakajima, the Japanese car maker has confirmed. Toyota's other car will be driven by the unchanged lineup of Mike Conway, Kamui Kobayashi and José María López.

McLaren has said that Alonso's priority will remain F1 – as such he will be forced to skip the Japanese WEC round at Fuji, which clashes with the United States grand prix. Ex-F1 driver Anthony Davidson, who Alonso will replace at Toyota, will likely deputise for the Spaniard at Fuji in his new role as test and development driver.

'It’s no secret that Fernando has wanted to contest the Le Mans 24 Hours. And I think everybody within our organisation appreciates that a motivated, hungry and happy world-class driver such as Fernando is a formidable asset for any team in F1,' said Zak Brown, head of McLaren's F1 team.

'Last year, we came to the joint decision to go racing with Fernando at the Indy 500 rather than at the Monaco grand prix. But we’ve always said that we would consider each opportunity on a case-by-case basis, and we both know that, in 2018, our core priority is success in Formula 1.'

Alonso's push to compete in sports car racing is part of his bid to complete motorsport's triple crown – winning the Monaco grand prix, the Indianapolis 500, and the Le Mans 24 Hours. He previously won the Monaco grand prix in 2006 and 2007, and competed in the Indy 500 for the first time last year after skipping the Monaco F1 race. He was a frontrunner in the 500 until engine issues halted his progress.

'I’ve never been shy about my aim of winning motorsport’s "triple crown" – the Monaco grand prix, the Indy 500, and the 24 Hours of Le Mans,' said Alonso. 'We tried for Indy last year, came close, but just missed out. This year, I have the chance thanks to McLaren to race for the win at Le Mans. It is a big challenge – much can go wrong – but I am ready, prepared and looking forward to the fight.'

'My deal to race in WEC was only made possible through the good understanding and strong relationship I have with McLaren, and I’m very happy that they listened and understood what this means to me,' he added. 'In no way will this challenge take away from my main target of Formula 1 with McLaren. In 2018, my aim is to be competitive at every grand prix, and I feel sure that we are closer to achieving that.'

Graham Hill is currently the only driver who has won the triple crown – he won Indianapolis in 1966, Le Mans in 1972, and took five Monaco grand prix victories between 1963 and 1969. The active driver closest to matching the achievement is Juan Pablo Montoya, who won the Indy 500 in 2000 and 2015, and won the Monaco grand prix in 2003, although he is yet to race at Le Mans and is unlikely to feature in this year's race either.