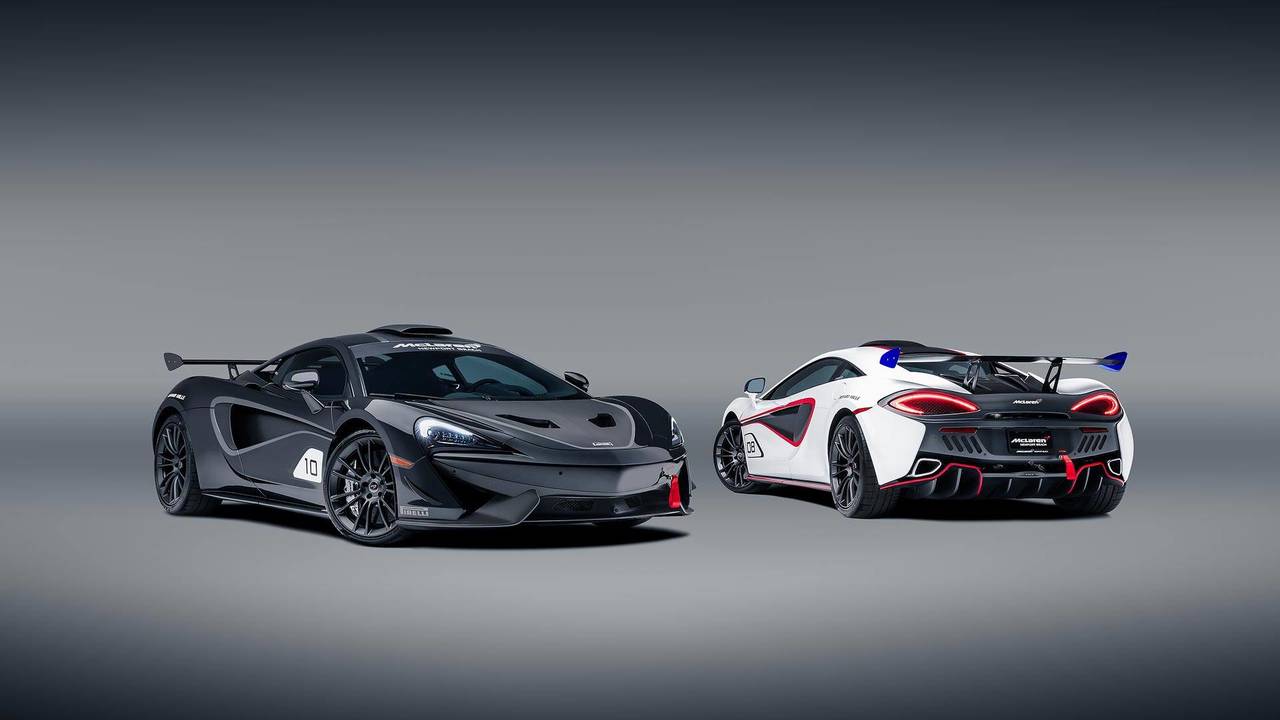 10 road legal 570S GT4s have been put together for a Californian dealer.

McLaren has built a handful of road legal versions of its 570S GT4 race car for a dealer in America. McLaren Newport Beach ordered the 10 cars from McLaren Special Operations, or MSO – the British car maker's in-house skunkworks.

The road-legal GT4, which has been called the MSO X, is designed to mirror the external appearance of the racer. Inside and under the bonnet though, GT4 regulations dictate a production base, so there's very little in the way of change there.

As well as sporting liveries inspired by the McLaren F1, the new cars feature a handful of aerodynamic aids derived from the iconic three seater. There's a fully functional ‘goose neck’ carbonfibre roof snorkel for enhanced induction airflow, a pylon-mounted rear wing that provides approaching 100kg of extra downforce, and front dive planes. There's also a titanium sports exhaust to turn up the sound to 11, and plenty of carbonfibre enhancements.

'The MSO X collection is the perfect example of the rich vein of bespoke service offered by McLaren Special Operations. Customers come to us with their thoughts and ideas and MSO works with them to set boundaries within which they can then let their imaginations run wild,' said Jolyon Nash, McLaren's head of marketing. 'What could be better than a McLaren buyer playing the role of ‘race engineer’ in briefing the MSO team and directing them to test and validate those ideas to create a race-bred road car such as this?'

Inside, the car uses the same Monocell 2 chassis as the racing version, but here the carbonfibre has been left exposed. There are also carbon seats and a place to put your (probably carbon) helmet. Finishing touches are a colour-matched harness bar, McLaren Track Telemetry and cameras, and the removal of a storage bin to save weight.

So it looks like a track car, sounds like a track car, and it comes without all the things you haven't put in it yet, but is it a track car? Well, yes. McLaren intends for the car to be driven to the track, round the track, then back home again – and given the company's great reputation of road car usability and impressive GT cars, we reckon this'll be fantastic.

'The aim of this project was to have a serious track car that could still be driven on the road and this finished project screams "race car" to the casual onlooker,' explained Pietro Frigerio, dealer principal at McLaren Newport Beach. 'To have the MSO X project go from renderings at the Goodwood Festival of Speed last July to the 10 magnificent supercars that we handed over to our excited clients today, is nothing short of amazing.'