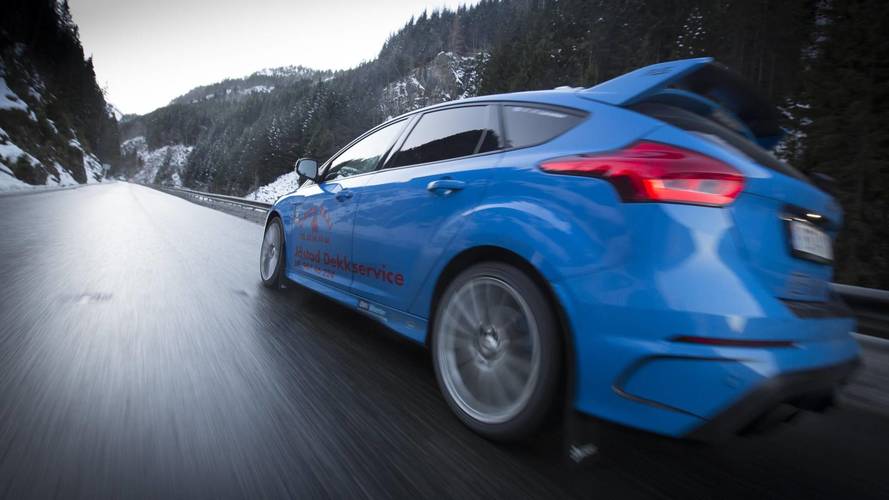 'South of the fjords at this time of night, mate?'

There have been times for all of us when we've been running late and wished a taxi driver could step on it a little bit, but Evald Jåstad from Odda in Norway is running a fast cab that will shave vital seconds off any journey – a Ford Focus RS.

You would think that a frugal-minded cabbie would want to run something a little more economical – a large, diesel-engined saloon perhaps, or a new London taxi with its 80 miles of electric-only range. Or, especially in the world's electric vehicle utopia, something that doesn't use any petrol or diesel at all.

Jåstad is clearly a man of his own mind, however, and he has managed to rack up a hugely impressive 79,000 miles in the 18 months he has been running his taxi cab. Regular customers have nicknamed the car 'Blue Lightning' thanks to the Focus RS’s 345bhp, 2.3-litre EcoBoost engine.

The taxi driver's first job every day is a 10-mile round trip from Odda through breathtaking Scandinavian scenery to take his son to nursery before locals and tourists call on him to take them across the Trolltunga cliffs in style. 'There are not many people who can say they live their dream. But I am definitely one of them,' says the 36-year-old father of two. 'When I drive him to nursery, all the way there, Martin shouts out ‘Bånn gass! Bånn gass! – More gas! More gas!'

But how does the Focus RS taxi compare with your typical London taxi?

Watch the video documentary made by Ford of Europe that spends a little time with Jåstad at work in his home town of Odda and meets some of the customers he comes into contact with from day to day in his crazy taxi.