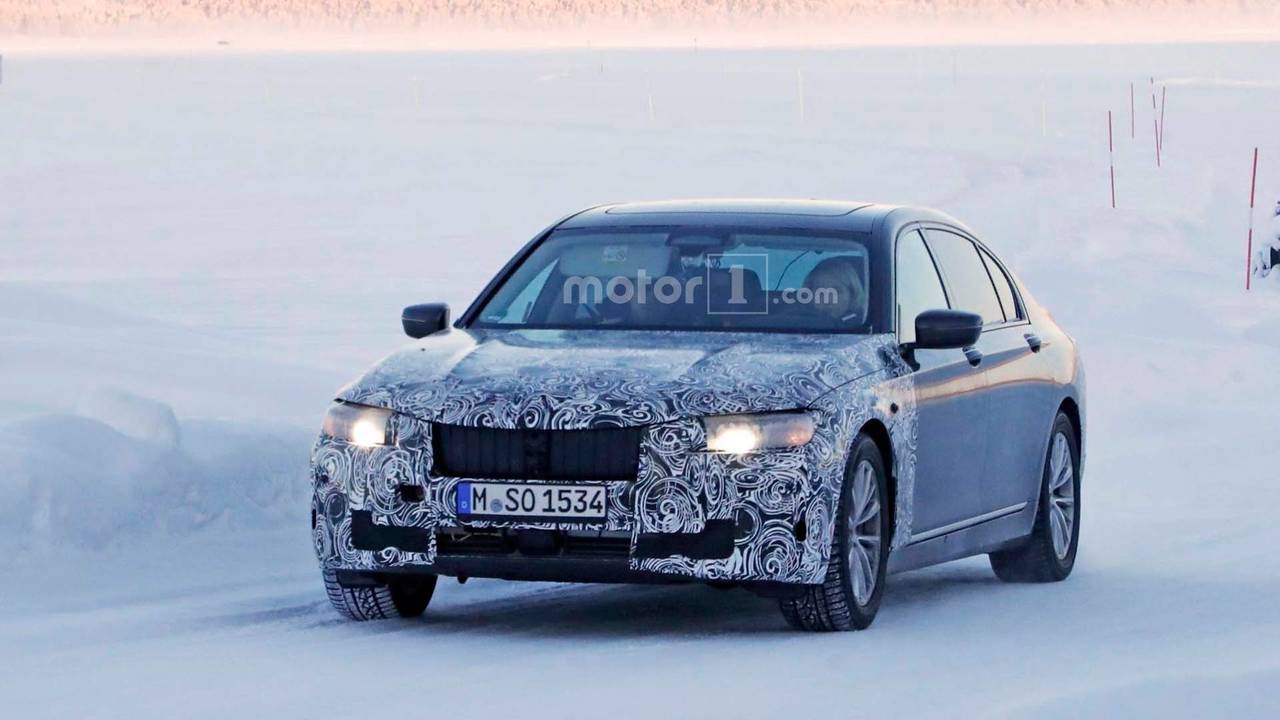 The front and rear coverings hide minor updates to the current model.

What with manufacturers keen to keep a tight lid on their expensive new developments, they're often not particularly happy to see our spy photographers lurking in the trees – but the occupants in this thinly disguised BMW 7 Series, however, offer a polite wave as they scamper along through a decidedly snow-covered landscape.

We haven’t seen too much of this car, which is set to benefit from a minor facelift front and rear for its mid-life update. The current 7 Series is only a couple of years old, but BMW is certainly keen to keep pace with Mercedes-Benz and Audi, both of which have revealed new flagship saloons in the last year. There obviously won’t be nearly the same changes to the BMW compared with what we've seen on the S-Class and A8, but underneath the camo on this 7 Series is a new set of headlights nestled above a tweaked front bumper. Some reshaping to the car maker’s signature kidney grille is also expected.

Things are a bit less dramatic at the back, with new tail lights at the corners blending with the existing designs on the trunk. Lower body lines on the bumper seem close to the current model, but the bumper itself will have some minor reshaping to round out the subtle exterior update.

Inside, we expect to see some minor updates to trim and materials, though it’s not yet confirmed if the car will adopt a glass cockpit design similar to the giant touchscreen numbers on the Audi and Mercedes. We do expect the new 7 Series to incorporate the latest safety systems and driver assists, which could include Level 3 autonomous capability to compete with the A8. Engines should carry over from the current model, though horsepower upgrades throughout the lineup are expected.

The refreshed BMW 7 Series should debut later this year ahead of going into production and then on sale in 2019.