Rolls-Royce customers set to get exclusive preview of new SUV 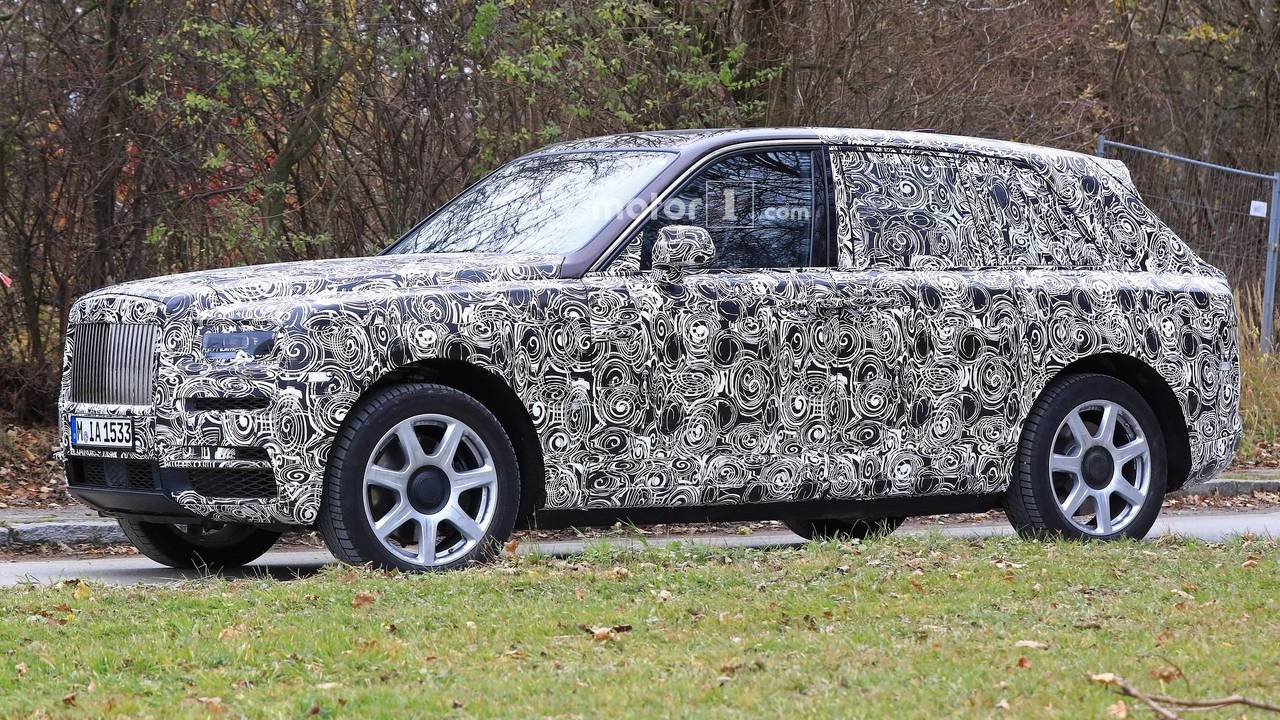 We're still waiting for our invite.

The covers will finally come off Rolls-Royce's long-awaited first SUV this summer, but most of us won't be seeing it.

Up until now we've known the portly soft-roader as the Cullinan, but Rolls-Royce insists that this is just a placeholder name that the company has been using internally – the real name has yet to be confirmed.

Whatever it ends up being called, the new car will be shown to prospective customers later this year in a series of 'closed-room' events. It is currently being fine-tuned on the Nürburgring as engineers strive to make the car 'effortless to drive everywhere.'

Unlike Rolls-Royce's other recent lineup addition, the Ghost (and its coupe derivative, the Wraith), the new SUV won't be based on a BMW platform. BMW is introducing its own high-end luxury SUV, the X7, but the Rolls-Royce SUV will be entirely new, using a bespoke aluminium platform.

'We are not using mass-manufactured body shells. That limits what you can do on the design side, and it undermines exclusivity massively,' said Rolls-Royce CEO Torsten Mueller-Oetvos. At the same time Mueller-Oetvos took shots at Bentley Bentayga and Lamborghini Urus. Both rivals, despite wearing more prestigous nameplates, are actually based on the much more mundane Audi Q7.

Other than the fact it exists, we have very little concrete information on the new Rolls-Royce SUV – a car Rolls-Royce is actually refusing to call an SUV, instead dubbing it an 'all-terrain, high-sided vehicle'. However, it can be expected to be powered by the same 6.75-litre V12 engine used in the new Phantom that's good for over 560bhp.

After the rich and famous have had a peek at the new car, expect a public unveiling towards the end of the year. That's when sales will start too, ahead of deliveries in early 2019.