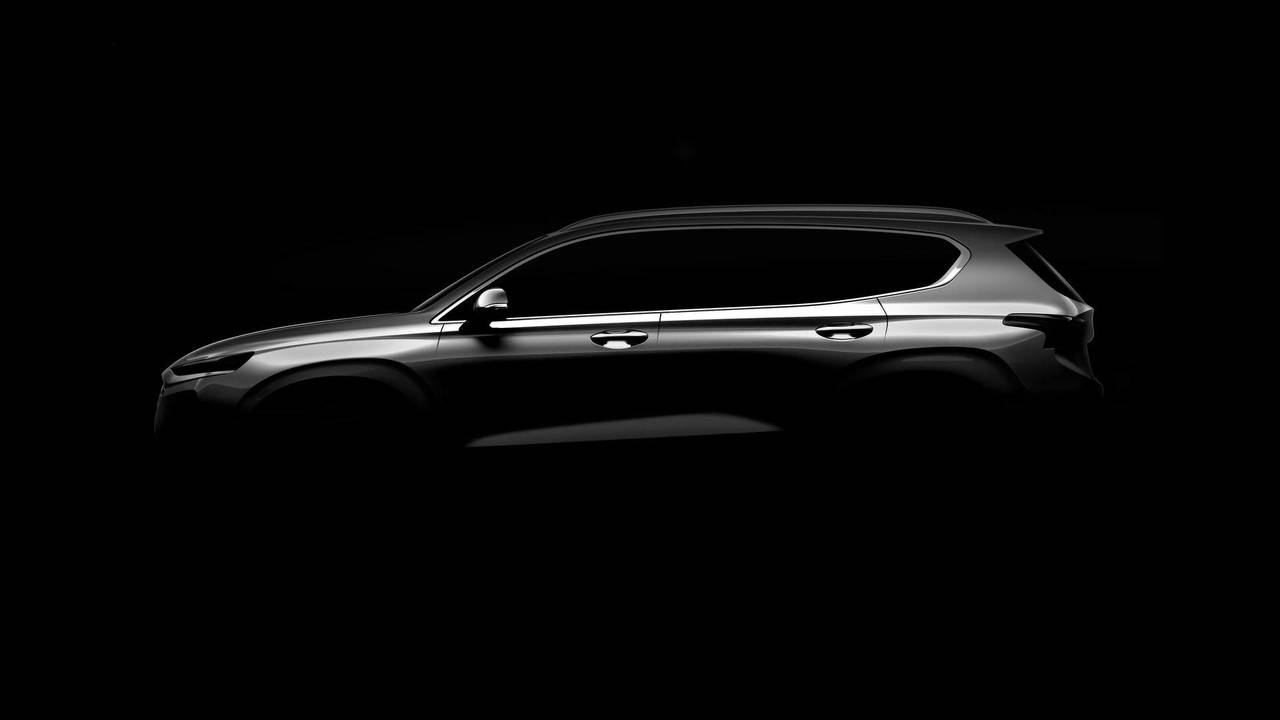 The flagship Korean SUV is going into its fourth generation.

Hyundai has released a first teaser image of its new range-topping Santa Fe SUV, which is expected to make its public debut at the Geneva motor show in March.

In truth, we should know all the details about the new car before then, as Hyundai has indicated it will release information about the large 4x4 in February.

The first Santa Fe was launched back in 2001 and captured a strong slice of the market in the UK as a stylish family SUV on a budget. Hyundai will be looking to build on that success while no doubt seeking to move the car slightly more upmarket and improving quality across the board.

There’s no word on engines for the new car yet – the outgoing car received some criticism for only being available with a single 2.2-litre diesel engine, and it could be that the new Santa Fe will broaden the lineup with some petrol or even hybrid options.

Hyundai is already keen to talk up the technology available on the new SUV – the Korean manufacturer says that the car will get rear cross-traffic alert, automatic braking and other features that have been developed to enhance safety.

The teaser image gives us a further look at the styling that confirms initial impressions from the test prototype we spied in Germany last year. That car seemed to indicate business as usual beneath its extensive cladding – split lights at the front and wide lights at the rear. The wheelarches also indicated a more squared-off look along the sides, which could suggest Hyundai is going for a more aggressive look – a hunch borne out by the teaser image, which shows the car more upright and squared off.

At any rate we’ll know within a few weeks as Hyundai prepares to unveil its fourth generation of Santa Fe officially.